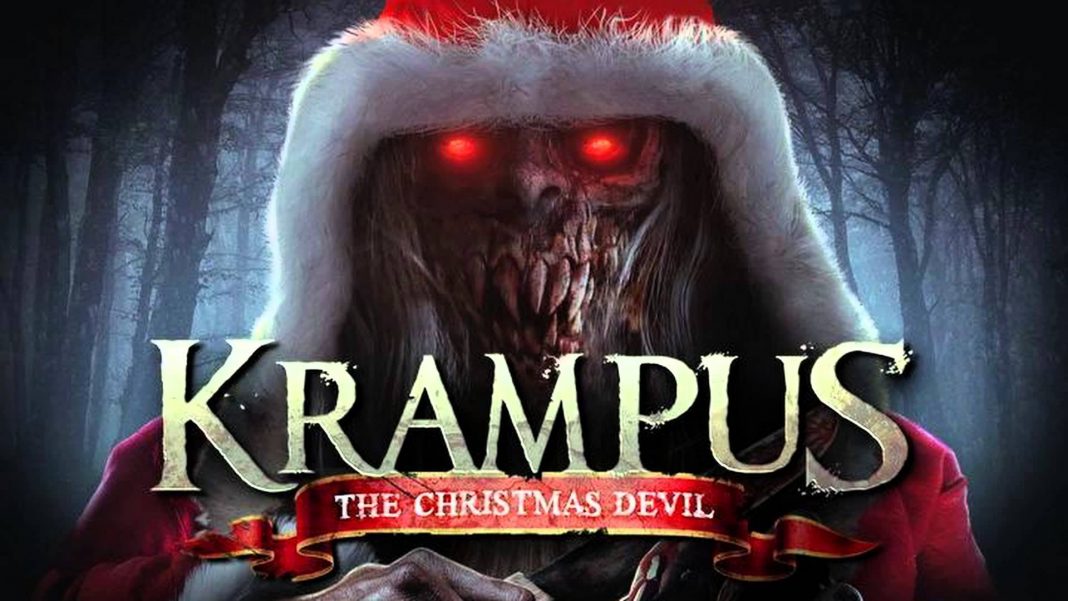 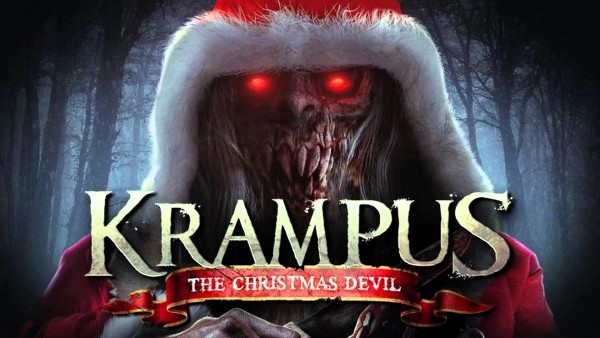 If you are looking for a good, creepy movie to get into this holiday season (and who isn’t) Krampus is the one for you to see. It is just the right kind of scary and will leave you eerily satisfied.

The opening credits are genius too as it shows the stark contrast in the way people act during holiday season vs. what Christmas is really supposed to be about. Outside of the religious aspect that many people ascribe to, it’s about family, giving and being thankful. But the scene we see in the first few moments of the film are anything but that. In fact, the family that the movie centers around has the first dose of conflict when their son Jason gets into a fight during a holiday program.

Taking place in a suburban neighborhood in anytime USA, we are taken on a journey with a family who like any other family during the holiday season. Well maybe with a little-added dose of crazy. Sarah, played by Toni Collette, slaves to make a Christmas dinner for her children, husband and in-laws but as it goes most years for her when her sister Linda visits, things are more stressful and than merry. Mostly because her kids are bad, and her husband is a gun toting hard guy who gives Sarah’s husband Tom (Adam Scott) a hard time.

Max (Emjay Anthony) always feels a certain kind of way when his cousins visit because, like their father does to his father, they give him a hard time, but regardless of what they say or think, he never lets anyone steal the joy he finds in writing Santa his traditional Christmas letter.

Only this year, somehow his girl cousins Jordan and Stevie, who are the biggest tomboys you will ever see, get a hold of his letter and not only reads it but does so in front of the whole family during dinner. He is humiliated because he put some pretty personal things in the letter about his family and theirs. They get into a fight; the parents break them up, and he runs to his room. Later Tom tells him that you can’t choose your family, so you have to love them through their flaws. He hears his dad, but the pressure of everything going on with his parents, the stress of his cousins and the let down that Christmas doesn’t feel like he’s used to causes him to lose his “faith” in the happiest time of the year. He tears his letter to Santa up and throws it out the window. That’s when the trouble starts.

The movie does a good job of building up the story and keeping you interested. You get a taste of what’s about to happen or what’s happening a little at a time, and it works because you are waiting for the next thing to make you jump and when it comes, it happens big.

The cinematography works very well too. From the moment things start to frost over and get dark, you can feel it as if you were there. You imagine how it feels to be in a blizzard, or how it feels when snow blankets everything around you. All of that and so much more plays into the overall frightening effect of Krampus.

I am not going to give you any real spoilers because that just wouldn’t be nice. But I do want to talk about Adam Scott who portrayal as Tom. It is refreshing to see him in such a serious role. I don’t recall ever seeing him in anything that wasn’t comedic or outlandish, and his take on a caring father who just wants to protect and care for his family is surprising; in a good way. He shows real versatility in his acting here, and it’s interesting that it comes in a horror film. Nonetheless, it does, and he nails it. He is very believable.

Perhaps the biggest appeal of the movie, however, is the way in which the story unfolds. When I say that the screenwriter and production folks build it up, they do so in a way that terrifies you. The first introduction of Krampus is him running from rooftop to rooftop chasing Bet, Max’s sister, and it has you on the edge of your seat. Not because you see his face, that comes later, but because you imagine how it feels to run in knee deep snow, in subzero weather from a creature that you are sure is not of this world. It’s those kinds of moments that they hit out of the park.

The other noteworthy part of the movie is the ending. Some people might call it a twist and I can see why. I am just going to say that for a lot of moviegoers, you won’t see it coming.

So is Krampus a must see? I would say if you are looking for something different that explores the dark side of Christmas and that gives an interesting take on extended family dynamics, yes it is. I give it 3 ½ out of 5 stars.