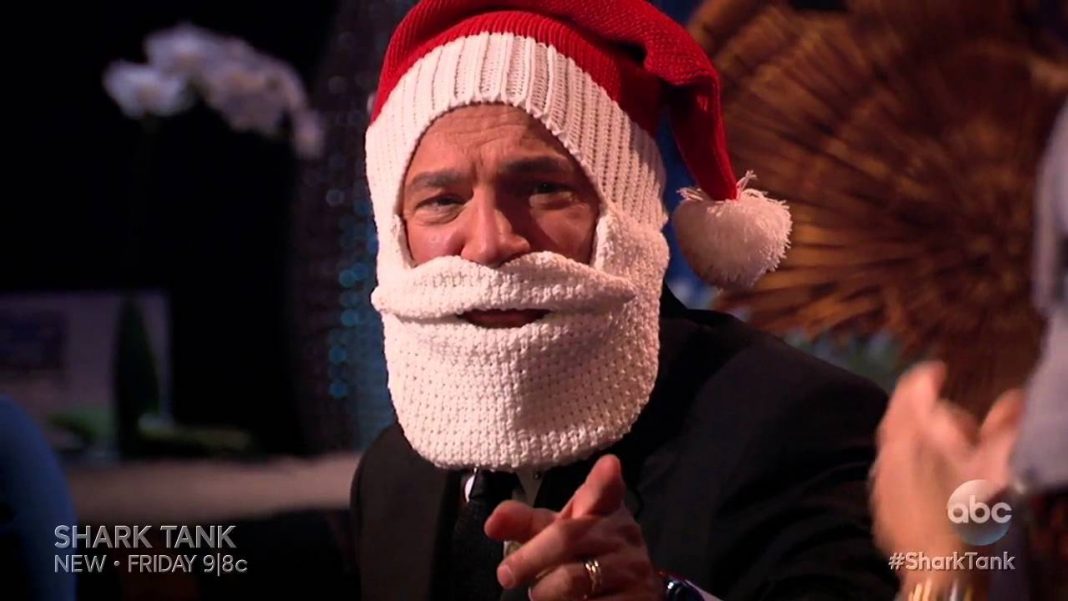 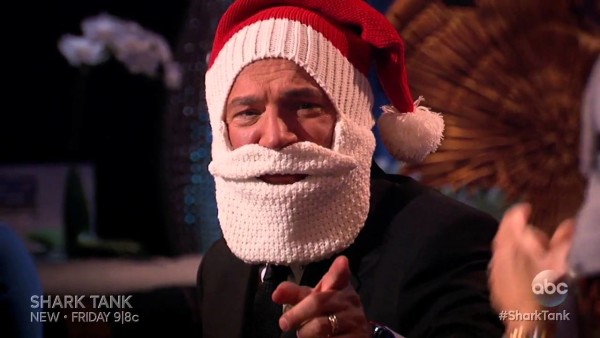 This week’s episode of ABC’s Shark Tank was its annual holiday special, where all of the business pitches were somewhat related to the spirit and festivities of the holiday season. Sharks Barbara Cocoran, Mark Cuban, Robert Herjavec, Lori Greiner and Kevin O’Leary sat back, as hopeful entrepreneurs vied for an investment for their up-and-coming businesses.

So here’s a recap of this week’s pitches: 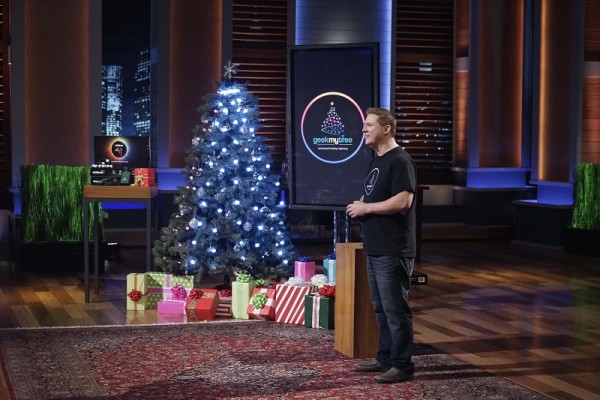 Brad Boyink comes into the tank with an innovation on the traditional Christmas tree lights. Geek My Tree offers Animated Glo-balls, which are a specific type of tree lights that feature LED bulbs. These lights are more easily hung, can be customized to create unique light shows and are also completely controllable through a compatible app.

Initially, the sharks all seem pretty dazzled by the over 100 different lighting patterns that users can implement on their set of Glo-balls. However, this amazement doesn’t last long, as Brad reveals that he is currently selling the lights for between $299 and $399. This is a lot of dough to fork out for a string of lights that are only used for a week or two every year. Brad tries to justify the high price tag by stating that the customer gets the lights, a remote and the mobile app that includes the variety of light patterns (which by the way, you only get 16 patterns for the purchase price and have to buy any additional ones through the app). Brad does note that he can get the price down by 20-30%, but he would have to increase his inventory exponentially to do so.

Although you wouldn’t expect it, Kevin is the first one to outwardly express his concern over the price. Meanwhile, Robert exclaims that Kevin pays more for a bottle of wine.  While this may be true, I don’t think the average customer can afford to drop nearly half a grand on Christmas tree lights.

Barbara cannot get over the price and is the first to drop out. Robert, who didn’t seem as hung up on the price, also opts to drop out. Shortly after, Mark simply states, “Merry Christmas, but I’m out.” Lori follows suit and drops out. Kevin explains he hates the price, but is enamored with the product. Kevin offers $225,000 for 50%. Brad counters with 40%. However, Kevin remains stern, and Brad finally accepts $225,000 for 50%.

The next pitch in the tank is from David Stankunas, the brains behind the BeardHeads. The BeardHead is a hat or beanie with a detachable knit “beard” that provides extra coverage during the cold, blistery winter months. The brand features numerous styles, from ones that make you look like you’re a lumberjack to others that turn you into the leader of a motorcycle gang. In addition, David also shows off the styles that are marketed towards sports team fans, as they come in numerous team colors (evidently trying to market his idea to Mr. Cuban, “outspoken” owner of The Dallas Mavericks).

Of course, David hands out a hat to each of the sharks. Kevin, aka Mr. Wonderful, dons a holiday-themed hat that comes fully equipped with a Santa beard.

From the get-go, all of the sharks seem to thoroughly enjoy the novelty hats. In addition, they are impressed with the $25-30 price point that still makes for a healthy profit margin.

Unfortunately, while Barbara thinks the product is cute, she can’t fully get behind it and drops out. Following her is Mark, who claims he doesn’t see enough effort put into the business. Lori tells David that she feels the product may be a fad, and, therefore, it doesn’t make for a smart investment. Lastly, Kevin and Robert both express concern over the unclear path of the company.

Thus, David walks out of the tank without an investment. 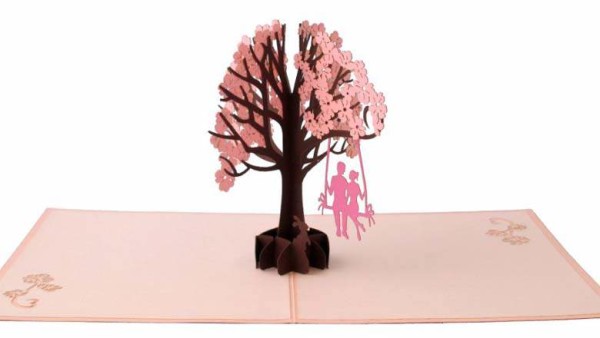 Harvard business school graduates and friends John Wise and Wombi Rose come into the tank with their idea, Lovepop. Both Wombi and John have experience in naval architecture and decided to bring their knowledge and skill to the field of greeting cards. Their company offers a line of pop-up greeting cards with unique ideas. In the theme of the holidays, they also have a line of cards that are perfect for the festive season.The two men want to shake up the greeting card industry, by bringing products that have a certain “pop.” Through 3D printing, John and Wombi create intricate cards that are sure to impress any recipient.

The two men want to shake up the greeting card industry, by bringing products that have a certain “pop.” Through 3D printing, John and Wombi create intricate cards that are sure to impress any recipient.

The pitchers pass out a collection of “special edition” cards that they created just for each shark. Of course, Kevin opens up his to a dollar sign popping up, while Lori (Queen of QVC) has a shopping-themed version.

Woombi explains that they currently sell through 4 kiosks located in Boston. In addition, they also provide extensive services through their e-commerce site (with prices varying between $8-20). In their first year and a half, they sold $300,000 worth of cards.

Kevin asks the entrepreneurs why they are selling at such a low price point and suggests raising it to something like $99. However, John tells them they want their cards to be accessible to the average consumer.

Unfortunately, Barbara, Lori and Mark are quick to drop out. Afterwards, Robert hesitantly throws out an offer of $300,000 for 20%. Kevin then asks to join in on the offer, but Robert declines, Thus, Kevin ends up offering the same.  Initially, the two owners decline, but after both Kevin and Robert decrease their equity to 15%, John and Woombi accept Kevin’s offer of $300,000 for 15%. 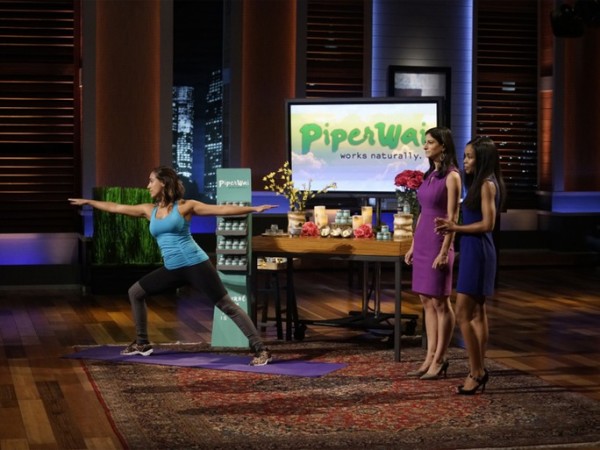 The last pitch of the week was from Sarah Ribner and Jess Edelstein of PiperWai. PiperWai is an all-natural deodorant created from a charcoal base. Unlike current products on the market, PiperWai is odor-free and completely natural.

Sarah and Jess bring in a fitness model that has applied the product and proceeded to go on a 5-mile run. While the other sharks decline, Greiner agrees to give their fitness model a sniff to see if the product is effective. Currently, the product has mostly been marketed through word-of-mouth.

Unfortunately, O’Leary doesn’t see the product turning into a business and feels it can be easily copied; thus, he drops out. Afterwards, both Robert and Mark also drop out. Fortunately, Barbara decides to offer the entrepreneurs $50,000, but for 33%.

Shortly after, Lori jumps in with an offer of $50,000 for 35%. Jess and Sarah try and convince Lori to decrease her equity to 25%. However, she refuses. Eventually, Corcoran agrees to the proposed terms and closes a deal at $50,000 for 25%.

New episodes of Shark Tank will not be airing for the coming weeks, as it goes on its regular hiatus during the holidays.