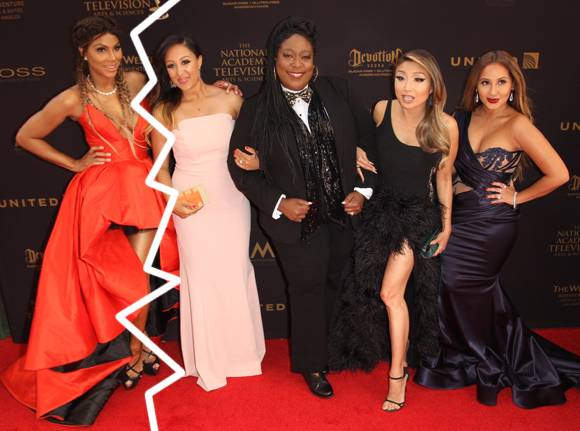 Tamar Braxton’s ‘leaving’ The Real has brought up more reasons why she left/got fired. Madonna hit back at critics of her Prince tribute and Chris Brown feels he knows how to dress his child best.

Tamar Braxton Leaving The Real aka being fired

It has been an interesting last few days for singer Tamar Braxton. From posting a cryptic albeit telling note on social media to announcing she’s leaving her daytime talk show The Real, a lot is going on in her world. According to a joint statement,

“The Real and Tamar Braxton have mutually decided that Tamar will not be continuing with the show for its upcoming third season.”

The statement goes on to say that the split is to allow the singer time to “concentrate on her solo career,” but fans aren’t buying it. Of course, there are rumors that she was fired along with a list of other questionable acts surrounding the situation. The announcement came right after Braxton’s Facebook post in which she told her fans that she was betrayed.

“I love u all, but I have been stabbed in the back by someone I stupidly trusted (not my man or my sisters) I am not about to be tried and tested to snitch, and it’s not in good taste to tell you who. But as #tamartians, you are very smart and can figure things out on your own. But know that everyone who smiles in your face is NOT your friend and is NOT cheering for you and will LIE and try and tear u down to TRY and dim your light. Thank GOD HE HOLDS MY FUTURE AND MY HAND!”

According to sources per Love B. Scott, the “break up” is indeed a slap in the face to Tamar.

“Tamar is heated that she’s leaving the show. Make no mistake about it. She’s holding what’s transpired behind closed doors close to her chest… Tamar is furious. She can’t say she was completely blindsided because she feels the producers have been after her and pushing her out for a long time now.”

The verbiage of the joint statement certainly tries to present an amicable story. However, saying, “Everyone associated with The Real appreciates Tamar’s efforts and the contributions she has made to the show’s success, and we wish her all the best for the future,” sounds like fake well wishes to me.

But that’s just my two cents. And here’s a little more on why Tamar left/got pushed out.

According to a Daily Mail report out Tuesday, the 39-year-old host has become increasingly difficult to work with throughout Season Two, going as far as screaming at executive producers in front of the audience!

However, a source close to the show claims that it was a temper tantrum in front of a sponsor that ultimately got her fired from the show, saying:

“‘It was an ugly scene. Pinterest was sponsoring the segment and Tamar was genuinely upset she was losing the game. She really acted out during the taping in front of the studio audience and then exploded behind the scenes once the show was done. Producers had to heavily edit the segment to make it presentable to air on TV, but the sponsor was on set for the segment and witnessed it all.”

Unfortunately for Tamar, the same source revealed that viewers were not fond of her “ghetto” attitude, saying:

“The focus group research showed that most educated and working women did not identify with Tamar’s show vernacular and her use of words known to be popular among drag queens and some gay men — phrases like ‘get your life,’ ‘where they do that at,’ and ‘have several seats.’

It was even said she seemed more suited to be a judge on RuPaul’s Drag Race on Logo instead of a talk show host on The Real!

The research went on to say that most educated and working women found her to be ‘ghetto’ and that her aggressive eye-rolling, neck-rolling, and the smacking of her mouth were indicative of ‘stereotypical behavior that African American women have worked years to overcome.'” 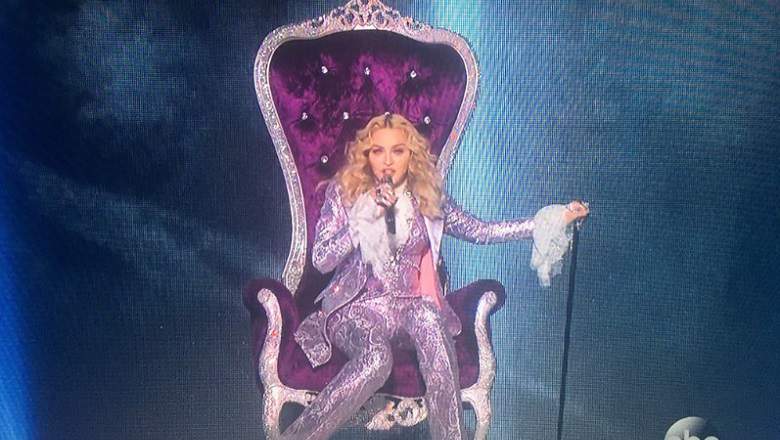 Does it really come as a surprise that people are not feeling Madonna’s Prince tribute at this year’s Billboard Music Awards? When I heard that she would be doing the set, the first thing I thought was, “why?” I mean there was even a Change.org petition, signed by 8,000 people who believed Prince was, “more than worthy of a better choice as a main performer.”

BET is just one of the unhappy viewers of her performance. The entity didn’t waste any time in throwing shade at what took place on the T-Mobile Arena stage in Las Vegas this past Sunday. They posted a “teaser” of their upcoming Prince tribute with a picture of the artist and the caption,

Drummer Questlove, who introduced Madonna before her tribute, took up for the singer on Twitter saying,

“Every Prince rendition will not be a life changing orgasmic xperience. Just to SING his work is brave enough. Again feelings are on high EVERYBODY wants and deserves a chance to say goodbye in their own way.”

Madonna came to her own defense on Instagram by saying: Anyone, regardless of “age, gender or skin colour” is entitled to celebrate the late musician. If you loved him and he inspired you then show it!!!! I love Prince 4 ever.

I hear you Quest, and I am sure Madonna had the best intentions, but it could have been so much better.

Prince played guitar on three songs from Madonna’s 1989 album Like a Prayer. Their relationship, however, was considered tumultuous. During a concert in London in 2007, Prince said: “I got so many hits y’all can’t handle me. I got more hits than Madonna’s got kids.” 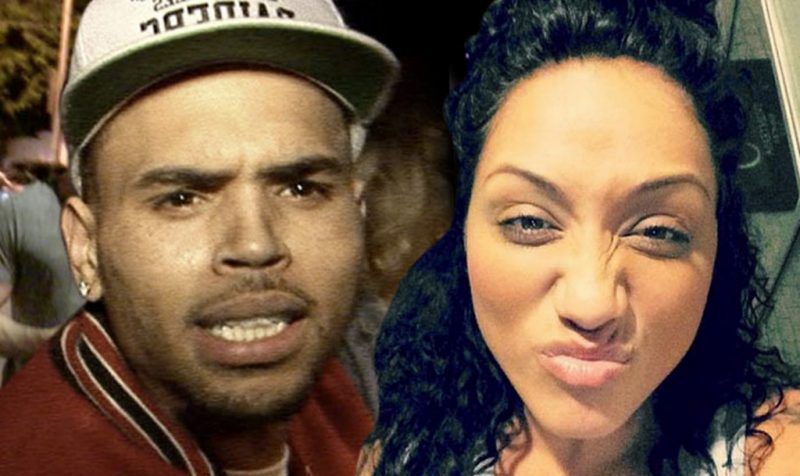 The fuck boy strikes again.  This time, his baby momma is the center of his hypocrisy.

He apparently has an issue with a picture of his two-year-old daughter, Royalty, taken by her mother Nia Guzman during the little girl’s dance class. In the photo, she is dressed in a black tutu, some leg warmers and is in what many are calling a seductive pose. Brown wrote on Instagram,

“It’s crazy to me that a parent would be okay dressing our daughter like she 16,” Brown wrote. “I ain’t cool with that. She’s 2.”

The thing is there is nothing wrong with the picture. She is sitting on the floor leaning back and looking at the camera like, “I’m done, mom.” Honestly, little girls sit in the position all the time. As Nia wrote under the picture Brown posted,

“If anybody thinks something is wrong with a baby mad at the world in dance class in her tutu, you need to go pray. #Namaste.”

Chris Brown’s double standard is atrocious. Maybe he should think about the karma he puts out into the world when it comes to women and consider his daughter.