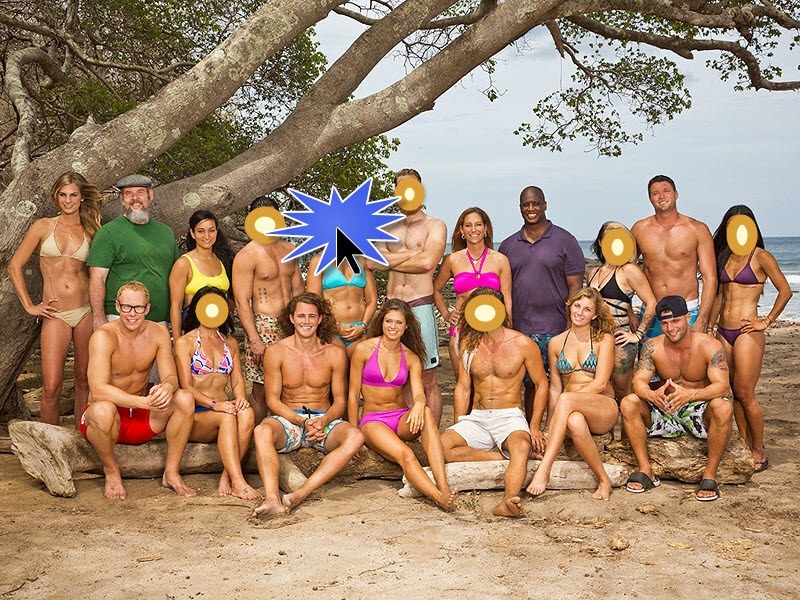 On this week’s episode of Survivor, Tyler said he and Rodney were bamboozled as a result of Joaquin having been voted off last week. Rodney said he had to be Mike’s b*tch until the tribes merge. 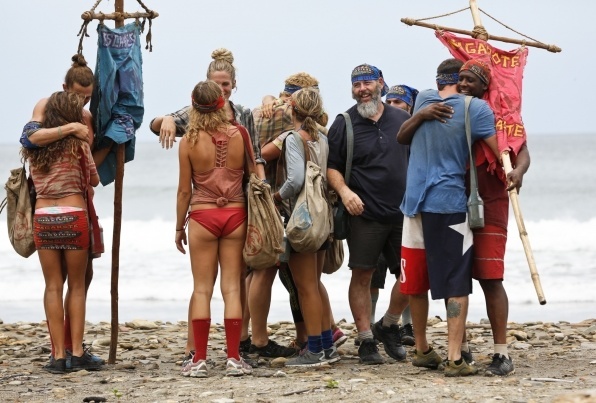 The two tribes arrived for the first challenge and found that Jeff Probst was nowhere to be seen. They then came across food and a written message that said the two tribes were now merged. The new tribe sat down to enjoy the wine, juice and foods that had been left for them. They then went back to their camp for a reunion. 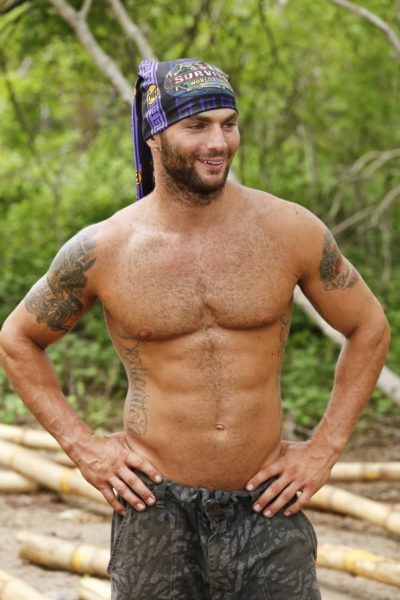 The tribe then set to work building themselves a shelter. Rodney said he felt like the blue collar members of the tribe were “screwing him” and that he didn’t trust them.

Dan got stung on the ankle by a jellyfish after going into the water to cool off. Jenn told him the only thing he could do to make his foot feel better was to put it in hot water. Back at camp the tribe discussed what their new name should be. Mike said they should call their tribe ‘Merica. Shirin said she was horrified and embarrassed by the name but that Mike was proud of it. 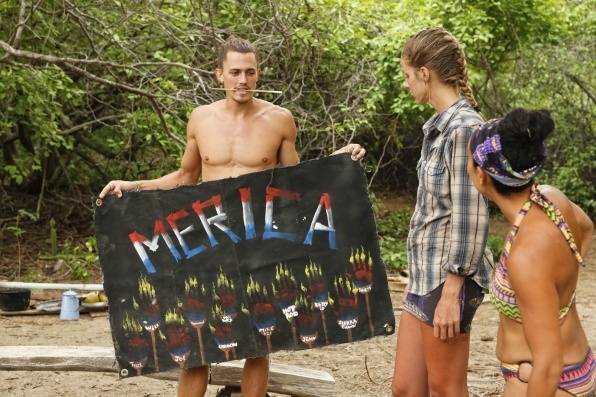 ‘Merica then arrived for the Immunity Challenge. Jeff explained that they would have to hang onto a pole for as long as possible and the person who managed to hang on the longest would win immunity from this week’s tribal council. Dan was the first one to lose and Will was the second one to lose. Tyler quickly gave up and jumped down. Sierra and Shirin then slipped and readjusted. Sierra became the first woman in the tribe to lose the challenge, followed by Shirin and Kelly. Mike was the next one to lose, followed by Rodney, leaving Joe, Jenn, Hali and Caroline competing. While hanging, Jenn got stung on her hand. Hali then dropped off the pole as well. 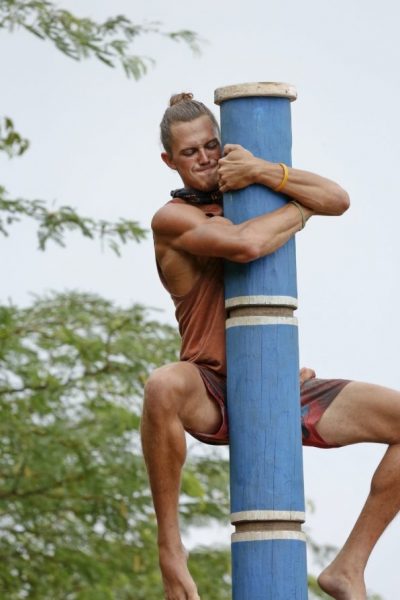 It then started to rain hard, making it even more difficult for Joe, Jenn and Caroline to keep hanging on. As he rain got progressively heavier Joe said he loved it. Jenn then gave up, leaving it to Caroline and Joe. Caroline then dropped, making Joe the won to win the immunity. 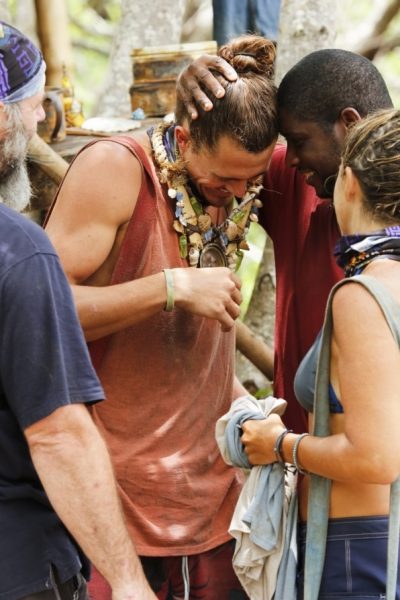 They arrived back at camp and Mike said he wanted to get Jenn and Hali voted out. Mike said that he thought Rodney had Will on his side but that he didn’t trust Rodney. Jenn, Hali and Shirin talked about getting rid of Kelly. Shirin said she was afraid if the blue collars got control of the game this week they would have control of it until the end of the game. Dan told Tyler he wanted to work with him and Hali told Tyler that their goal was to get rid of Kelly this week. Tyler said he knew he and Caroline were the swing votes in the competition right now. 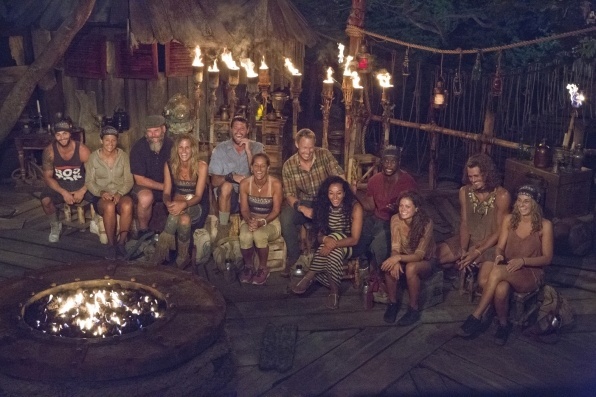 At that night’s tribal council Jeff asked Will what happened back at camp after the immunity challenge was completed. Will said that he didn’t know and that Jeff might be the one to get voted off tonight. He also talked about how he didn’t trust his fellow tribe members. Joe said that everyone had a knife and it was stab or get stabbed and that people shouldn’t take that personally because that is what the game is about. Tyler said he had been approached by multiple people and was trying to determine where he would fit in. Caroline said that tonight lines would be drawn that would affect the future of the game. Shirin said that she didn’t want to be considered a swing vote. Jeff then asked about the hidden immunity idol. Jenn said she was nervous because she wasn’t sure who was on whose side in this competition. Dan said he figured everyone knew exactly who they were voting for tonight. 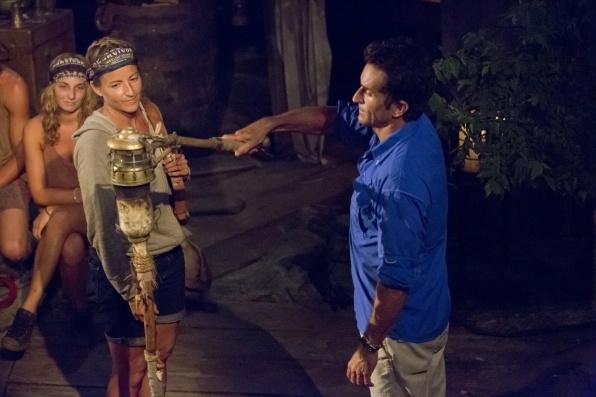 Jeff then announced it was time for them to place their votes. Jenn then pulled out her hidden immunity idol and said she was playing it because she didn’t want to leave tonight. This turned out to be a good move because five people had voted against Jenn. Jeff then tallied the remaining votes and announced that Kelly was being sent home. 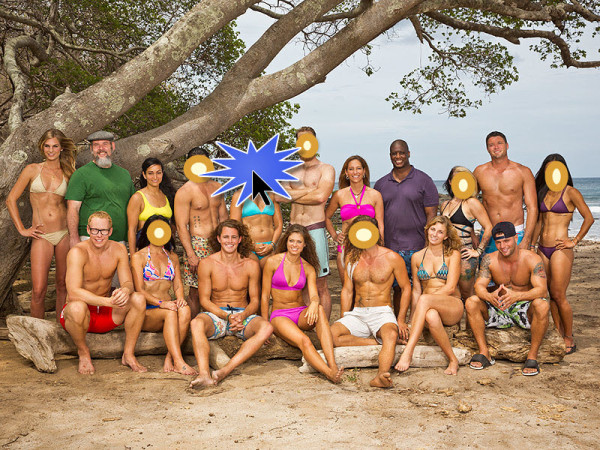