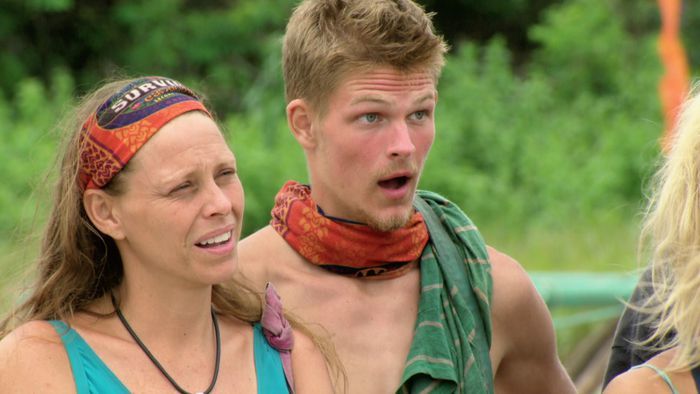 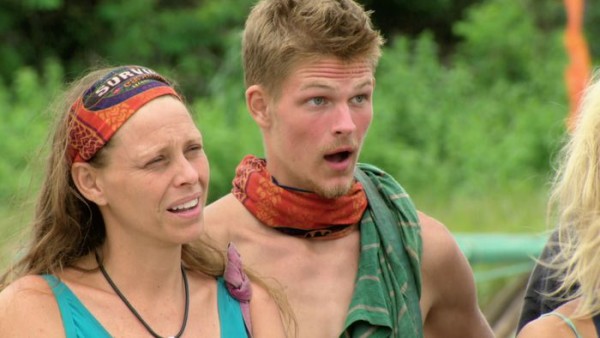 On this week’s episode of “Survivor: Second Chance,” Abi and Spencer discussed that it was best Joe had been sent home. Kelley said that now everyone had an equal shot at winning challenges. Keith said he was left out of the loop and had wanted to get Tasha voted out. Tasha said she would keep her eye on Keith and that he put a target on his back by trying to vote her out. Spencer and Jeremy agreed Tasha and Kimmi had to have an alliance with them so the two men could stay in the game.

For this week’s rewards challenge, they were attached to a rope they had to race to loosen, assemble a bridge with the rope and then knock over a series of blocks using sandbags. The reward was to take the winner back to the temples where the game began to be blessed by the monks, eat food and sleep in tents for the night. Jeff announced Keith won this particular challenge last time they did it. He won the challenge again this time. Jeff let him choose one person to take with him, and he chose Kelley because Kelley had chosen him and his wife for the rewards last week. Jeff let him pick one more person, and he chose Spencer. Tasha questioned whether Keith was playing a role or he really was mentally slow.

Keith was declared the new golden boy of the game now that Joe is gone. Jeremy said getting rid of Keith was an option because it is what the girls want. Tasha said Jeremy needed to let go and let her make a move in the game. Keith, Spencer and Kelley arrived for their rewards. They found wine and spaghetti waiting for them. Kelley said this was the perfect time to figure out where Spencer and Keith were in the game and that she just wanted to make it to the final three. Spencer said he wanted the final three to be him, Abi and Keith.

At camp, Abi cooked rice and told Tasha it would be better if she was included in Tasha’s conversation with Jeremy. Jeremy said he couldn’t imagine dating Abi and Tasha said they had to be careful what they said to her. Tasha called Keith a credible threat in the game. Jeremy agreed with Tasha that Abi needed to be voted out. Jeremy said that Tasha was iffy when it came to Spencer.

For this week’s immunity challenge, they had to race out to the water and across a series of obstacles, retrieve a key in the water, race back to land, open a chest and solve a five piece puzzle. Spencer quickly won the challenge. Then Tasha started struggling in the water, and medical had to rescue her. She was having trouble breathing when they pulled her out of the water. Medical said she became exhausted and started swallowing water but that she would be fine. Kimmi comforted Tasha afterwards. Spencer was then  awarded his immunity.

Back at camp, Abi asked Tasha if she was feeling better. Tasha said she had felt like she was drowning and her legs wouldn’t move. She then went on a walk along the beach. Abi said she had to decide who to bring to the end of the game with her. Spencer told Tasha he wanted to play the game with her and Jeremy.

At tribal council that night the jury was brought in. Spencer said he was thinking about what he was missing in the game. Tasha said she had a rough day and she was mentally and physically exhausted. Keith said he thought tonight’s vote would get them back where they needed to be. Tasha said she thought people were keeping their options open but were missing opportunities as a result. The votes were then cast, and Jeff tallied them. He then announced that Abi was going home.