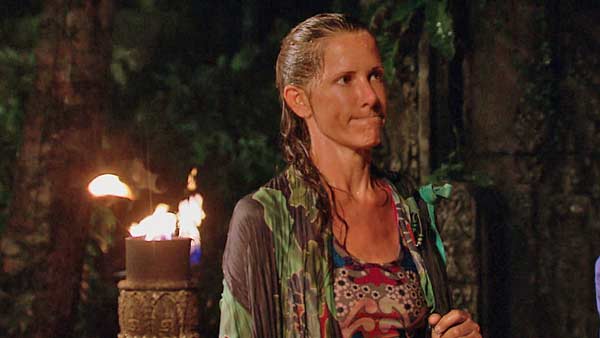 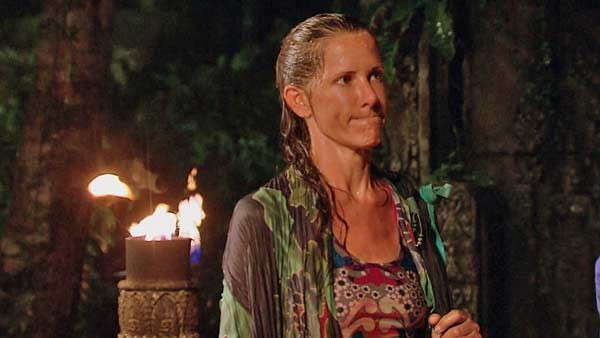 On this week’s episode of “Survivor Second Chance,” at the Orkun camp, Kelley took credit for getting Andrew a.k.a.  Savage, sent home. Kelley said she wanted to take risks and make moves. Jeremy said Savage going home had screwed him but that he had one immunity idol to protect himself with. Joe looked for the immunity idol, saying it was crucial to his survival. Abi said she loved that Joe was nervous. Kelley called for a big move at the next tribal council.

For this week’s “Survivor Second Chance” rewards challenge, they were divided into two teams to navigate a slide and an obstacle course to a chest that holds a game where players guess the combination. Whichever team won would get a spa experience complete with a hot shower and massage. Spa food such as sandwiches and salads were also included for the winners. Spencer, Joe and Tasha’s team won the rewards. Jeremy said the whole day was wasted because his team lost the challenge.

At the spa, Joe said the “Survivor Second Chance” rewards were amazing. Stephen said playing an old school game was not going to work this time. Stephen said the game was moving much faster than it ever has in the past. Jeremy said he was pissed off because his team lost the rewards challenge, so he went looking for the immunity idol. He was excited when he finally found a clue to the immunity idol’s location. That night Jeremy wanted to go find the idol but had to say he was going to the bathroom because everyone was up and he didn’t want them to know he was looking for the idol. He snuck off and found it hanging from a lantern. Jeremy got emotional as he said he wanted to win to make life easier on his family, especially with a new baby on the way.

Stephen said he was tired of the way the game was going. He said people needed to be more willing to make moves. Ciera said she Abi and Kelley were on the bottom but that now the other contestants wanted to talk to them all of a sudden.

For this week’s immunity challenge, they had to balance on triangular platforms in the water. The person that held their balance the longest would win immunity. It started raining just as the challenge began. Buoys were released for each contestant and whoever got to his or hers first would get an advantage in the game. Kelley, Jeremy, Ciera, Kimmie and Tasha all fell off their platforms when they had to change positions. Keith then lost his balance and fell. Wigglesworth also fell trying to change positions. Abi then lost her balance making Joe the only one to win immunity three times in this season.

Back at Orkun camp, Kimmi said she was fine with Joe winning immunity because it meant one of the girls she didn’t like would be voted out. Kelly said they were going to split votes at tribal council. Tasha said they wanted Wigglesworth to go home. Stephen looked at the mystery advantage he won and realized it was a game changer beyond his wildest dreams. Stephen could steal a vote from someone else at tribal council, which he said could shift the dynamics of the game.

Stephen said he, Spencer and Jeremy were the lowest on the totem pole in this game. Spencer said he didn’t know what to do to protect his game. Jeremy said Stephen was the person he trusted the most and that he was trying to form an alliance with Stephen and Spencer.

At tribal council, the jury was brought in, which consisted of Kass and Savage. Wentworth said she hoped people were willing to make a move in tribal council. Jeremy said the game was about voting blocks. Wentworth said she hoped everyone would do what they said they would do at tribal council. Votes were cast and then tallied by Jeff, who announced that Wigglesworth was voted off the “Survivor Second Chance” island and would become a member of the jury joining Savage and Cass.