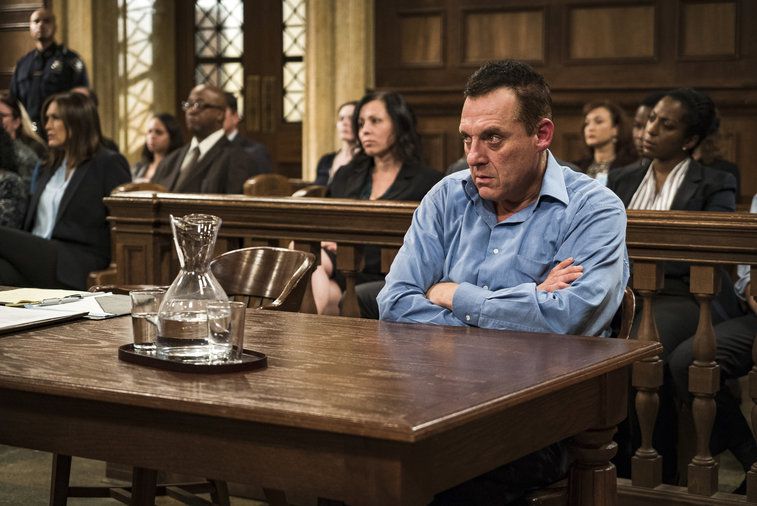 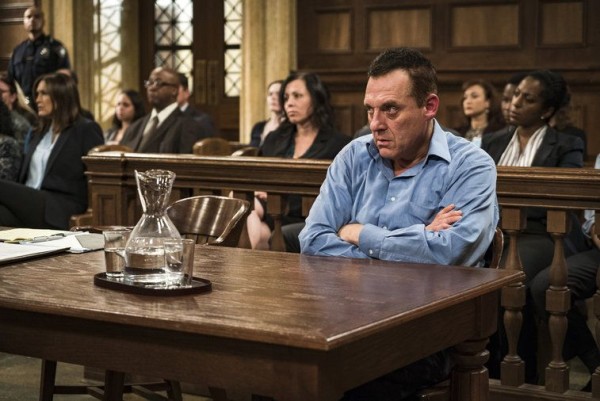 On this week’s episode of “Law & Order: SVU,” a murderer’s lawyer pled guilty for him in court, with Benson as a witness. But the murderer, Mr. Hota, said he refused to plead guilty because he was innocent. He had confessed to Benson but said she threatened him and put words in his mouth. Benson told a woman whose son Wyatt had been kidnapped by the man that he would have to testify in court, but the mother said Wyatt was traumatized and wouldn’t be testifying.

Sonny asked the DA if he could shadow him in court because Sonny is taking law classes. The defendant’s lawyer said he had been broken down and was not guilty of the crimes he was charged with. She tried to get his video confession thrown out of court, but the judge allowed it.

Hector Rodriguez was the boy that was kidnapped and murdered, and Finn and Sonny talked to the cop that arrested Mr. Hota. Dr. Wong ran into Benson outside the court house, and the DA said that Dr. Wong would be testifying as to whether or not Mr. Hota knew what he was doing when he committed the crimes he was charged with. Benson and the DA worked together to prove she hadn’t pressured Mr. Hota to admit to the crimes. His video confession was played in court for the jury to see while Benson was on the stand. The defense attorney asked Benson if she coerced or threatened Mr. Hota into a confession. In court Mr. Hota said Benson told him he would be killed if he didn’t confess and that the police tried to frame him for murder.

Dr. Wong testified that Mr. Hota was raised to cooperate with authority figures. He said Mr. Hota was abused as a child, and his emotional defenses had been breached. Later Benson confronted Dr. Wong about testifying in Mr. Hota’s defense.

Back in court the officer that found Hector dead testified in court. Mr. Hota’s lawyer asked him if he was the one that murdered Hector and he refused to answer the question. The DA told the jury the defendant’s words and actions meant he was guilty of the charges brought against him. Hector’s mother told reporters that Mr. Hota had killed her son.

Finn got a call from Rollins saying she needed to go to the doctor, so he went to get her. He called Benson from the hospital to tell her he was with Rollins.

Back in court a juror said they wanted to hear the rules that determine if a confession can be considered voluntary. The judge explained the rules and the jury continued to deliberate. The cop that found Hector’s body said that he knew one of the jurors was lying because the man didn’t like cops.

The jury said they wanted to hear testimonies from Benson and Dr. Wong again. Mr. Hota’s attorney said he would take a plea for criminal and negligent homicide. She and the DA went to the judge’s chambers and found out the jury deadlocked, claiming determining guilt was pointless. The judge had no choice but to declare a mistrial and dismiss the jury.

At the hospital, Rollins was having contractions. Sonny and Benson were there, and Rollins got very upset. She was hemorrhaging, and the baby’s heartbeat was slowing down.