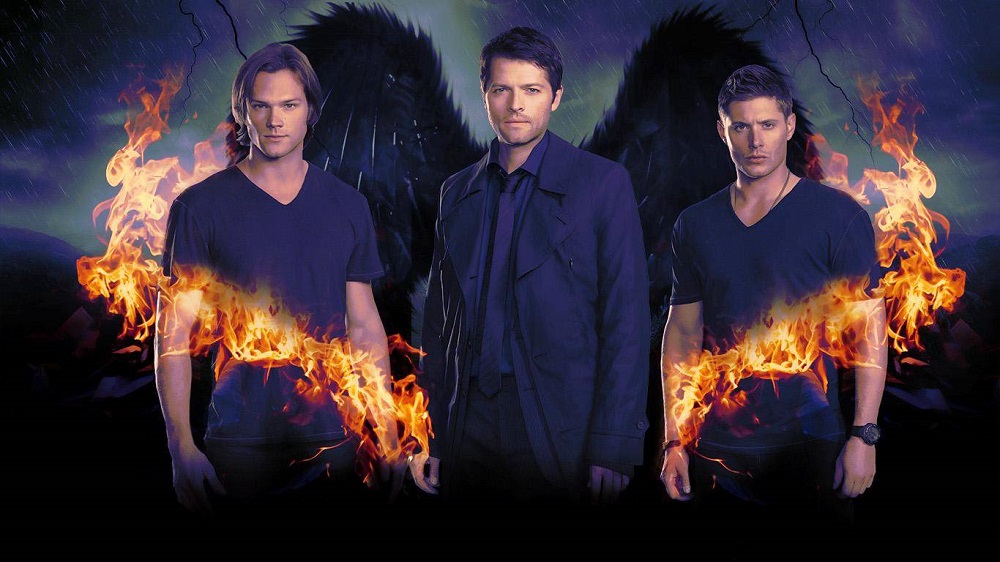 Sadly, it seems that within many groups there will be a small contingent that likes to take its anger and frustration out on others, and many fans of the show “Supernatural” have felt this type of onslaught.

It normally starts with a simple tweet, but then it quickly spirals out of control as the people getting attacked will defend themselves and wind up being called the bully. Yes, it sounds insane to the average person, but this is what happens as the bully pulls in their contingent of supporters to attack one person into submission. While it’s a minority within a large group, it’s a minority that has honed their skills so their voices are heard in the cacophony they create on social media making it look like an uprising.

We’ve had this happen to us three different times even once having another website try to call us ‘racist,’ and anyone who reads our opinion pieces would realize what a load of bunk that it.

In the past year this bullying of others, not to mention some of the actors and guest stars on “Supernatural” has taken a much uglier turn with tweets being taken out of context in an attempt to smear someone mainly because they hold different beliefs or someone just doesn’t like their politics. There’s plenty of other reasons, but many of these reasons just feel completely overblown, and in a different time would have been met with just a groan or roll of the eyes. Now, every slight is met with an army of frustrated minions who refuse to let things just roll off their back.

The people doing this don’t consider themselves bullies but as the victims and immediately go crying to their contingent when someone stands their ground with them.

We’re taught that when someone bullies us, we can defend ourselves, but this new kind of bully will continue battering away until they get the person to blow up on Twitter in frustration. Then this bully will say how out of control that person is feeling they have finally proven whatever point they were trying to make.

It seems that there are much more beneficial ways to spend your life, but for some people, this is their life.

One of our writers forwarded a very insightful post from Tumblr that truly hits things on the head with what has been happening within the “Supernatural” fandom minority. Having spoken to so many within the #SPNFamily, I’ve been told countless times how much they hate how this small contingent has created such a divide, but they also don’t want to say anything as they know they will be next on this hitlist just for voicing a differing opinion.

So, sometimes it takes someone to hold up a really big mirror to the people causing the problem to help unite people again and move forward. While it might be strong in its wording, I dare anyone to say that this person is wrong on how things have gotten so out of control.

Our Carol Hansson touched on this regarding the recent slam on Jared Padalecki for a bad joke, but the one below really hits everything home. 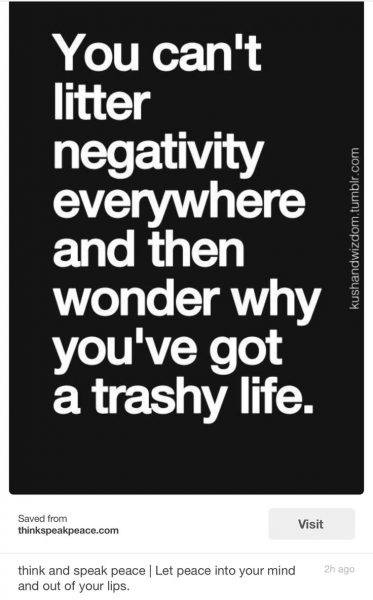 I thank Surflove808 for standing up and making the following statement and allowing us to reprint it here (in its original form):

Do you think this cast is problematic and insensitive?  Gather around the fire with me, you delicate tulips.  Let me tell you a story.

There will be potty language.  And there will be no straddling the fence to appease both sides.  So, read at your own risk.  But, absolutely always feel free to respond and engage in discussion!

When I got into this show, I fell down the rabbit hole like everyone else, and watched con footage and interviews and became more invested than I ever have in a show because of all the (perceived) incredible positivity and kindness reflected from the cast to the SPN Family and vice versa.  I had never seen anything like it.  And I was so impressed with this fandom and proud to be a part of it that I do something I rarely do – I gushed about it to friends.  Even though I knew they’d give me shit.  Because we think we’re too cool for school or something.  I don’t know.

My love for this show and fandom eventually led me to Tumblr and the actors Twitter feeds.  I went full fangirl.  I thought, “Yay!  Other people who enjoy this amazing show.  Gifs!  Funnies!  Fanfics!  Art!  Support!”  And there is that, undoubtedly….but there is also this seedy underbelly that gets far more attention that it merits.  And I have become so disillusioned and angered by the shit I see here on the regular, not to mention Twitter…. that I feel like I need to disengage from following both (SPN-wise), so I don’t burst a fucking capillary.

Before I do that…. to the handful of “fans” that have caused a Twitter uproar and instigated shortsighted and nasty smear campaigns regarding:

Can you please fuck off already?   I hear Antarctica is nice this time of year, and that knitting is a great way to take your mind off things and meditate.  I might follow my own advice, in fact.  But stay the hell away from my yurt.  I am stabby when it comes to you people.

There are always going to be people who feel compelled to stir up a lot of shit over anything these guys say and do, and they generally also apply that rule to most things in life, I’m guessing.  And I know opinions are like assholes (everyone’s got one), but really, there seem to be a handful of folks that LIVE for the drama around here. Get a grip.  Be useful.  Because what you seem to enjoy doing – Tearing down public figures in order to promote your own agenda, and making threats and accusations and spreading them like cancer?  It’s not productive. It’s toxic.

With regards to THE JOKE:

I don’t want to tell the joke.  TELL IT!  No, my jokes are all inappropriate.  TELL it!  Nah… TELL IT ANYWAY, WE DON’T CARE!  *Tells joke*  *Sees personal integrity torpedoed and potentially damaged career/legacy due to an influx of online articles based on a handful of tweets by reactionary “fans” who probably weren’t even there*  Nice set-up, people.

Neither one of these guys is or has ever been anything but gracious to fans, not to mention caring and supportive.  That’s why fans from all over the world come to see them and share their personal stories of hardship with this cast.  And they are certainly not proponents of rape culture.

These conventions are for adults, by adults.  And if you bothered to even watch a sampling of con footage of these guys, your delicate sensibilities would probably be overwhelmed by the sexually charged and deeply inappropriate things that get said BY some fans TO these guys.  But here’s the thing, these actors take it in stride and treat their fans like friends.  And these cons are very intimate and personal, open and extremely funny.  Is content inappropriate sometimes?  Yes, thank Chuck. THAT’S USUALLY WHAT MAKES IT FUNNY.

Have you ever watched a comedy routine?  How do you handle dark humor?  Can you?  If you can’t?  Don’t watch.  Don’t play Cards Against Humanity either.  In fact….turn the internet off and spend time around real people.  Build up some tolerance.  Take your newfound tolerance to a domestic violence shelter and volunteer your time.  Immerse yourself in a new culture.  Read a few books.  Educate yourself a bit and grow wiser.  Pick your battles and fight for what’s right.  Not for what you “think” is right for Twit hits.

And you know what?  If you’re the type of person who is going to go on a witch hunt that results in these guys having to share the same platform with guys like Weinstein and Spacey, with potentially irreversible damage done to their professional and personal lives over something like THIS?
Congratulations.  You’ve become the thought police.  You’re demonizing people who have done a tremendous amount of good in the world around them via campaigns that stem from a desire to reach out to their fandom and support of people in crisis, particularly women, over a lame joke that Jared and especially Jensen, didn’t feel was appropriate to share in the first place.  These are genuinely kind and decent men, maybe do some more background research and check your motivation before you irrevocably damage someones well-being and livelihood.

And because I don’t know any of your names or whereabouts, I can’t actually fuck up your life, can I?  And even if I could?  Why on earth would I??  Anonymity’s great, though….isn’t it?  We can go online and sit on our own virtual Mount Olympus, raining down accusations, judgments and sentences with minimal effort, foresight or concern for the ramifications of our actions.

And Jared is a prime example of that sometimes.  I’m sorry to say, because he is a good dude, but he’s guilty of some of the same flamebroiling of people that you excuse yourselves from in the name of self righteousness.  The difference is – you can hide behind your anonymity.  He can’t.  And I’m down with calling people on their bullshit behavior (clearly), and Jared has had it coming a few times, but THIS?  This is ridiculous.

Since you seem to be fond of extreme responses, I could make the comparison that encouraging, no….demanding that someone do something that they don’t want to do, and then shaming them for it when they do what you’ve asked? That’s REAL textbook abuse. Chew on that for a minute.

Congrats again, because when you search either of their names, that’s the FIRST thing that comes up.  “Jared Padalecki and Jensen Ackles made a rape joke”.  The joke in and of itself doesn’t and shouldn’t negate all the good they’ve put out in the world, but in the eyes of the general public outside the fandom?  NOW it does.  THAT’S what people now see.

It’s amazing how a 7 word joke can lead to online character assassination that tears down over a decade of good works.  And I wouldn’t blame them one bit for shutting down future cons and/or reducing their conversation with fans to subject matter that strictly pertains to the show.

And if you have stated any iteration of “I will no longer be a fan or watch this show because of these horrible meanies”… GOOD.  FUCKING.  RIDDANCE.
It would make the SPN Family a much better place to be if ya’ll and your other easily offended brethren who can dish it out, but can’t take it, would fuck off to parts unknown to fixate on something else and leave us in peace.

While this may offend some, I do feel many others will celebrate and revel in its reminding us that we do live in a country where we can voice our opinion whether or not everyone agrees with it.

We never learn by surrounding ourselves with only like-minded people. It’s the people with differing opinions and ideologies that can teach us to grow and become better informed individuals.