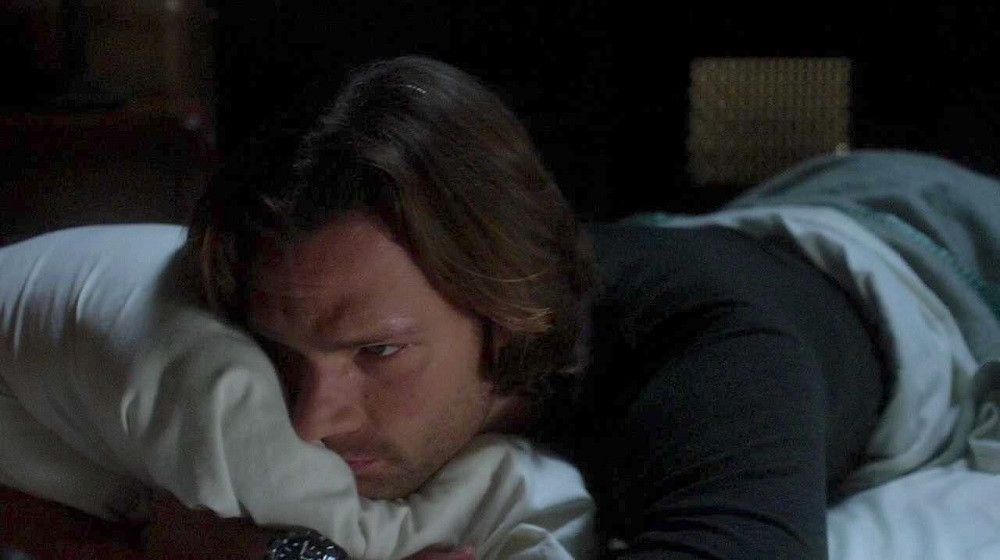 Supernatural’s hunters, they win some, they lose big. It’s the story of their lives, and our favorite perky Sheriff Donna is no exception. The latest episode Breakdown is a weird mix of monster of the week and a post-promotional for the Wayward Sisters spinoff which we’re still waiting for confirmation on.  It’s also been awhile since we’ve had a depressed Sam episode. Finally, something on Sam to write about.

Don’t get me wrong but as before, I find it difficult to write something about Sam. Not just because I’m a Dean fan. The boys complement each other so well. Too well, that despite the seeming lack of highlights about Sam’s character, there’s not much to complain about Jared Padalecki’s acting. Dean (Jensen Ackles) talks, Sam replies and vice-versa. On what little screen time the boys had in the past episode, Dean still stole the show with his lizard. This season though, with Sam seeing Jack as a friend and adoptive brother, he’s depressed that he can’t seem to help him now that he’s gone missing again. There’s also Kaia’s death eating at him, presumably after he just let Dean drag the unwilling girl into helping them. Not to mention their mother, trapped with Jack in Apocalypse world with psychotic Michael.

Of course, we then get this monster of the week episode to distract the boys from the difficult task ahead. The episode itself is good, reminiscent of The Benders. From the trailer, it seemed like the boys were up against human monsters because of the presence of a real Fed and Sam’s insistence that they stay away from the case and focus on Mary and Jack. It’s a bit uncharacteristic of Sam to abandon someone in need especially a close colleague like Donna. Dean is the one who’s strangely level-headed in this episode despite the stunt he pulled on Kaia. Guess the writers are just shaking things up a little with Sam, Dean and dramatic Donna whose niece Wendy has gone missing, falling victim to a serial abductor. It turns out the villains are still monsters, likely vamps running a take-out deli. Mr. FBI himself is the main monster that auctions his victim’s body parts. By the third act, Sam gets captured where his parts are auctioned to Mr. FBI’s monster patrons. Doug, Donna’s partner gets temporarily turned into a vamp while Dean and Donna rescue Wendy. Doug gets restored and discovers Donna’s secret life as a hunter and Sam is saved before he gets chopped up. 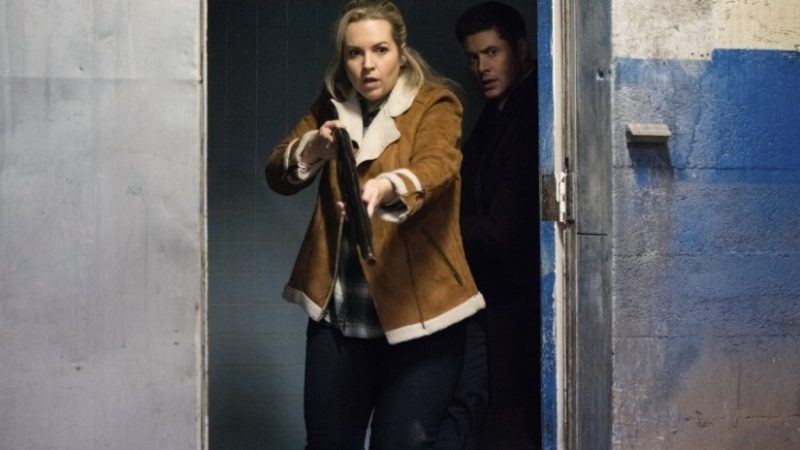 Unfortunately for Donna (Briana Buckmaster), Doug is not receptive to the existence of monsters and her life as a hunter. Despite him saying how he loves Donna, he apparently doesn’t love her that much. And so for Donna, it’s not enough that she became a victim of a Pishtaco, she has to lose someone she loves as well to fully become a hunter. It’s pretty weird to see Donna cry but being a hunter isn’t all smiles and shotguns. But hopefully, she keeps her old personality for her fellow Wayward Sisters. As everyone there has a chip on their shoulder, including Jody.

Speaking of Wayward Sisters, it wasn’t bad, but it wasn’t good either. Could that be why we have this episode as a follow-up to completely integrate Donna there and further promote it? Honestly, I’ve envisioned Wayward Sisters as more of buddy cop team-up between Jody and Donna. Instead, we get Claire as the show’s focal point despite a chunk of fans not liking her. For me, Claire is okay, but the attitude needs to be toned down because it just feels generic. She doesn’t need to be Dean, and Dean isn’t even like that. I believe the series would be successful if Claire is tweaked a bit and matures.  Still anxious if Wayward Sisters gets picked up. Besides, that final Kaia/monster appearance needs to be resolved. Plus, I’m kind of disappointed on how the giant monster turned out. Wayward Sisters could have been a two-parter with more Sam and Dean in the Bad Place. I miss those days when Star Trek Voyager had cool two-parters.

Now back to Sam, during the brothers’ post-case discussions, Dean tries to talk Sam down on his depression, chalking up Donna’s situation to tragic hunter syndrome and assure Sam that they’ll solve their current big problem. But Sam tries to dispel the by now cliché thing about hunters losing the ones they love while helping out strangers against the things that go bump in the night. He no longer wants to accept that and just move on like things are going to be okay for them someday. This time, he’s more fatalistic at the end of the episode. What could this be building to? Or will this funk be resolved by the next episode the way the series often does whenever the brothers decide to go separate ways or are in a very tight spot? It’s actually a nice change for Sam, and hopefully, it fits well into the next episode. We could sure use more Misha Collins’ Castiel and Lucifer (Mark Pellegrino) soon as I’m intrigued by the powerless angels and to move the overarching plot along. Strange that I just said that for someone clamoring for more monster-of-the-week, but for this to be believable, such a story needs to be revisited more often than not.