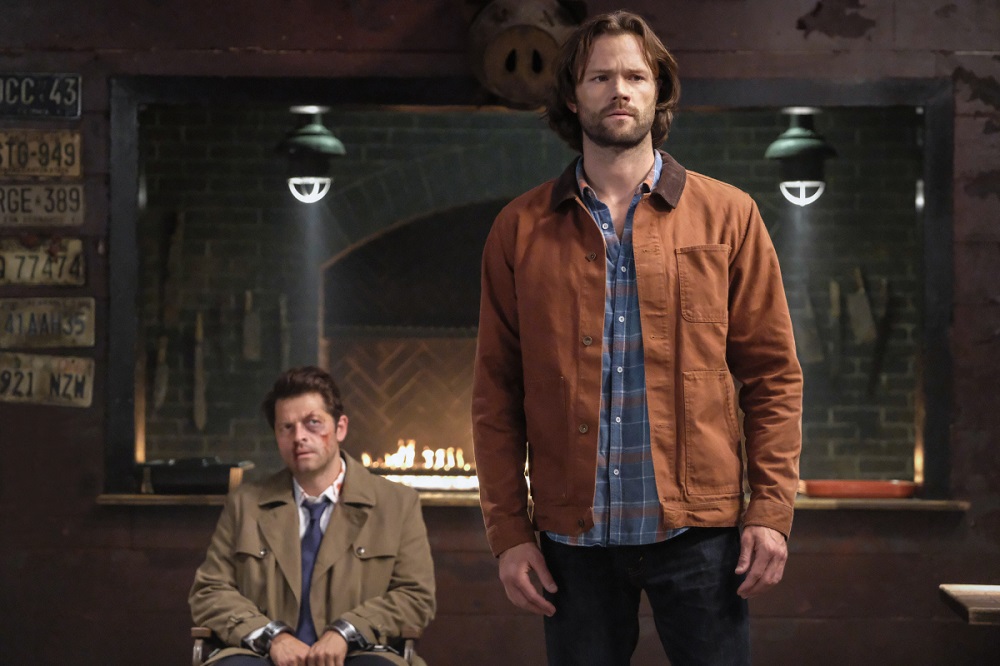 For someone who has watched Supernatural for so long, who followed the tyranny of Dawn Ostroff and her dedicated attempts at cancelling the show, it feels surreal to realize this show has gone on for 13 years longer than she wanted and is still going strong. So, I will shamefully admit that I was not excited about this episode at all. We’ll get to that later, for now, let’s dish about an episode of television that defied the odds.

That’s right; I actually liked this episode of Supernatural.

You can check out FangasmSPN’s thoughts on this episode here.

I was wary of Michael!Dean because the previews were leaving a lot to be desired, but Jensen Ackles really sold this new role. Ackles has admitted to nerves, but the first scene we see has him not only embodying the kind of angelic presence the show has been lacking since season 5 (save for Jared Padalecki’s performances in season 9, which also harkened back to seasons 4 and 5) but also selling that he was a being that could easily speak Arabic. Nice job, white boy! 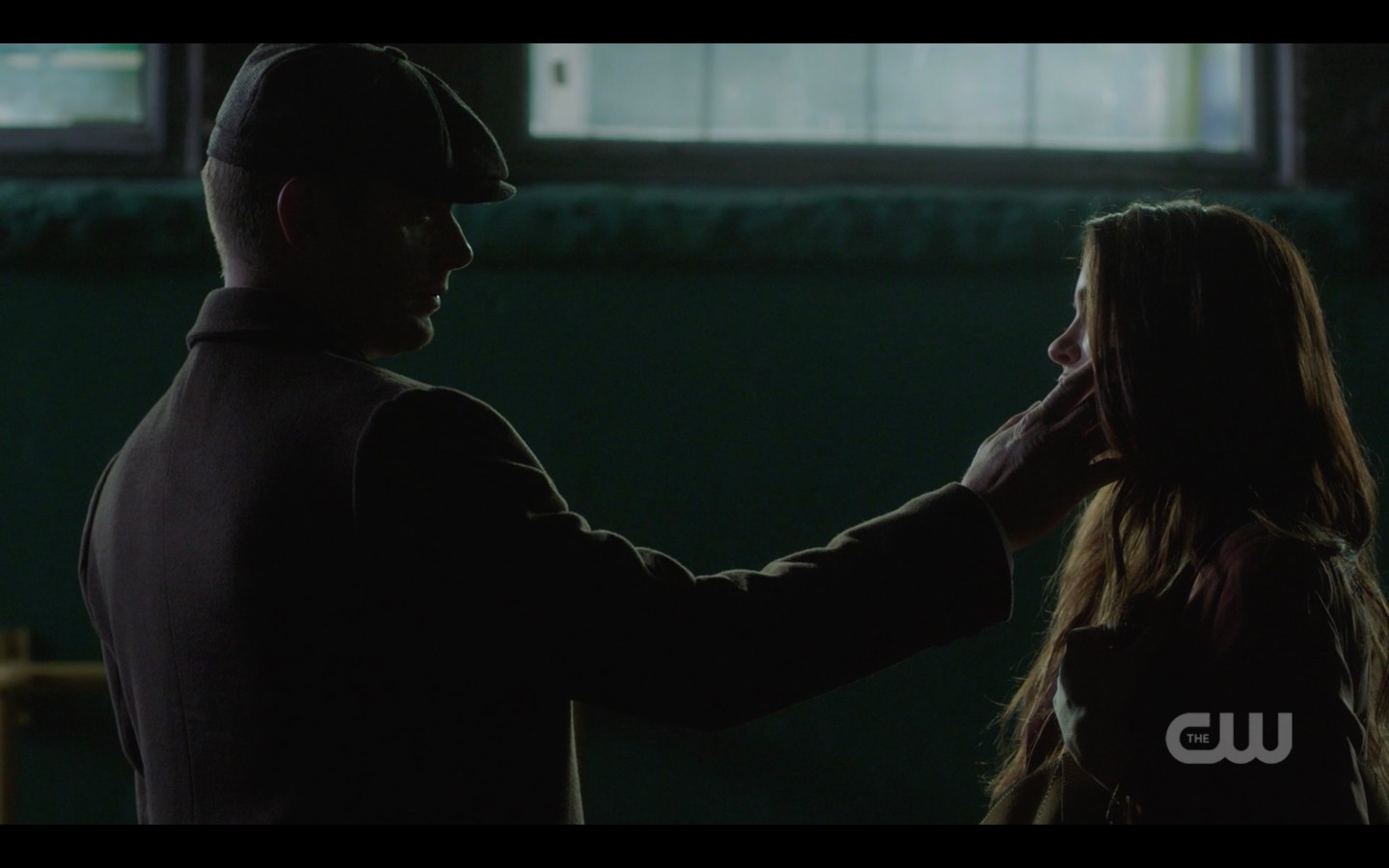 Not only did he do well with that, but he also held it down while delivering a gigantic exposition dump in the scene between Michael and Sister Jo/Anael. The dialogue was clunky, but he delivered a smooth performance. And while we’re talking about this scene, let’s also discuss the way Michael answers Anael regarding why Dean said yes to him.

The last time Michael wanted to walk around in Dean’s shoes, it didn’t go as Heaven planned. Dean’s answer was “no,” and he meant it. Saving the world was not motivation enough. This time, however, Dean didn’t hesitate to offer himself to Michael if it meant getting Sam back. He has watched Sam go through the hell of Lucifer being back after Castiel released him in season 11 and decided he was going to end this torture for Sam once and for all.

That’s the stuff I’m here for. I also loved the way Ackles chose to deliver that line because it felt believable coming from Michael, a being who is being fleshed out for us like a character who knows every being’s base wants and needs. Later we see him praise a vampire for having a pure, clean agenda and there is nothing purer than Sam and Dean Winchester doing whatever it takes for the other.

Before we go on to what else I liked about this episode, let’s dip into some issues I had:

First off, Andrew, sweetie, darling, please stop trying to make Mallory happen, no one knew who Marjory was when you killed her off (nearly killed her off? I legitimately don’t recall) in the season 13 finale, no one cares now that Melanie is back in season 14. What’s that you say? Her name is Maggie? I’m not sure that’s right, but whatever. I guess we’re supposed to care because Jack seems to like her, but given we’re still getting to know Jack, especially this newly depowered version of Jack, I can’t just care about her simply because he does. Really, that goes for anyone from the AU world. 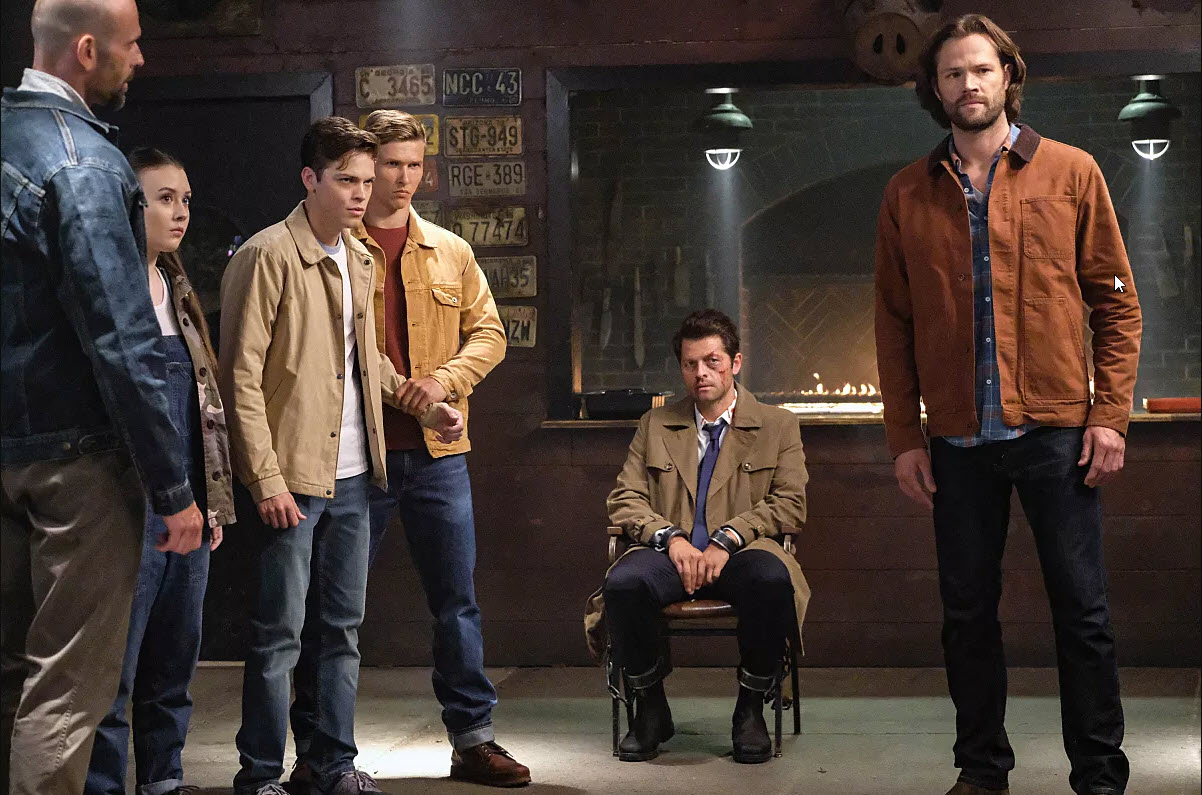 Having them all living in the bunker is awkward and unrealistic, it feels like a forced attempt at pacifying everyone who has asked for the hunter world to be expanded. This is not what we meant, no one asked for a bizarre version of the Batcave meets Hogwarts meets S.H.I.E.L.D. 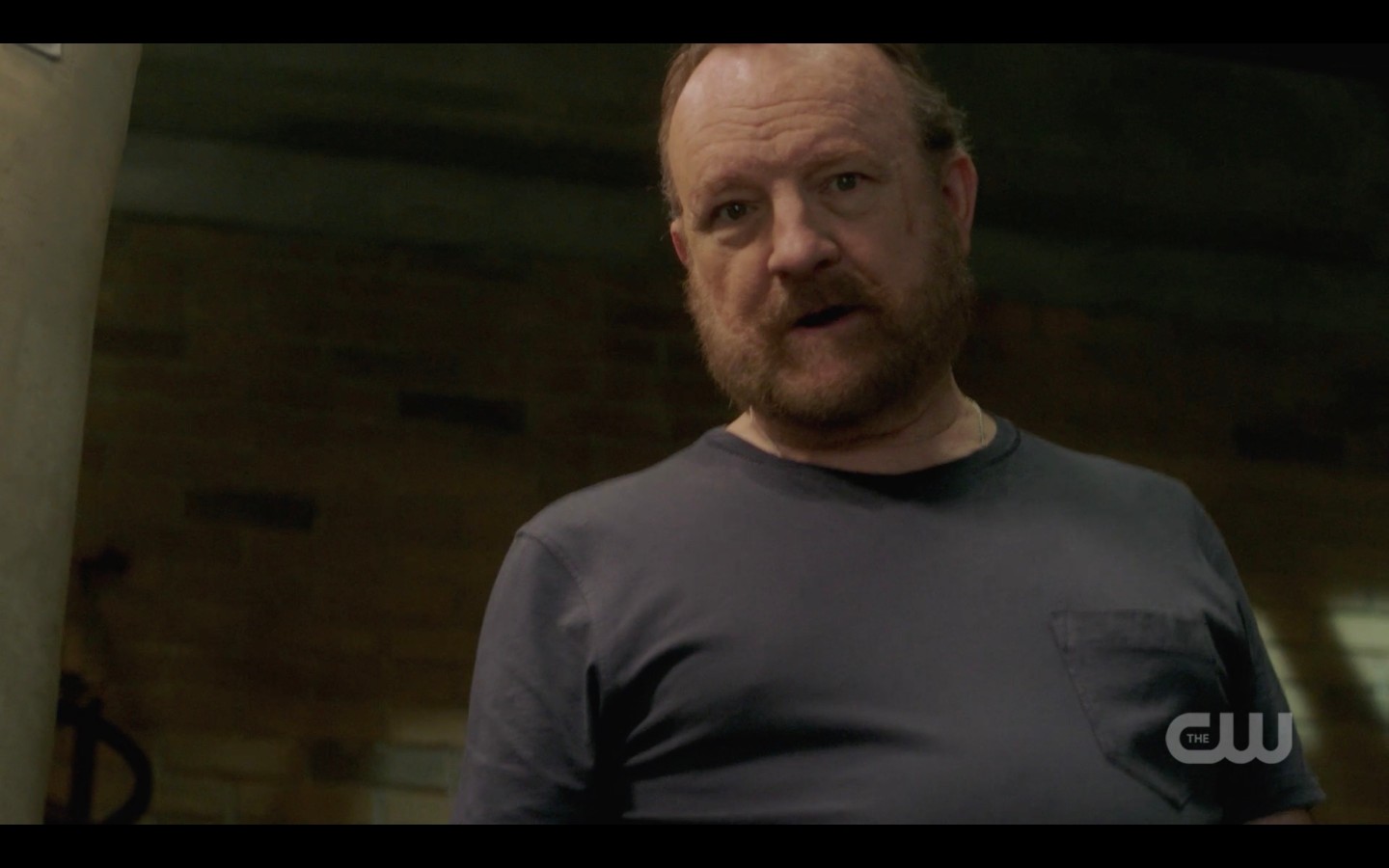 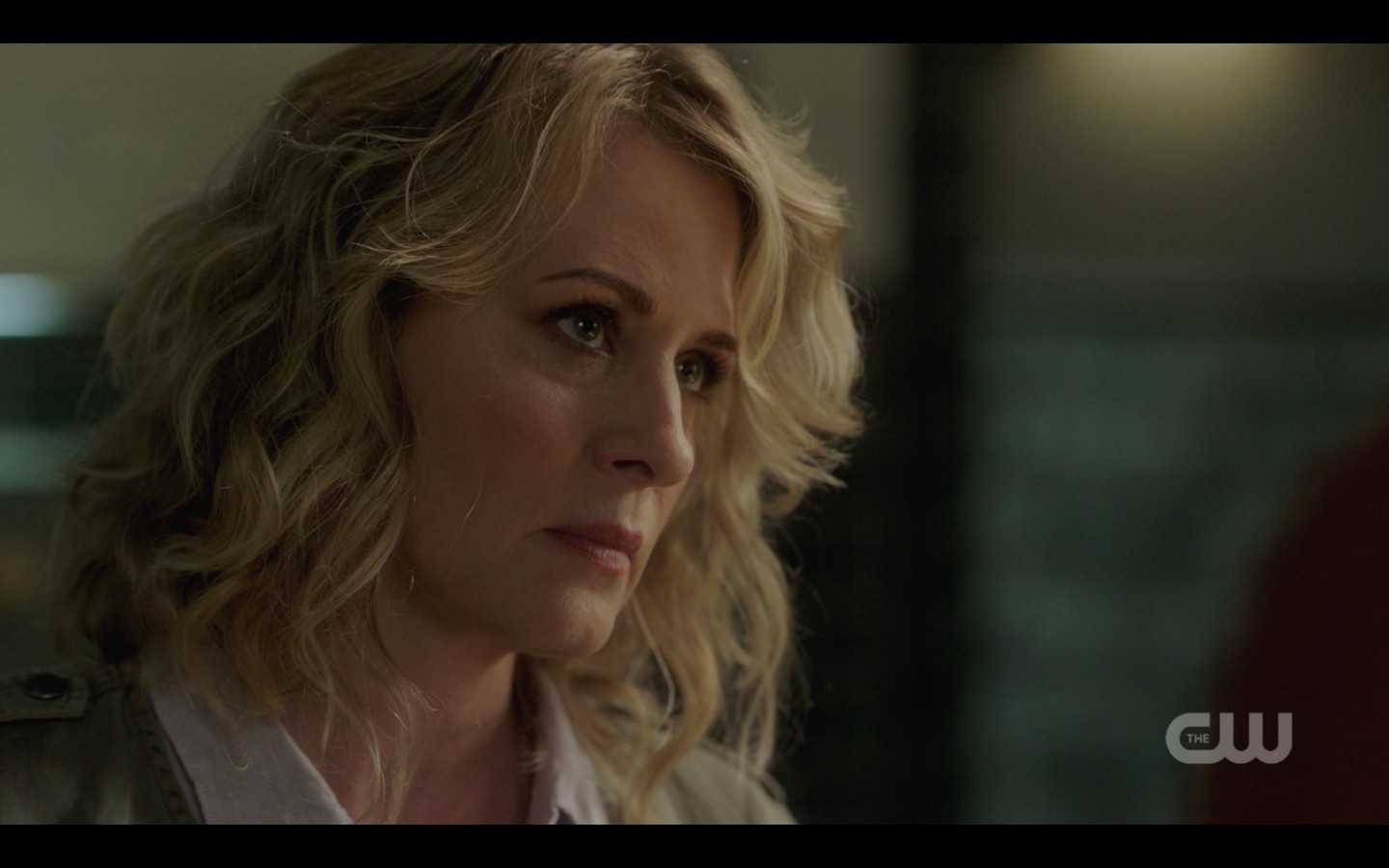 Another character I just can’t enjoy is Mary. For one, her continued existence is a mockery of the show itself, but aside from that, she was initially so unlikable, so untrustworthy, that I can’t help but distrust her now. Samantha Smith does her best, but the writing from season 12 to now makes the attempts at making her a caring mom ring hollow. 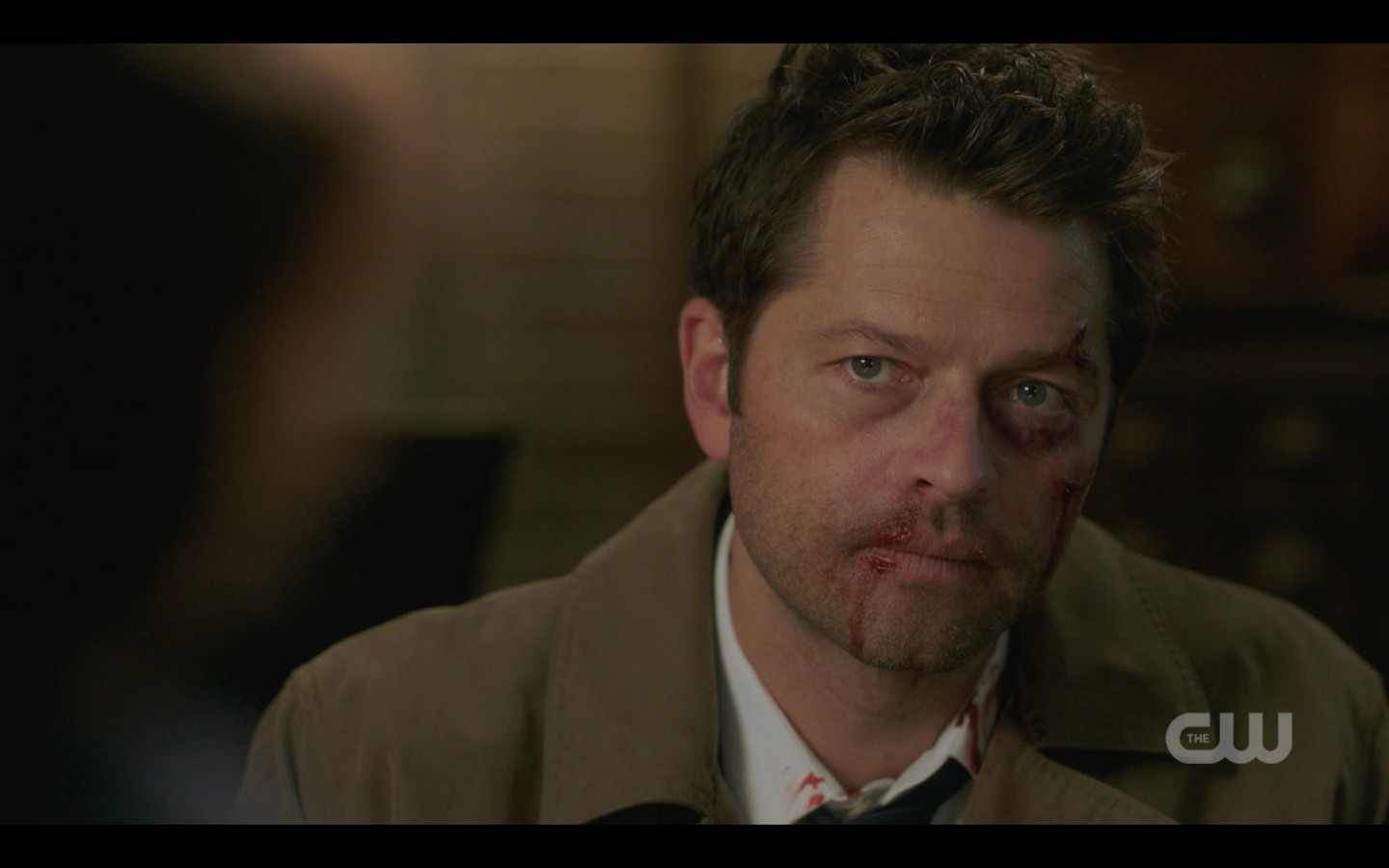 Shall we now address the elephant in the room? Castiel, Castiel, Castiel, seriously, what are you able to do or not do? Remember in season 4 when you could see demons easily because their true faces were the faces you saw? Ten years later you just sat in a bar full of demons without seeing them. You threatened to decimate Kip, and there was a time you could have, now you didn’t even get a good shot in on one demon before you were swiftly beaten down. I remember scenes where you face slammed demons to death and forced demons back down the throats of their hosts. Now you are, consistently, bait. It’s a very meta moment for you and Kip to acknowledge that. It would be better if they just went whole hog and made Castiel an antagonist, that would allow the writers to give the character back the dignity he once had.

Speaking of Kip, like Michael reminding us how angels should be, Kip reminds us of how demons were as well. The writing for Kip was reminiscent of Meg, Ruby, and Crowley circa seasons 5 through 9. A demon who was arrogant, cold, snide, and mocking. A demon who knew to defer to a Winchester. Even the simpering he did when first encountering Sam was laced with the threat of “but make no mistake, I will twist your head off.” I’ve missed that. 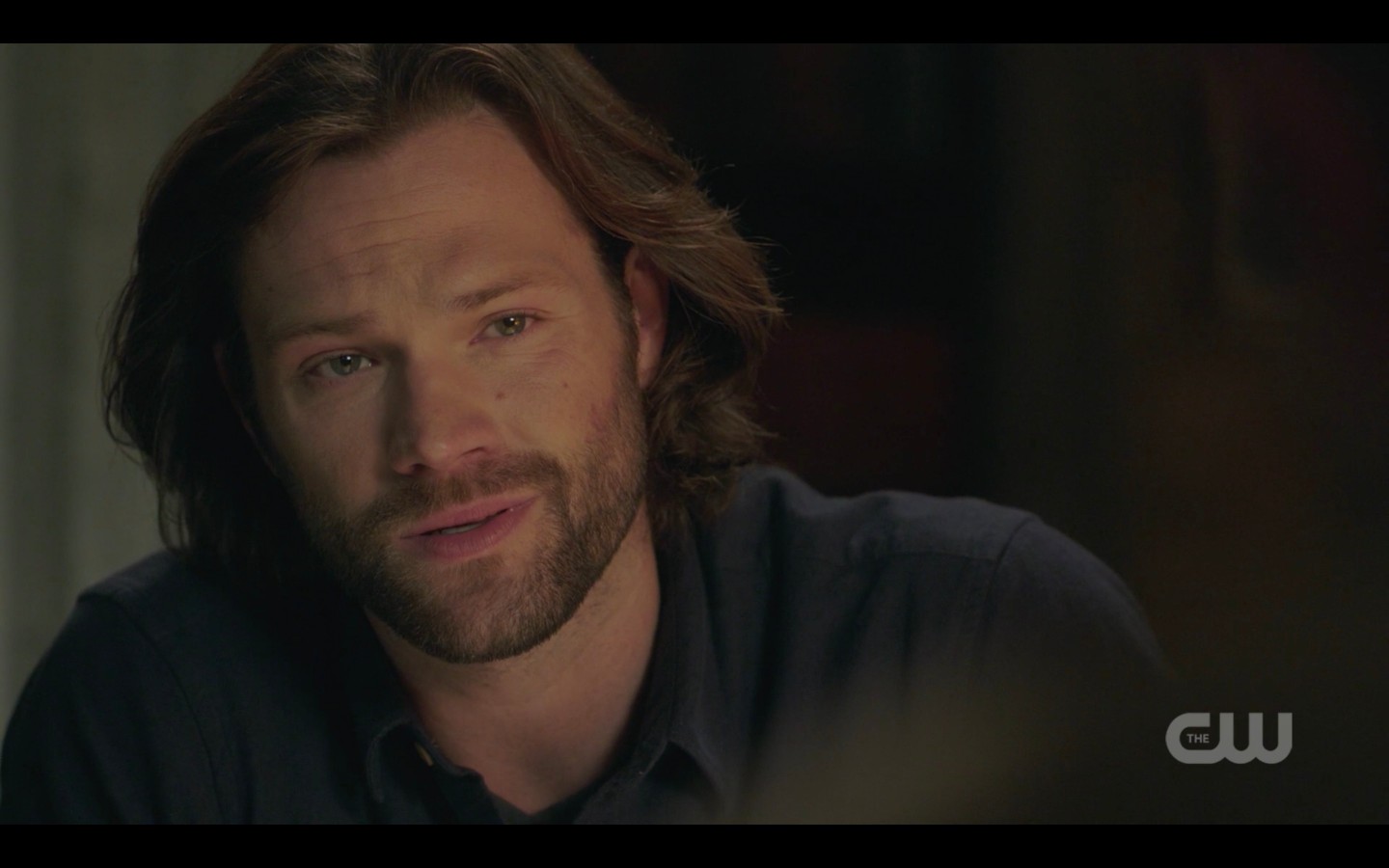 Now, can we talk about Sam Winchester in this episode? Man, I did not expect to be so enraptured by every scene he was in because my expectations were so low, but from the moment we got to see him driving the Impala while listening to AC/DC to the moment he growled out that there will be no new king of hell, Jared Padalecki knocked every emotion out of the park. Frustration, exhaustion, realism, fear, and anger mixed with determination, tactical intelligence, and his strength of character.

While I don’t think the explanation for Nick’s existence makes any sense at all (I don’t care that an archangel blade kills the angel, it’s still a deep stab wound in the chest cavity, human “vessels” don’t shake that off), I will always enjoy the way Jared Padalecki and Mark Pellegrino play off of each other. Both always take it so far beyond the dialogue, especially Padalecki who makes sure to portray the trauma that lives in Sam Winchester. The minute flinches and the way he holds his breath until he’s away from Nick speak volumes. In one episode we see Sam’s wariness and vulnerability, and then we see him order demons to stand down with such ferocity that they smoked out in fear.

Which now leaves us all wondering, did Sam just unknowingly take up Hell’s throne? On the one hand I don’t have faith that was the intention, on the other hand, it does seem like Andrew Dabb is determined to mine everything he can from the first five seasons of the show whether revisiting it is a win, lose, or draw in the end.

One wants to believe in Chekhov’s gun; is Sam now the defacto King of Hell? Is Nick surviving an archangel blade ganking the key to figuring out how to defeat Michael without losing Dean? Is there something to Castiel telling Jack that his grace may replenish itself? Who knows, but I hope so. At this point, I’ll take the MacGuffins over the red herrings.

Now back to why I had such low expectations for this episode. Often times with Supernatural, the marketing is so much better than an episode, take the promotion for season 10, we were all geared up for “Year of the Deanmon” (except, y’know, no one in fandom was calling Demon!Dean “Deanmon”) when in reality it was three barely passable episodes of Dean the Frat Douche. 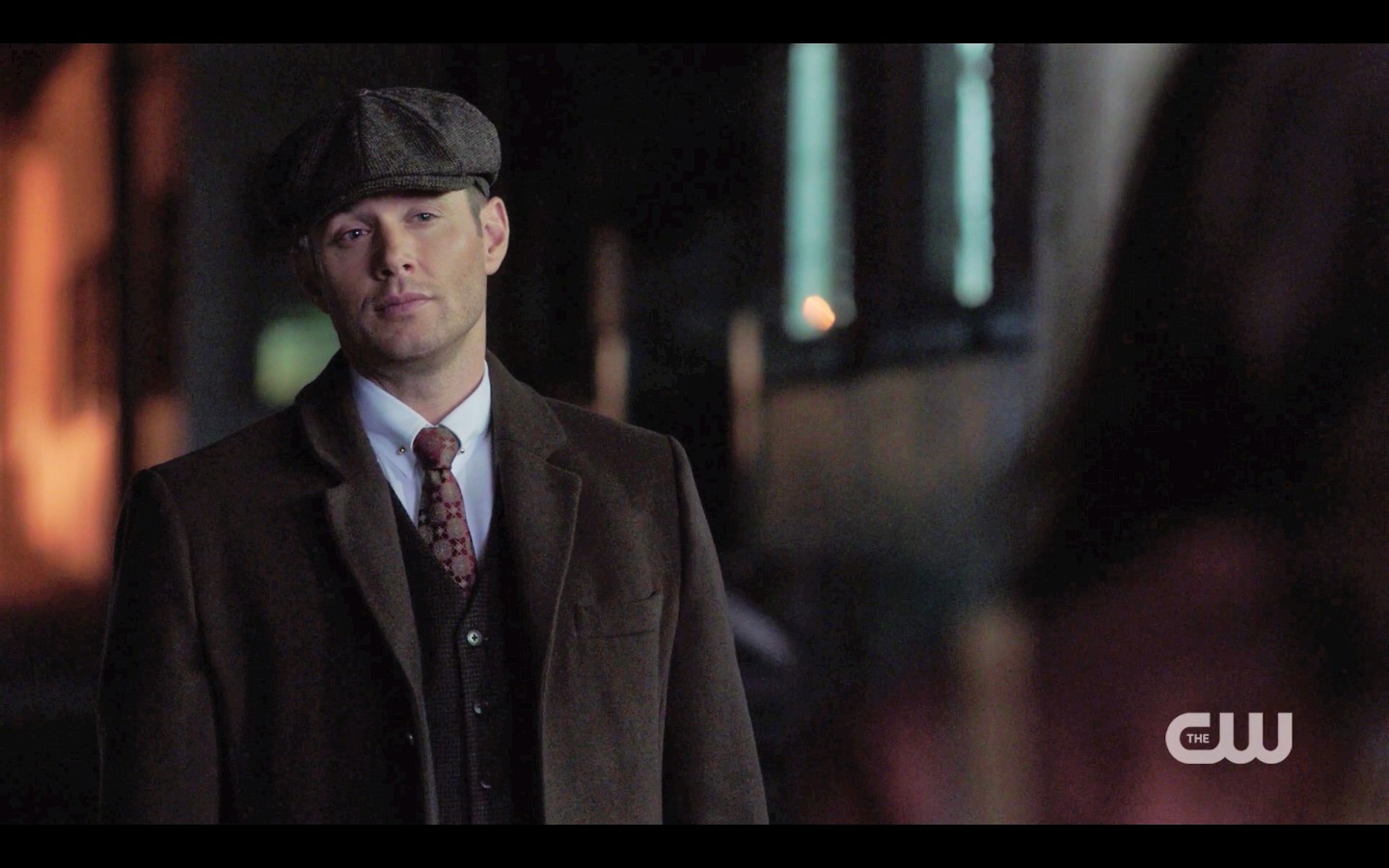 So, I’ll be the first to admit that seeing season 14 being marketed as “Michael, Michael, Micheal and also, hey there are so many new characters for you to get to know and Sam? Um… sure he’s… around, we think… which one is he again?” left a lot to be desired for people who tune in for the very mission statement of the show “Sam and Dean against, well, everything and everyone else ever.” The Summer and early Fall were filled with a large chunk of fans scratching their heads wondering why the co-lead of the show was pushed to the background by CW/WB marketing, why the brother’s relationship was being erased so thoroughly by the publicists.

I can’t really say “well, now we know,” because to be candid, I still don’t get why it was promoted this way, what I can say is I’m just glad the episode didn’t pan out as feared. I’m glad Michael lived up to the regal coldness we expected, I’m glad Sam was shown less as a babysitter and more as a competent and strong general in Dean’s absence. I’ll be the first to say that since Andrew Dabb and his former co-writer, Daniel Loflin, went their separate ways Dabb has been a more miss than hit writer in my opinion, even more so as a showrunner, but “Stranger in a Strange Land” was a solid episode.

Notice how I didn’t say it was a solid season premiere?

The thing about this Supernatural episode is while it was entertaining and well acted, it simply didn’t feel like a premiere; it felt like either a midseason finale or a penultimate episode, because despite the performance high points the plot itself was nothing more than “Castiel messed up, now a Winchester has to rescue him, later he’ll apologize and once again a Winchester will tell him he did nothing wrong,” and that’s just not premiere material. 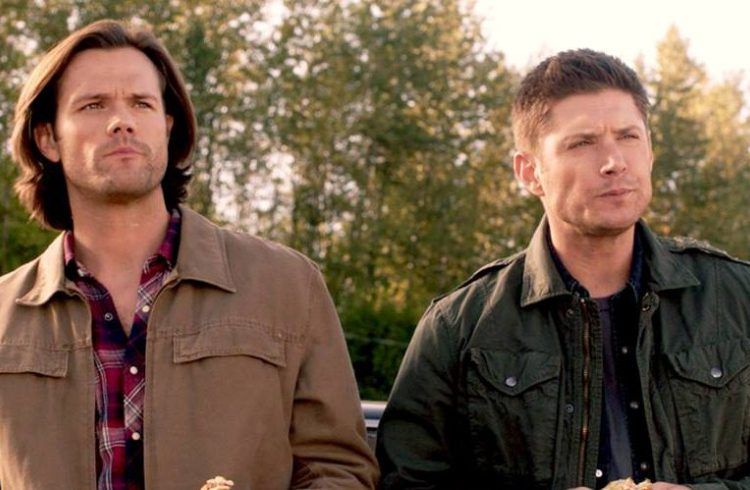 Hopefully, we’ll see a foot hit the gas in the next Supernatural episode instead of another side character distracting Sam from getting Dean back. Because, well, I want my Winchester brothers back.