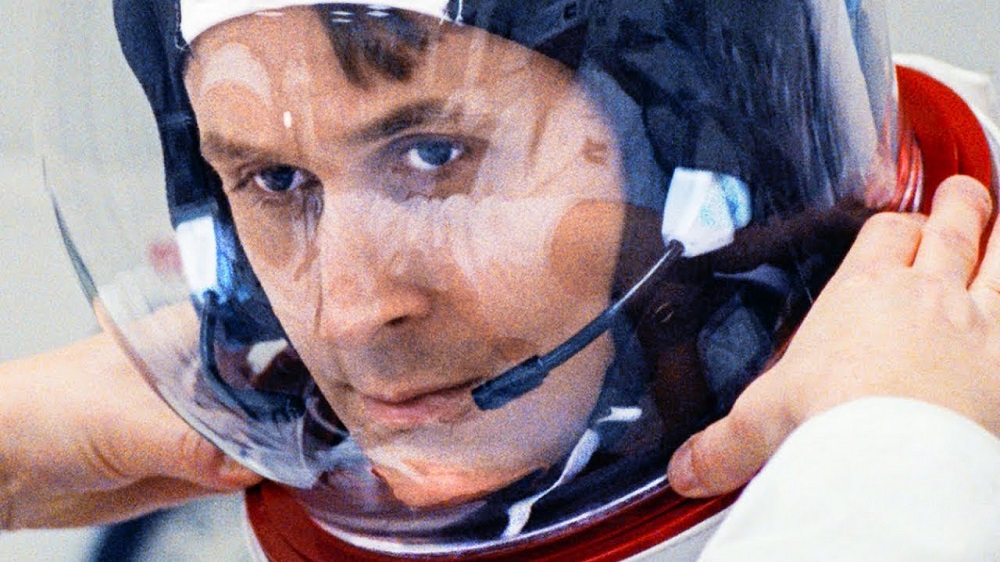 Not many expected the director of “La La Land” to deliver a moving narrative of NASA’s glory days as seen through the eyes of Neil Armstrong played brilliantly by Ryan Gosling in “First Man.” There isn’t the expected saga of space cowboys saddling up; instead, we see the personal, emotional, and intellectual rigor that created the Apollo 11 triumph.

Making a movie about Neil Armstrong may not necessarily be on par with, say, successfully landing on the moon but the pressure involved isn’t a giant leap from that either.

There are astronauts who were there, for one, in Michael Collins and Buzz Aldrin, in addition to all the people who were on the ground at NASA ready jump on any inaccuracies.

There’s the near-mythic weight that that achievement of being the first man to walk on the moon holds. For film fans, there’s the “2001: A Space Odyssey” factor. And then there’s the fact that Armstrong, who died in 2012 at age 82, while a stickler for facts, didn’t like to talk much about himself — even to his own family.

But it was a challenge director Damien Chazelle (“La La Land”) and screenwriter Josh Singer (“Spotlight”) were willing to take on. Chazelle envisioned a documentary-style approach to telling Armstrong’s story in “First Man,” now playing nationwide, with Ryan Gosling in the lead role. He wanted to strip away the glossy romanticism from early space travel and make it about the real men, with real families, and the very real danger of this dream to go to the moon.

To achieve this goal, production designer Nathan Crowley (“Dunkirk”) and his team built full-scale replicas of capsules from Gemini and Apollo missions, the X-15 aircraft and the multi-axis trainer — practical sets so Chazelle could put his star, camera and the audience right in the claustrophobic action and shake them all a little while space imagery played outside the windows on LED screens. “Contrary to what you might think it was fun,” Gosling said with a chuckle.

Beyond the physical challenges of the role, Gosling had to also embody the man, without much to work with.

“Even though it was hard to learn personal things about him, I respected it every step of the way. He was the most famous person on the planet and somehow managed to keep the focus on the missions themselves, on the hundreds of thousands of people who helped make it possible,” Gosling said.

“I don’t think it was just to be evasive, I feel as though he had this incredible ability to see everything within its larger context. He could see one giant leap in a small step.”

They weren’t flying blind, either. They had James Hansen’s official biography, “First Man: The Life of Neil A. Armstrong” to work from, but there was a lot of sifting that needed to be done to find the story.

“The good news with Jim is the book got everything right. The bad news is it’s a little encyclopedic,” Singer laughed. “It’s not the easiest read.”

So Singer set out trying to distill and dramatize (but still accurately depict) a seven-year period, starting with the death of Neil and Janet Armstrong’s 2-year-old daughter Karen, and ending with the moon landing. Singer realized that tragedy surrounded Armstrong. He’d lose a number of friends and colleagues in a short period of time, from plane crashes to the Apollo 1 fire, and have a few near-death experiences himself, including the less-remembered Gemini 8 mission. 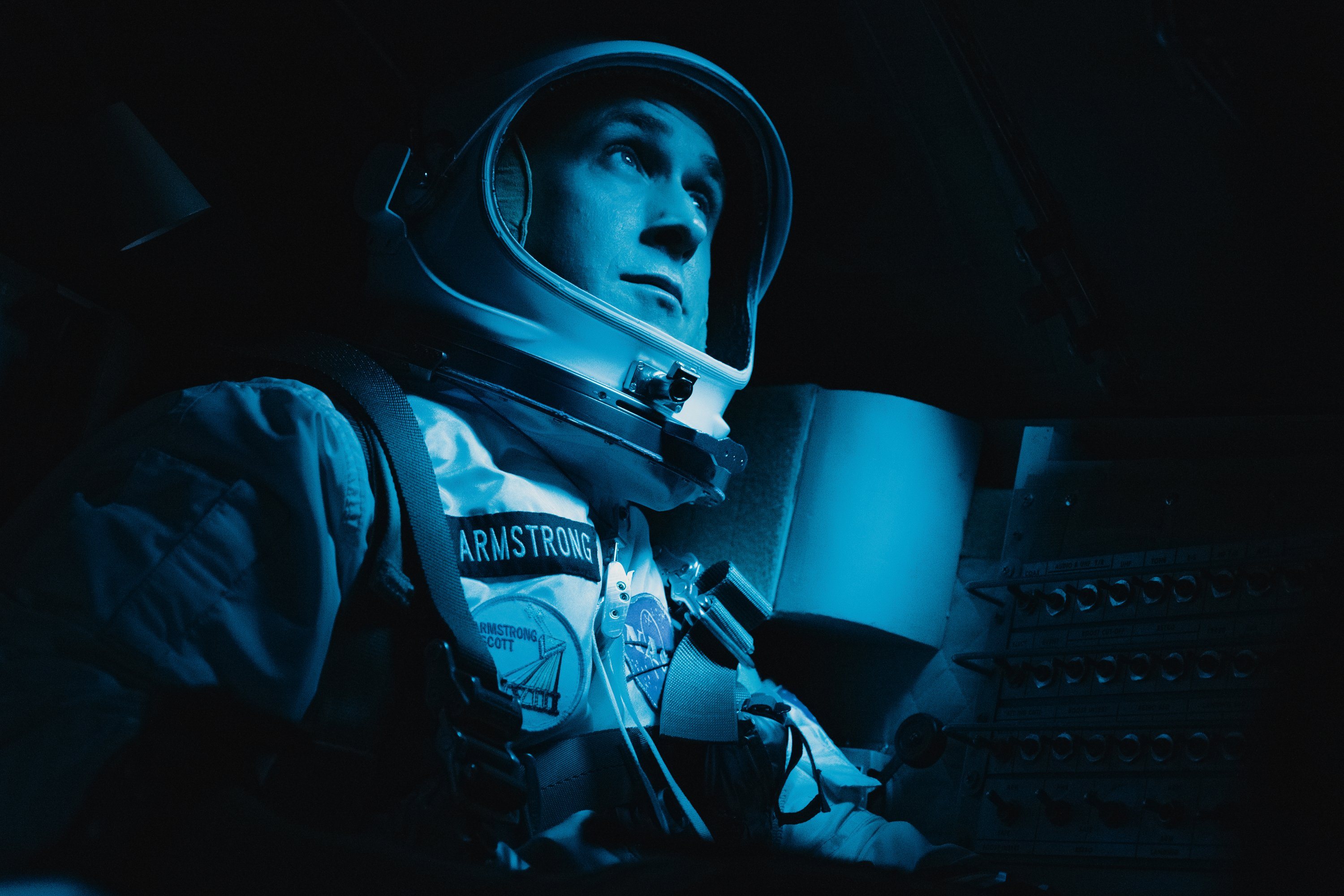 A key factor was getting the support of Armstrong’s sons, Rick Armstrong and Mark Armstrong, who were always available to Singer and Gosling and anyone else who had any questions, about them, their mom (who is played by British actress Claire Foy) and their dad.

“One of the biggest challenges of the film was knowing they were going to see it in the end and they weren’t going to see a film about historical figures, they would see their parents and themselves,” Gosling said. “It was also an invaluable asset to have them there. I can’t really imagine doing it without them.”

Rick and Mark Armstrong were relieved that the filmmakers cared about accuracy (technical and emotional), and helped provide crucial details for one of the film’s most heartbreaking scenes, when Neil Armstrong tells his young sons that there is a chance that he might not survive. But they’re most excited about audiences getting to see something else — their dad’s humor.

“He was a pretty funny guy and I was really glad that that came through,” said Rick Armstrong. “He had a very dry wit.” 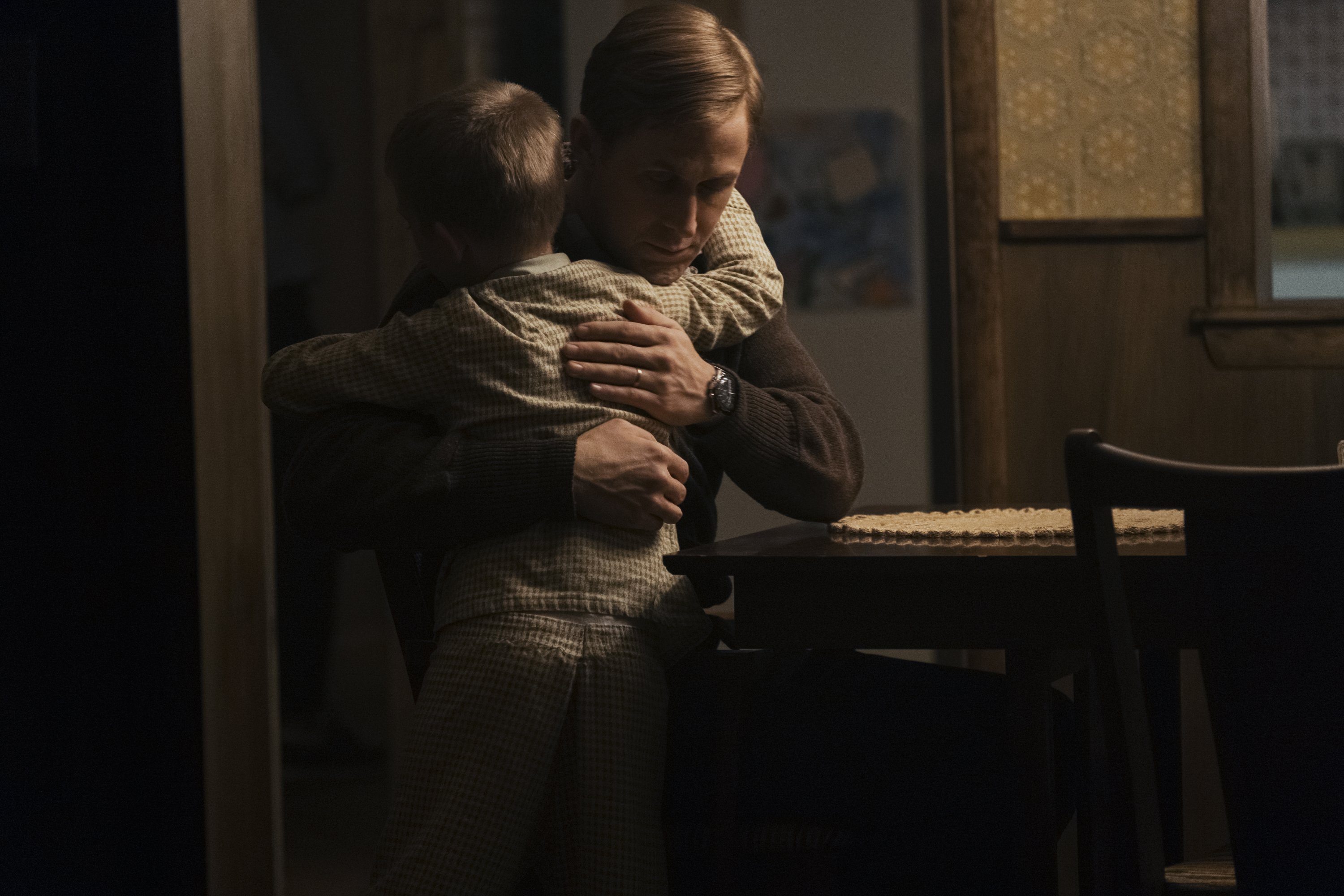 As Gemini and Apollo trainer Frank Hughes described it to Singer, “if you weren’t paying attention, you’d miss it.”

One of the funnier scenes wasn’t even initially in the film. It was Gosling who stumbled on the fact that Armstrong was a fan of musicals and even wrote one in college. He asked Singer why that element wasn’t in the script. After 10 minutes of writing, it was.

“I felt like it helped add color to a person who was very, very layered and complicated and fascinating and was too humble to share that,” Gosling said.

There was also an army of astronauts ready to fact-check along the way. In Singer’s first draft, he made up “all sorts” of stuff in the lunar landing.

″(Astronaut) Dave Scott got really angry,” Singer recalled. “As Rick Armstrong likes to say, ‘You mess with canonical history at your peril.’”

So, he went back to the drawing board and the 1,000-some pages of transcript and took another pass. For Singer, Chazelle, Gosling and the hundreds of people involved in the production, accuracy was their first mission.