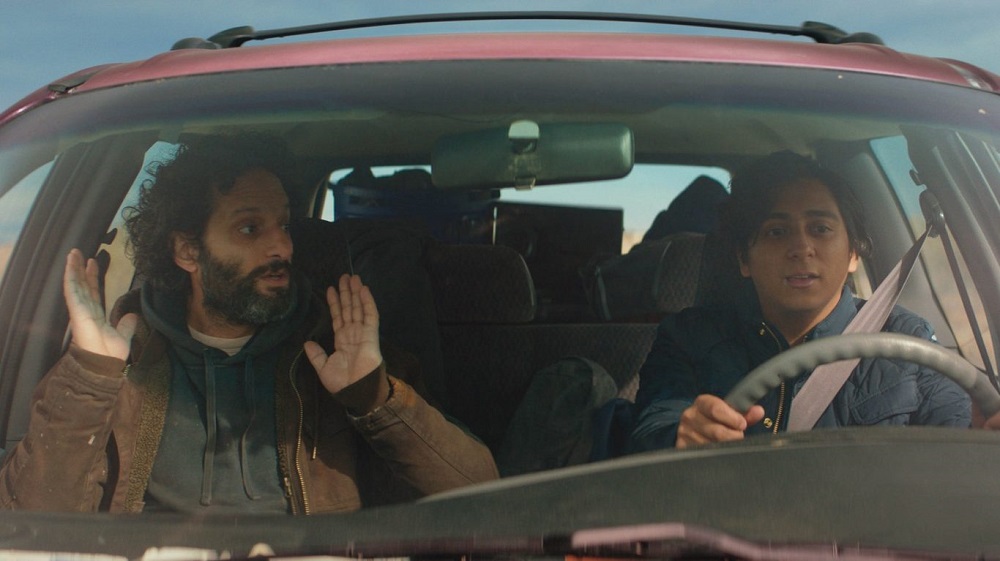 We’re not at the end of the 2018 Sundance Film Festival, and despite distributors complaining about the lack of quality content for their outlets, the range of film and documentary choices has been really great.

Many are saying it was a weak year for the festival, but I found there were many films that left quite the impression on me, and that’s what filmmaking is all about. Who can forget that jolting tongue click Toni Collette’s daughter did in Hereditary, the magnificent costumes in Ophelia, seeing Andrea Riseborough four times on the big screen or Chris O’Dowd’s line in Juliet, Naked “Everyone is entitled to their opinion, no matter how unnuanced” to name just a few?

I think some are weighing it on whether the films have a chance at winning Oscars, but many classic films were overlooked at awards season which didn’t diminish the quality in the least. Sometimes just watching a film for the experience is all you need rather than projecting so much onto it. Let the projector do the work. 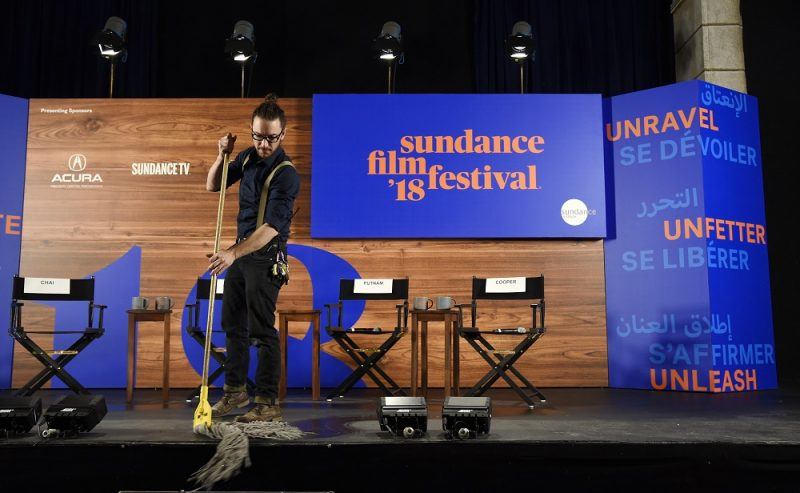 My 10 Favorite films of this Sundance season include:

With a few special mentions: Don’t Worry He Won’t Get Far on Foot, American Animals, Hal, Three Identical Strangers, and The Miseducation of Cameron Post. 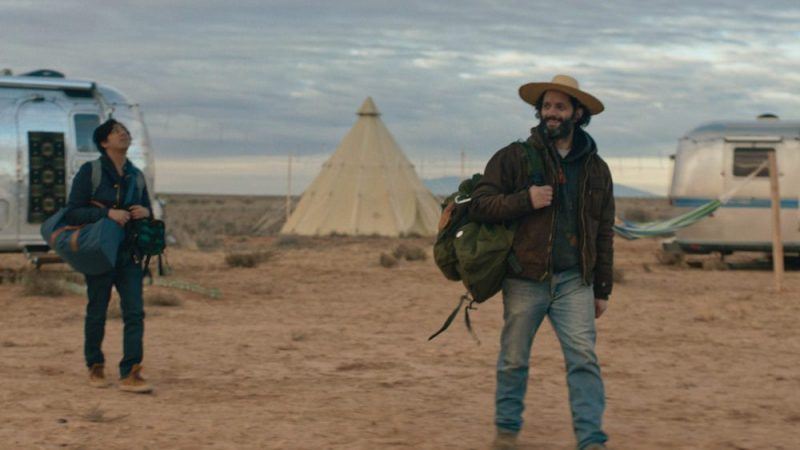 The tradition of ending the Sundance Film Festival on a comedic grace note continued in 2018 with the premiere of Hannah Fidell’s The Long Dumb Road, an endearing odd-couple buddy film/road movie. The comedy marks a drastic departure from Fidell’s earlier work (which includes the 2013 Festival thriller A Teacher) and will likely be remembered for offering a rare leading role to Jason Mantzoukas — the ubiquitous scene stealer best known for memorable supporting roles in films such as Sleeping with Other People and a variety of sitcoms including The League.

Fidell’s story follows Nathan (Tony Revolori, The Grand Budapest Hotel), a teenager leaving his middle-class family’s Austin, Texas, home for the first time to drive across the country to attend art school in Los Angeles. When he experiences car trouble, he crosses paths with recently fired mechanic Richard (Mantzoukas), who blows into his life like a cyclone. The two soon hit the open road together for a series of misadventures that include bar fights, an education on the Fast & Furious franchise, an encounter with Richard’s lost love (an always welcome Casey Wilson) and a pair of friendly sisters they meet at a motel (Grace Gummer and Taissa Farmiga), and ultimately a psychopathic family man (Ron Livingston) whose actions send the two travelers on an unexpected path.

It’s to Fidell’s credit that she never allows the force-of-nature Mantzoukas to completely overwhelm the more subtle acting style of his younger co-star. The unforced chemistry developed by the two actors elevates the material, which is often unavoidably episodic.

Following the premiere, Mantzoukas bounded onto the stage with the cast and crew and immediately fired a T-shirt cannon at the audience, before essentially turning the Q&A into a stand-up routine to a full house that couldn’t have been more appreciative. One audience member even proposed marriage to Mantzoukas, which sent the actor on an improvised monologue about his lifelong dream to meet his true love in the middle of the Eccles Theatre. “You arrived early enough to avoid being seated in the balcony,” he complimented her.

Fidell managed to get in a few comments, including how the inspiration for the story came from her friend Nat Sanders (an editor on Moonlight), who’d gone on a Kerouac-inspired road trip and picked up a pair of homeless men, because “drifters have more truth,” he insisted. Fidell pitched her film as “a big studio-like comedy that looks like No Country For Old Men.”

During a rare calm moment on stage, Mantzoukas stated that when he read the script, Revolori was already attached. “For me this is the kind of movie that I love—a road movie that’s a two-hander,” he said, “It was such a fun script, and then meeting with Hannah was super-exciting, and I was excited to be a part of it.” Here’s hoping it leads to more leading roles for the fireball actor. 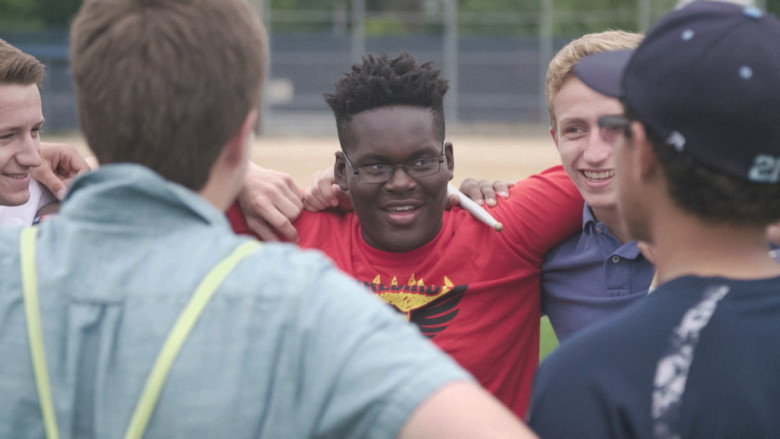 Though television has been a factor of everyday Western life for 70 years, and filmmakers have toggled between the big and small screen for nearly as long, the past few years have witnessed a notable flourishing of ambitious and transformative work in the episodic realm. In acknowledgment of this innovative work, and also perhaps as a way of showcasing the big-screen merits of these small-screen shows, the Festival inaugurated the Indie Episodic section for its 2018 iteration.

Over the course of the second week of the Festival, there have been screenings of pilots and individual episodes of shows by the likes of Festival alumni Andrew Ahn (This Close), Michael Walker (Paint), Rick Rosenthal (Halfway There), and Carlos López Estrada (High & Mighty), as well as film world notables such as Nash Edgerton (Mr Inbetween), Caveh Zahadi (The Show About The Show), and Diaz Jacobs (Cherries). But the most significant and comprehensive program of the section’s inaugural slate was America To Me, the latest work by Academy Award-nominated and Sundance Jury Prize-winning documentary filmmaker Steve James (Abacus: Small Enough to Jail, Hoop Dreams, The Interrupters). On Thursday afternoon at the Redstone Cinemas, the first five episodes of the ten-part, ten-hour series, which will air on the Starz network later this year, were presented in succession—binge-watching style.

Alongside segment directors Bing Liu (whose own film Minding the Gapis in this year’s U.S. Documentary Competition), Rebecca Parrish, and Kevin Shaw, James tracks a year in the life of Oak Park and River Forest High School, a school renowned for its diversity that nonetheless struggles to provide an equitable education for all of its students, particularly its black and biracial students. Rather than focusing on a failing institution, James and company look at one that’s succeeding in many ways yet is still at a loss in respects that echo throughout America’s institutions and the culture at large. At the conclusion of the five episodes, James talked to the audience about how the team went about planning and filming this ambitious endeavor.

By necessity for a project of this scope, the subjects had to go through an organized casting process beforehand—something James said he’s never done before for his films. At first they interviewed 40 kids and their parents, primarily black and biracial students and families. (They didn’t cast any white kids until the beginning of the school year—the reasons for which are explored in episode 5). “Out of those 40, we narrowed it down to 13 kids that we thought were the best candidates. Then we brought in the producers and segment directors, and they reviewed all the tapes and had a really long conversation about who appealed to you and who didn’t, in general and also personally, as in, ‘I’d really love to follow that kid,’” James said.

In terms of what they were looking for, and what led to an original group of seven students (which eventually and organically ballooned to twelve over the course of the year), James provided some criteria. “We were looking for a variety of academy experiences. We were looking for a variety of different classes, in terms of grade levels,” he said. “We definitely wanted to make sure we had a number of biracial kids in the mix, because today that’s a significant thing going on for kids who are biracial in terms of finding their sense of identity in this culture—and Oak Park is a magnet for biracial families; it has something like six times the national average of biracial families.” Families were crucial to the casting process, and James said he insisted that the families be present for these early interviews, both for insight into the students and for actually exploring on camera. “I knew that we were going to want to go home with the kids, that we weren’t going to just confine ourselves to school. And as it goes on in the second half, the parents continue to play significant roles,” he said.

So what about the next five? James made allusions to a few things that might happen with some of the characters, but he said he didn’t want to spoil anything. “They’re edited, but they’re not done done,” James said, though they’ll certainly be ready for the Starz launch, which might sync with the beginning of the next school year in the fall. “I like these first five,” he said to an audience already fully invested in America To Me, “but the next five are stronger.” 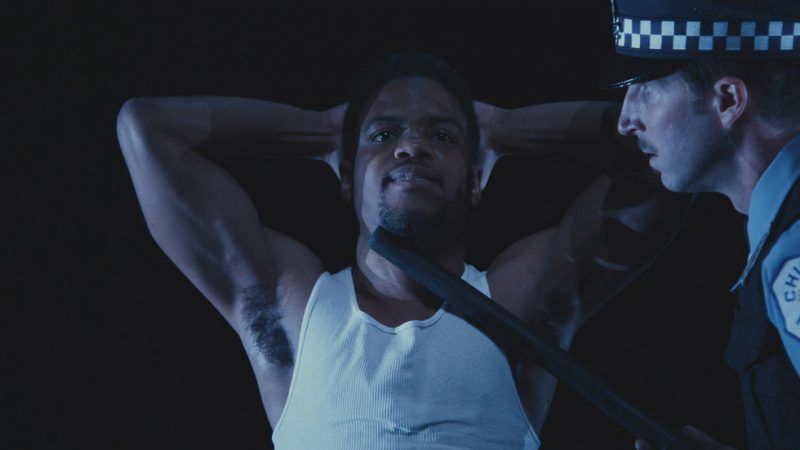 When Spike Lee came across the script for the play Pass Over — a mashup of Waiting for Godot and the biblical Exodus story set in modern-day South Side Chicago — he thought, “This shit is dope,” and decided to make a film out of the live performance partnering with Amazon Studios.

Though the play had already finished its run at Chicago’s Steppenwolf Theatre, stage director Danya Taymor brought the cast and crew back for another night to be filmed, and people from the South Side community were given an opportunity to attend the special performance.

Playwright Antoinette Nwandu revealed that her script grew out of a desire to combine the biblical ideas of justice and freedom that are common in black culture with the existential world of Waiting for Godot, in which two men wait for a man named Godot who never shows up. She explained, “If you’re in a Godot-like situation, where a lot of the problems in the black community both internally and externally continue to happen and continue to cycle … how do you reconcile those seemingly irreconcilable worlds? Do you have hope? Do you say yes, we’re going to get to the promised land one day, or do you say no, we’re stuck on this corner and nothing is ever going to change?” 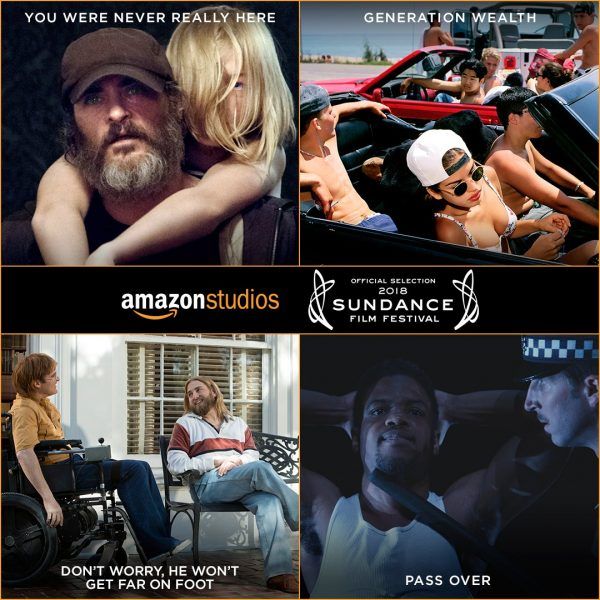 Co-star Julian Parker, who plays one of the two men waiting at a violent intersection in Chicago, expressed his appreciation for being able to play a multidimensional role rather than a stereotype or oversimplified character. “I’ve been waiting for an opportunity like this my entire life, to grab some meat [with] a role like this, where I’m not just in a wife beater getting dragged from stage left to stage right for 90 minutes at a time. We have four-dimensional characters who — yeah, we can beat our chests too — but we also laugh, we also care. What drew me to this role was how much Antoinette insisted on, despite how devastating the facts are of this play, it’s more than anything a play about two boys that insist on joy.”

With nuanced representations of people who may not typically see themselves reflected in the characters on stage, Nwandu explained that this show’s run attracted some of the most diverse audiences the Steppenwolf had ever seen. However, she also pointed out the accessibility issues in theatre throughout the country, with tickets being too expensive for underserved communities to be able to afford it. “Bringing this play to Amazon Prime absolutely blows open the door for accessibility and for getting to audiences who a). Might not see theatre or b). Might not be able to afford it. It’s a wonderful step that we’re making right now.”