Home All News Movie News Still Unclear On ANT-MAN? Here’s All You Need To Know INFOGRAPHIC 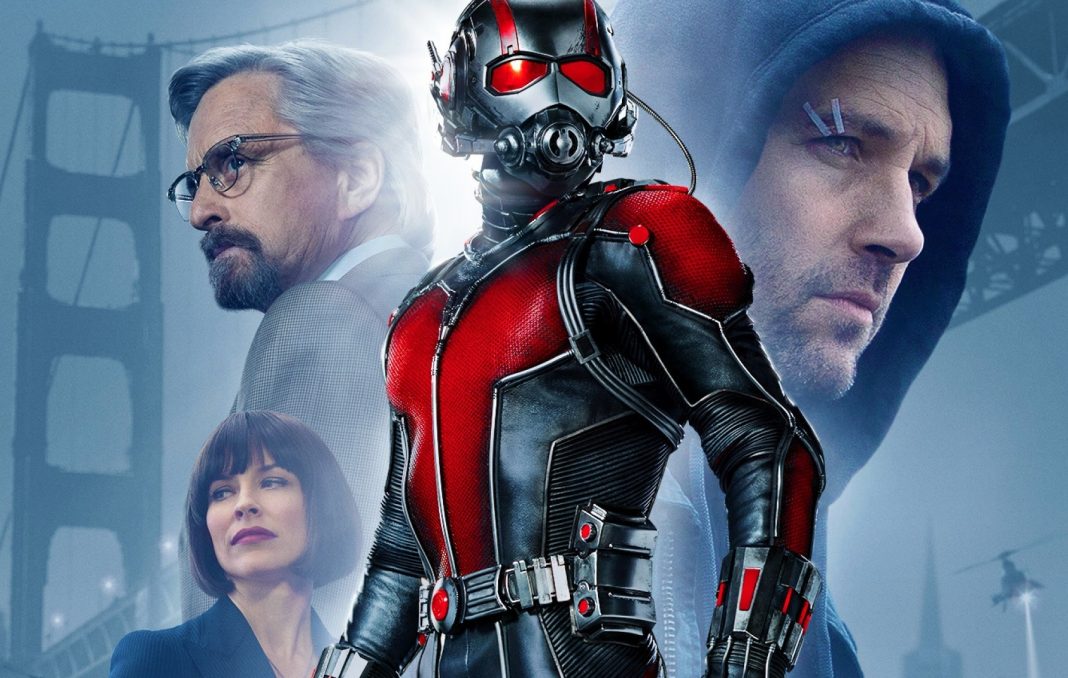 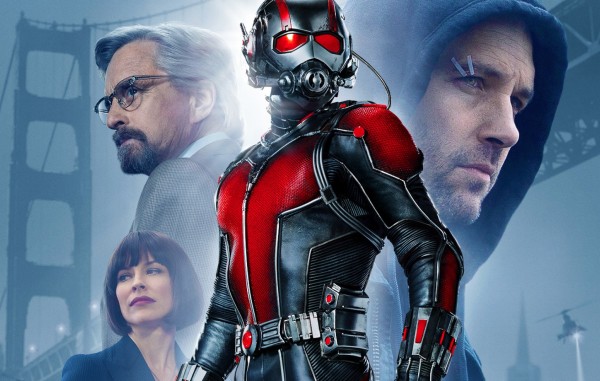 With so many super hero movies out, it’s hard enough keeping up with even the lesser know ones like Ant-Man, unless you’re a devout fan. Many aren’t so if you’re curious what this latest Marvel hero is about, look no further as we’ve got it all down for you in a great infographic plus a nice rundown for you to better understand. Our friends at Morph Costumes were able to supply us with this great info piece so you’ll know what to expect or if you’re a hardcore Ant-Man fan, you can see how right they are.

If your Ant-Man knowledge only extends as far as the trailer for the new film, then we’ve definitely got some news for you. You may be under the impression that Scott Lang (Paul Rudd) is the only Ant-Man, but the comic book story is about a lot more than that.

When Henry ‘Hank’ Pym formulated a substance (Pym’s Particles) that could change your size, the idea of Ant-Man started to formulate. After first using Pym’s Particles, Hank shrunk down to the size of an insect and became stuck in an ant hill. Once free he deemed the substance too dangerous and destroyed it, this only lasted a short time as he later realised this could be put to good use. From his time spent in the ant hill, he became fascinated by the study of ants and created a helmet that let him communicate telepathically with them. Once revealing his inventions to his girlfriend Janet Van Dyne, she became his crime fighting partner named the Wasp. Together they were the founding members of the Avengers.

The next person to take up the Ant-Man name was a common thief named Scot Lang. After finding out about the Ant-Man suit he stole it in order to treat his daughters heart condition. Lang only intended to take the suit to save his daughters life, however on returning the suit to Pym, he was allowed to keep it on the condition he only used it to uphold the law. As Ant-Man Lang became an ally of the Fantastic Four and most recently a full time member of the Avengers.

Eric O’Grady was the final person to use the name Ant-Man. Unlike his predecessors O’Grady did not always use the suit for good, as a low-level S.H.I.E.L.D. agent he came across the suit in S.H.I.E.L.D.’s headquarters and stole it for his own gains, which included using his Superhero status to seduce women and humiliate others. A recurring theme to O’Grady’s character is the fight over his evil side, resulting in him countlessly vowing to change. His life however comes to a heroic end when he is beaten to death by Father’s henchman while trying to protect a child. 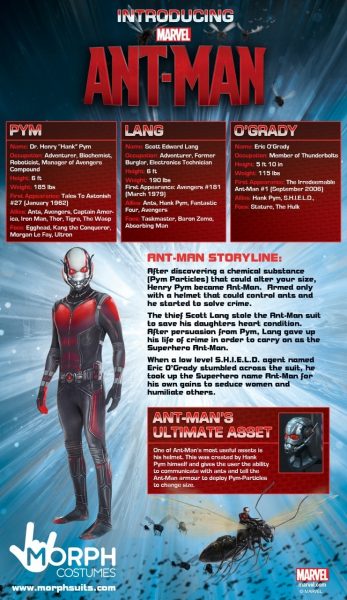 As we know the movie version usually winds up different from the comics, so here’s the full movie description: Armed with a super-suit with the astonishing ability to shrink in scale but increase in strength, con-man Scott Lang must embrace his inner hero and help his mentor, Dr. Hank Pym, plan and pull off a heist that will save the world.