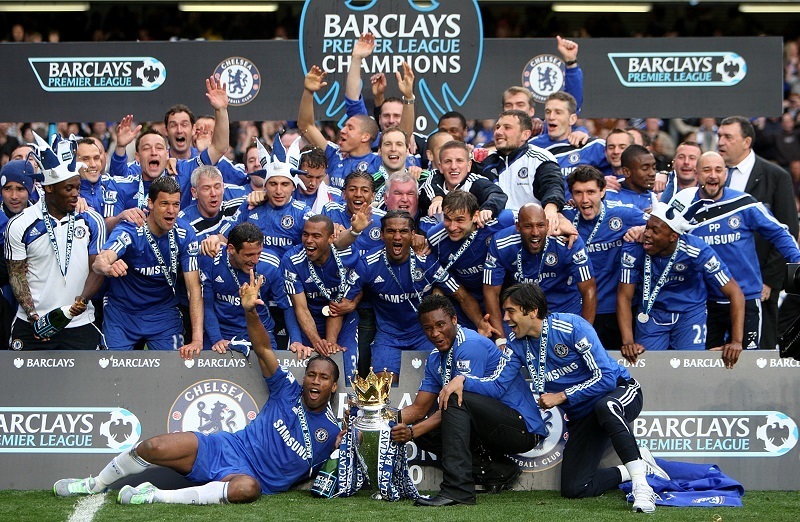 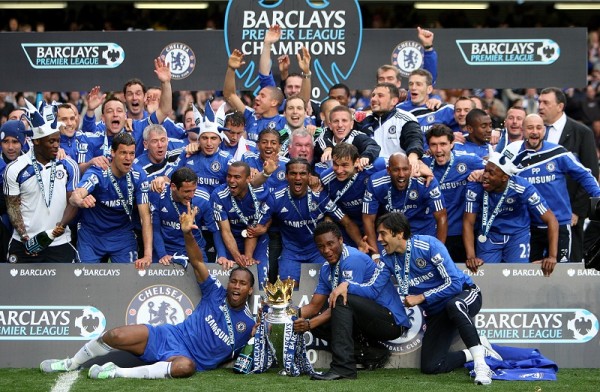 Chelsea lifts the Premier League title, while Hull are relegated to the Championship. It was a dramatic final day in England as Newcastle left it late to confirm their stay in the top division.

John Carver’s Newcastle United won 2 – 0 at home against Sam Allardyce’s West Ham. Both the goals came in the second half, which left all the Toons sweating over a possible demotion. It couldn’t have been more a emotional final game for the fans as Jonas Gutierrez netted the second. A few months earlier Gutierrez made a comeback to the squad after his brave and successful against testicular cancer.

There weren’t many smiling faces at the KC Stadium as Hull were relegated following the draw against Manchester United. Louis van Gaal’s men did no favours to their former player’s team. Steve Bruce’s team held United to a goalless draw, thereby ending their campaign at the 18th spot on the league table.

The biggest losers of the day were Brendan Rodgers’ men. The 6 – 1 defeat to Stoke City on Sunday was Liverpool’s biggest loss in the last five decades. The 18-time English champions have conceded the fifth spot to Pochettino’s Tottenham. Spurs earned a 0 – 1 away win at Goodison Park at the weekend. Harry Kane was again on target, but he has missed out on the Golden Boot as Sergio Aguero took his tally to 26 goals in the match against Southampton. The Saints had an opportunity to seal their place in the Europa League but they lost 2 – 0 to Pellegrini’s City at the Etihad. They have now finished seventh and their chances of featuring in Europe next season are in the hands of Arsenal, who’ll battle Aston Villa in the final of the FA Cup.

Arsenal were rampant in their last league game as Theo Walcott bagged a hat-trick against West Brom. Jack Wilshere also scored on a brilliant half volley in the 4 – 1 win at the Emirates. 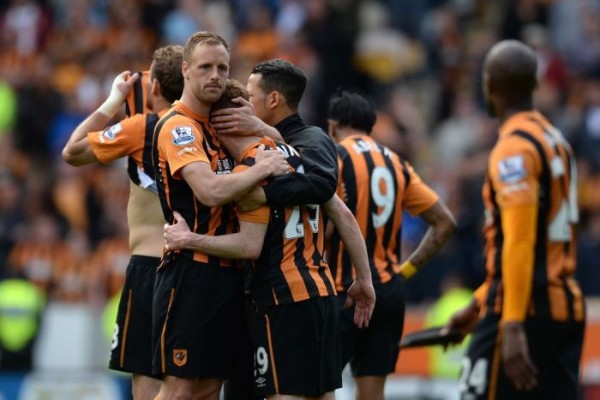 Burnley are signing off from the Premier League with a win over Tim Sherwood’s Aston Villa. Danny Ings scored in his last league game and possibly his last game for the club. He has been linked with Liverpool and his summer move seems inevitable as it doesn’t seem that Ings will move to the lower league.

Swansea travelled to the Selhurst Park but Crystal Palace took all three points from the match courtesy of Chamakh’s goal. Alan Pardew has now become the first manager in the Premier League history to take over a club in the relegation zone after the halfway point of the season and then guide them to the top half of the table.

Leicester City won 5 – 1 against QPR with Cambiasso getting on the score sheet with a brilliant shot on goal. Last but not the least, Chelsea have been crowned the champions of England and they were handed the trophy after a 3 – 1 victory over West Brom. Didier Drogba were the skipper for the day as he played his last match for the Blues. On his substitution, the legendary striker was lifted by his teammates and carried off to the touchline.

Joe Hart was awarded the Golden Gloves for most clean sheets throughout the season, while his Manchester City teammate Sergio Aguero picked up the Golden Boot 2015. The Hammers’ boss Sam Allardyce has been sacked following the defeat to Newcastle United.