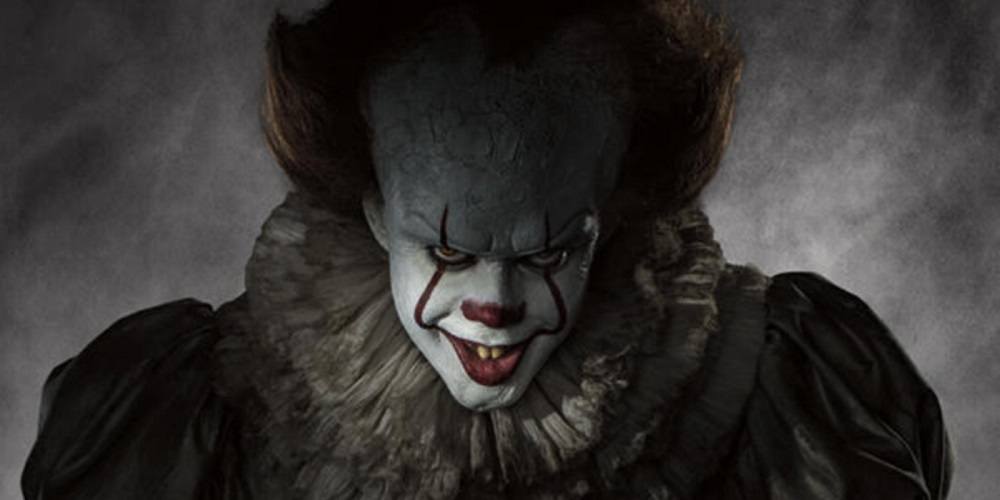 The ever-expanding number of works of Stephen King’s that Hollywood has adapted is pretty ludicrous to think about. There are three big ones that are currently underway that just happen to be some of the author’s best work. A reimagining of King’s gigantic post-apocalyptic novel, The Stand, is reportedly in development. The multi-book saga, The Dark Tower, which follows a lone gunslinger on a quest to track down a mysterious man, has both a film and television show coming up. But there’s one more out there in the deep pool of Hollywood productions that reigns above all the others—and it goes by the name of It.

The 1000-plus page novel tells the horrifying tale of a disturbed clown that hunts down a group of childhood friends. The book did already receive a semi-worthy adaptation in the form of a TV-miniseries that aired back in 1990. While the series was short-lived, it has since gone on to become a beloved cult favorite. The part of the series that was the most celebrated was the incredible performance by Tim Curry as the notorious Pennywise The Clown. But now over 25 years removed, the novel has been given a rebirth. Director Andy Muschetti (Mama) is helming the exciting adaptation that’s hitting theaters next Fall. 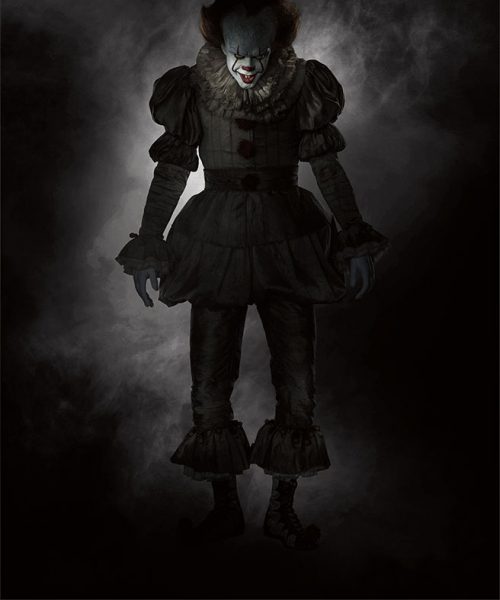 There have already been a nice sum of gorgeous images released from the film’s production. Of course, the ones that has had fans going wild is the full-body shot of the new Pennywise. Unlike the miniseries’ version of the clown that was greatly diluted to appease strict television ratings, the film is thankfully doing a very faithful take on the character. The new costume looks amazing—you know it’s in good hands since its been designed by the brilliant artist behind the costumes of True Detective Season 1 and the acclaimed Beasts of No Nation. Even though It’s release date is a long ways away, we have been given a welcoming note that should only further your excitement. 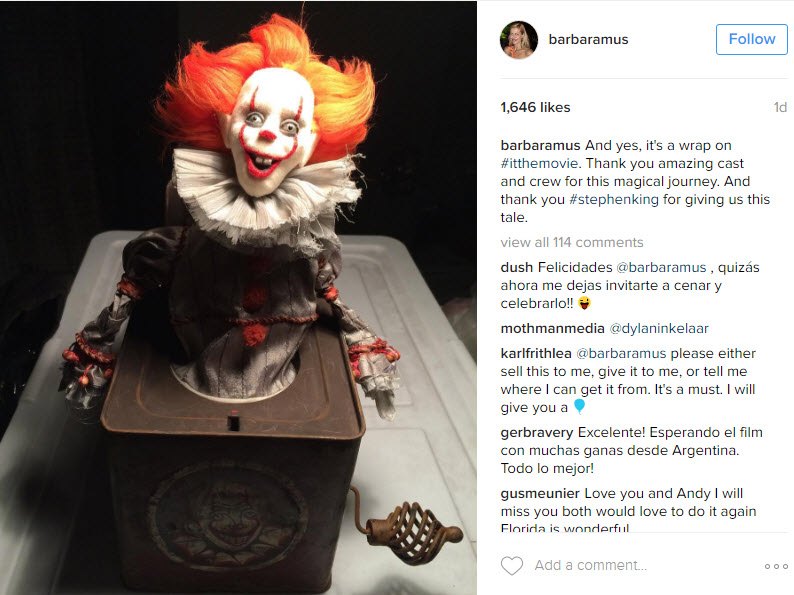 Muschetti and his producer/sister Barbara both revealed that the film has officially wrapped production. They did so through their Instagram accounts, with the former showing a charming photo of the young actors who play the endangered childhood friends, while the latter unveiled a darkly beautiful Pennywise jack-in-the-box. It’s understandable for you to freak out now. The creepy but tremendous toy is a collectible that the studio is probably already getting some bids from fans. We must have it.

Despite some of King’s works not having received the proper adaptation they deserved, this one really looks like it could be something amazing. While Muschetti’s work on Mama wasn’t some undeniable masterpiece, it had some gorgeous visuals and a convincing aura of terror that lined the entire storyline. So, it seems like he’s a good choice for the job. It still remains to be seen how Pennywise is handled by the new owner of the character, actor Bill Skarsgård. Not only that, what’s most delicate about his performance is what the character’s dedicated fanbase thinks of it. That is the real test.

All that’s left now is the agonizing wait for the film’s first footage to hit. Since it has wrapped production, the period before that happens shouldn’t be too long. Pennywise the Clown will surely continue to resonate with audiences just as he has done in the past, but let’s hope his next upcoming appearance will be worth the wait.