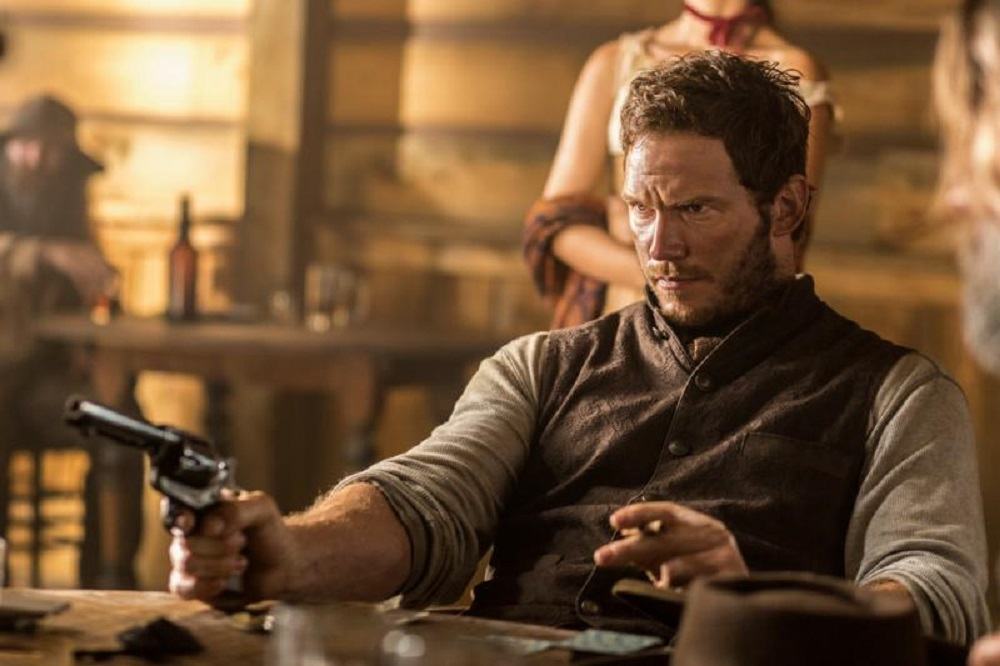 When an ensemble cast of charismatic stars are brought together, the result is almost always positive. But with Antoine Fuqua’s remake of The Magnificent Seven, that couldn’t be further from the truth. I hate to say that, considering my love for the genre. It doesn’t make much sense why this one came out the way it did, particularly because all the various pieces that went into creating this film seem like a recipe for sure success. Unfortunately, for the film’s entire two-plus hour runtime, the fond memories of the John Sturges and Akira Kurosawa versions never left my mind. Sure, a few of the naturally charming stars will keep some audiences satisfied enough to give this one a pass, but it otherwise plays as a shallow take on an epic tale of survival and friendship.

The story begins after a sadistic leader by the name of Bartholomew Bogue (Peter Sarsgaard) comes to the town of Rose Creek in the hopes of stripping the area of its wealth. But soon after he arrives, the people revolt and many innocents are murdered. One of those slain is the husband of Emma Cullen (Haley Bennett). Hellbent on revenge, she sets out to find a team that can help defend the town from Bogue’s forthcoming return. She first runs across the quiet but dangerous gunslinger Sam Chisolm (Denzel Washington). Now, having someone like the charming Washington in the lead role is usually a wise move, but the reserved nature of his character completely kills any of that potential. Therefore, Chisolm ends up being just another run-of-the-mill shooter.

Chisolm heads from town to town, assembling a team to defend Rose Creek from Bogue and his supposed army of followers. First off, the film spends way too much time showing the ragtag seven-member team coming together. Now, that wouldn’t be such a bad thing if the characters were actually compelling. But due to the weak, uninspired script, everyone feels like cardboard cutouts. You don’t really get to know anyone aside from a few bluntly-stated lines of exposition that is supposed to show they have all supposedly come from damaged backgrounds.

What would have been a lot more interesting is if it delved deeper into why they all have chosen to help Chisolm in his righteous mission. I know that sounds harsh, and these comments make it seem like I hated this film—but I really didn’t. It’s just that with a film that mostly plays as a dull ride like this, you are forced to search for other possible strengths. And unfortunately, this one has little of those.

Even on a technical side, The Magnificent Seven falls pretty flat. For a film that’s weirdly dialogue-driven for the first two acts, the editing was jarringly rapid. Every scene plays like it’s in a rush to get through it, despite the script seeming like it wanted to let the audience have some time to get to know the Seven. This becomes even more apparent when we actually get to the town siege at the end. It is epic and spectacular, and the editing does flow at a pretty logical pace then. It’s only everything before the action that makes the film feel extremely muddled and pointless.

The setting wasn’t even utilized to its advantage. While Rose Creek is surrounded by beautiful mountains and forests, the cinematography decides to constantly use close-up shots that never allows for any viewer exploration or discovery. So, instead, you’re shoved into the faces of these men who you don’t really care about. And as you do, you’re just dying to see what else is going on around them. 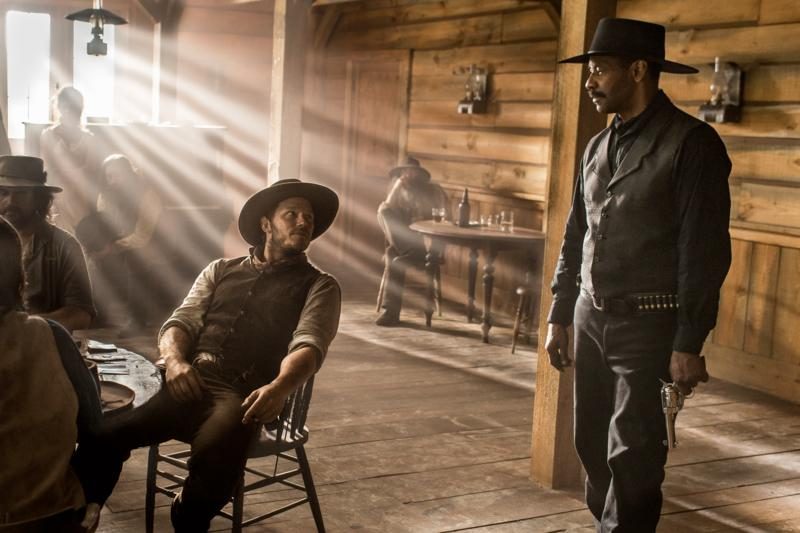 And looking at Washington’s fellow cast cast members, it’s obvious when the first act that these actors need better material to work with to thrive. Someone like Chris Pratt can’t showcase his strong comedic chops with lame broad jokes like what he has in this, similar to the bland writing for his character in Jurassic World. Then there’s supporting players like Ethan Hawke and Vincent D’Onofrio. The former has a plethora of cheesy Western one-liners that usually flop, while the latter felt the need to use this occasionally cracking voice to add some shred of wittiness to his offbeat character. No one really feels like they mesh with the Old West, either. That’s even more of a disappointment when you look at winners like Leonardo DiCaprio in The Revenant or Jennifer Jason Leigh in The Hateful Eight. Most of the time, The Magnificent Seven looks and plays like it so badly wants to be a Western—perhaps too much. But it just never achieves that.

Like with many of Fuqua’s past work, the film never can decide on what tone it wants to have. Humor is a good thing to have in every type of film, but it still needs to be used wisely. And with this one, there’s either too much, too little, or it’s not well-written or delivered with much aplomb. In the end, The Magnificent Seven isn’t gritty enough like Django Unchained, it’s not fun to the high levels of The Lone Ranger, and it’s not dramatic like The Assassination of Jesse James by the Coward Robert Ford. So, the film rides this odd middle line that constricts it to never having anything remotely memorable about it.

That’s not to say that it doesn’t have a good third act. It’s action-packed, filled with some pretty solid explosions and gunfights and finally shows the Seven working together and bonding. So, if your mind is starting to wonder an hour or so into this, keep in mind that there will be a pretty stellar ending.

Nevertheless, my guess is that this film will leave Western aficionados wanting more and newcomers wishing they were someplace else.