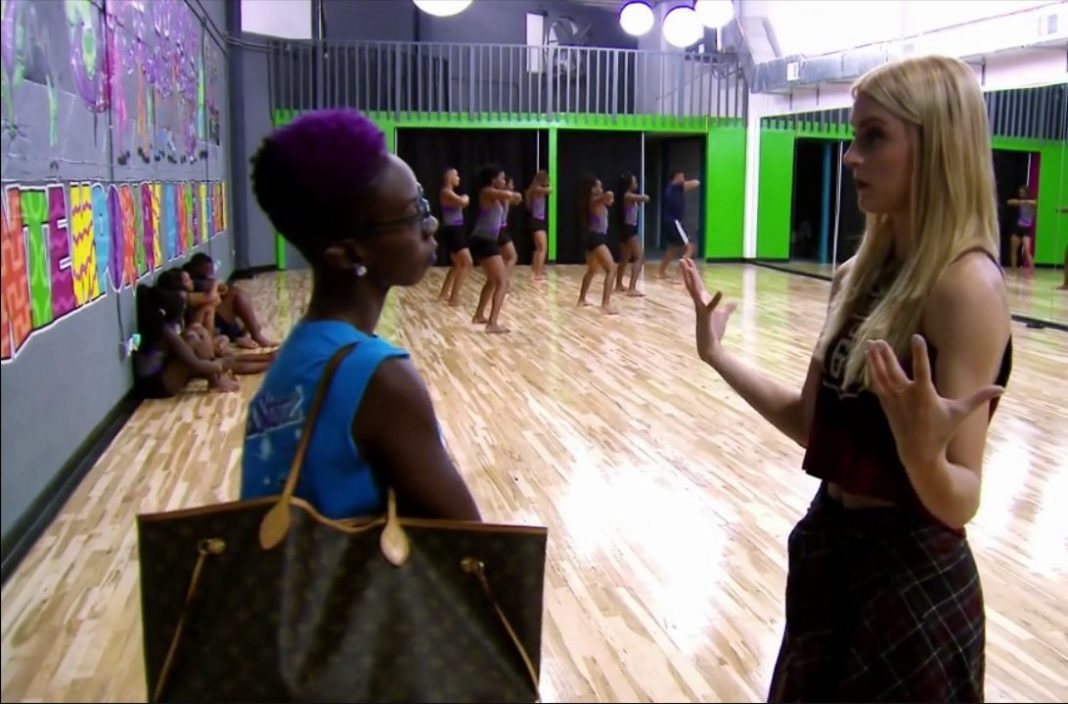 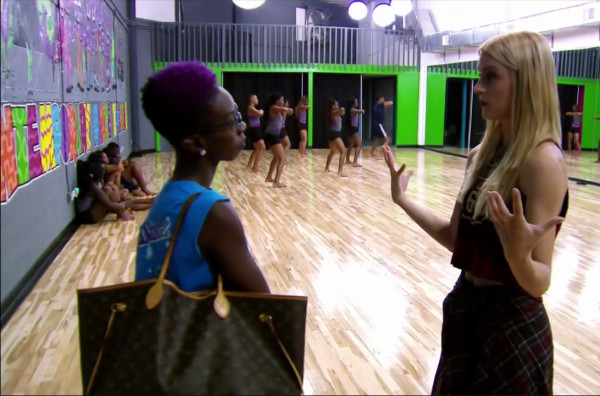 It’s ‘Video Villain’ time on “Step It Up,” where Traci is overjoyed that her studio is finished, AND her Rep dancers have the opportunity to dance in a music video.

YCDC have the grand opening for Supa Studio, which has a lot of characters, of course. Everyone is super excited to finally have their own home and to be able to practice and dance on their schedule.

Along with the studio, YCDC repertory is in a music video and this week they have guest choreographer Jordan, who is a former LA Lakers dancer and one of Traci’s friends. The music video is for Victoria Velvet, and Jordan is there to make sure they look the part and know what to do. Especially since it is Victoria’s American debut, everything has to be on point. With all of this, because Traci is, well, Traci, she doesn’t feel completely confident in leaving them with Jordan. Not because she’s not good at what she does, but because Traci is a (self-proclaimed) control freak.

Traci spends some time with her little sister, Sunshine, who is staying with her now that their mother has passed. It is something different that she has to get used to and from the looks of it; she’s doing an okay job.

Jordan tells them she needs bigger and better because her reputation, as well as Victoria’s video, is riding on how well they do. She lets them go for the day, and they gear up for day two, which will determine who gets to dance in the video.

Traci and Sunshine spend more time together, and it’s a good thing. Traci gets to “practice” before she and Jean have a child and Sunshine gets the one on one so that she can continue to grow into a confident young woman. “I don’t want to be Sunshine’s mother. I just want to step in and finish what my mom started.”

The next day at Company rehearsal, Traci works with the members to help them do better so that they can be ready for Rep tryouts in a few weeks. The first thing she does is check their bodies because according to her, in the real world, they give you the uniform first to try on and if it doesn’t fit, you don’t get to try out. It’s a harsh reality that a lot of folks probably don’t agree with, but that is how society is. All of them have points to improve physically and technically.

The next day it is time for cuts and Jordan is not playing with the Reps. She pulls Janae to the side to have a talk with her, and she’s very encouraging. She even tells her that she appreciates the work that she is doing, which makes the young dancer feel good. Thirty minutes into the rehearsal, Jordan has her first round of cuts. During this time, Traci drops in on the rehearsal to see how things are going. As she surveys the cut dancers and the ones who made it, shares her concern about why some of the dancers were cut with her friend, like Armani, who Jordan used as an example before cuts. To Traci, the strongest dancers didn’t make it, and she wants to know why. Jordan pretty much tells her it’s because they don’t have the look that Victoria wants for the video, an answer that doesn’t sit well with Traci.

Apparently Jordan thought about what Traci said, and she changes her mind- Armani gets to dance, which is great because she’s a dark skinned powerhouse who deserves to show what she has.

As they get ready in makeup, Jordan pulls Traci to the side to talk about the tension that was so obvious between them the day before. Traci tells her why she felt so strongly. She’s a dark skinned woman in an industry where being so is not popular. Jordan says that she gets it and even shares with her own struggle with being discriminated against because she was “too thin, too blonde.” But Traci nicely tells her, “it’s not the same.” Jordan maintains that her cuts had to do with height and look, and Traci calls her bull crap since she cut two of her tallest dancers. They are still cool though because as she says, she doesn’t hold grudges.

It’s time to start filming and right out the gate, the Reps miss their entrance, which is not a good look. Jordan maintains her cool and tells them it can’t happen again. To beat an incoming storm, they immediately head outside, and as they do, it starts to rain. They decide to do the scene as planned anyway. As they set up, a bee stings Janae and people scramble to make sure she is not allergic. So Victoria grabs some dirt, to which Jordan tells her she can’t because she’s in costume, which shows how down to earth she is.

In the end, they do the video, kill it and everyone including Traci is very happy with the end product.