Monday was a huge day for “Star Wars” fans all over the world with tickets going on sale along with a new final trailer, but it seems a huge uproar hit on Twitter over “Star Wars: The Force Awakens” over a supposed white genocide theme. It seems that having a black actor, 23- year old John Boyega (who’s also British) has created a social media storm claiming this film will be anti-white.

They also forgot that director J.J. Abrams had said in interviews last year that he wanted to cast more actors of color in his “Star Wars” universe.

“We wrote these characters but when we went to cast it, one of the things I had felt, having been to the Emmy’s a couple times — you look around that room and you see the whitest f**king room in the history of time. Its just unbelievably white,” he said.

“And I just thought, we’re casting this show and we have an opportunity to do anything we want, why not cast the show with actors of colour?”

“Like not for sure, and if we can’t find the actors who are great, we shouldn’t, but why don’t we make that effort,” Abrahms added.

So, check out the trailer and see if you find it full of white genocide ideology or just some great fun.

Set 30 years after the events of Return of the Jedi, The Force Awakens finds a galaxy torn asunder by the ongoing conflict between the Resistance (formerly the Rebel Alliance) and the First Order (formerly the Empire). The film will have a cast of familiar actors, but they won’t share as much screen time as the new characters who will be carrying the saga forward. 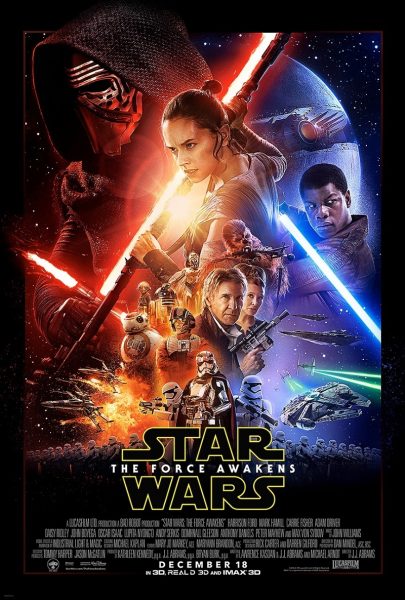 Below are a great batch of new images from “Star Wars: The Force Awakens.”