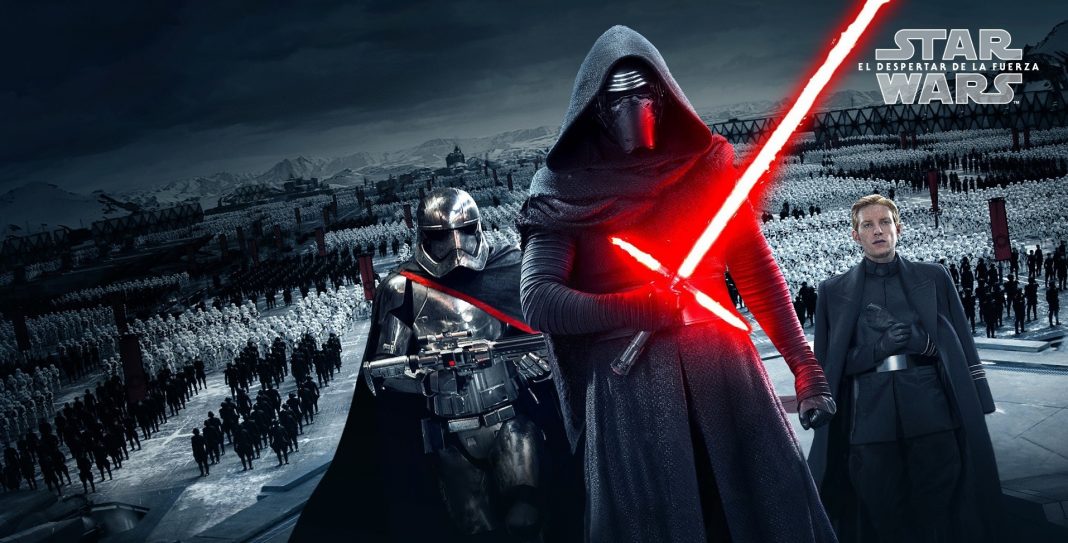 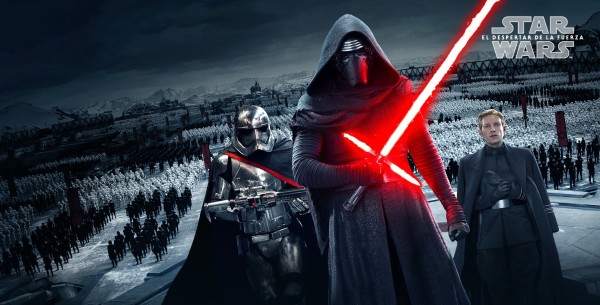 With a marketing campaigns that seems to be as big or bigger than it’s budget, “Star Wars: The Force Awakens” has hit the big screen and proven to make up for some of the previous outings putting both theatergoers and theater owners in the holiday spirit. The film pulled in $17.1 million in just 12 European countries Wednesday evening signaling quite the box office boon to come. After months of secrecy and anticipation, “Star Wars: The Force Awakens” is thrilling fans and theater owners alike.

“Star Wars: The Force Awakens” has sent a box office record with an estimated $57 million from Thursday night shows.

The movie’s international rollout, which began Wednesday, has brought in a total of $72.7 million. That includes the biggest single day ever in the United Kingdom, where it made an estimated $14.4 million.

The early figures suggest “The Force Awakens” is on course to exceed the record domestic opening of “Jurassic World,” which debuted with $208.8 million.

After months of secrecy and anticipation, “Star Wars: The Force Awakens” is thrilling fans and theater owners alike.The most buzzed about film of the year opened Thursday globally, setting international and pre-sale box-office records and delighting moviegoers who’ve had opening-night tickets in hand for months.

Kelly Andrews, who wears her love of “Star Wars” on her skin in the form of Yoda and R2-D2 tattoos, bought tickets in October for the first showing at Hollywood’s classic TCL Chinese Theatre, where the original “Star Wars” premiered in 1977.

“It was outstanding,” she said as she left the screening Thursday night clutching a shiny keepsake popcorn bin. “I cried happy tears. I cried sad tears. It was beautiful.”

She was among thousands of devotees who praised the space saga’s latest installment. The film has received overwhelmingly positive reviews from critics and fans internationally.

All over the world, “Star Wars” enthusiasts toted lightsabers and wore character costumes to packed opening-night showings of “The Force Awakens.” They laughed and cheered and gasped together, illuminating their sabers in the theater during key scenes.

While domestic box-office returns won’t be available until later Friday, the Walt Disney Co. said Thursday the film debuted with $14.1 million from its first screenings in 12 international markets. The largest was France, where the film earned $5.2 million. It set a one-day record in Norway and Sweden.

More than $100 million in tickets have been presold in North America. The movie ticket service Fandango said it has already sold more tickets for “The Force Awakens” than any movie over its entire theatrical run.

Not everyone in the opening-night audience was dazzled, though. Michael Danke of Los Angeles, who said his friend waited in line for 52 hours for their tickets, was disappointed.

“I was kind of looking forward to a futuristic, bitchin’ movie, but it was an old ‘Star Wars’ movie,” he said. “They did it old style.”

That nostalgia worked for Tony Brennan, who said he “can’t get off of that high that I’m on” after seeing the film with the opening-night crowd in Hollywood.

“It’s definitely worth all the hype,” he said. “I like how they bring back the old quotes and old scenery and old people… It passed all of our expectations. I’m watching it five, six, seven more times.”