Home All News Movie News Why ‘Star Wars: The Last Jedi’ is so polarizing

I’m not exactly a Star Wars fan, but I’m still a geek who appreciates good sci-fi and watch them whenever I can, and I’ve seen all the films several times. I’ve also seen the Ewok special as well as the Star Wars Christmas special when I was a kid.

I sit through the films on cable whenever possible but not always, and watch the Clone Wars series and Star Wars: Rebels whenever I catch them. No self-respecting geek would miss out on any Star Wars theatrical run. Besides, it’s part of my job to share some thoughts. As I’ve said I’m not much of a fan and don’t know the names of every species and character and I don’t care who shot first but in my opinion, it was Han. But the point is, I think I know enough to know why Star Wars: The Last Jedi is a very polarizing Star Wars film despite it being a hit with critics and the box office. The film’s been out for weeks now, so a spoiler alert is no longer that critical and discussion would be difficult without going into details.

As a film in itself, it wasn’t bad. It was okay; it was entertaining yet despite the stunning effects it wasn’t as profound as The Lord of the Ring: Fellowship of the Ring. I didn’t find it as having the same level of impact as The Empire Strikes Back or Return of the Jedi to which this film paid much homage to, as much as The Force Awakens paid homage to A New Hope. It’s not a re-hash and did some surprising twists, but it has made its mark as a much-hated entry since The Phantom Menace. If there was any entry that disappointed fans and myself, it was Episode I: The Force Explained, to which the Force was due to something viral. Toss that aside, though it’s a good film and that fan theory about Jar Jar Binks actually redeemed the film to some fans.

Even though I’m not a real Star Wars fan, I pride myself in being able to see this film’s many callbacks to previous films. After The Force Awakens, I couldn’t help to compare this with Empire Strikes Back and Return of the Jedi. Plus, what really drew me to Star Wars as a kid and perhaps other fans were the special effects, the costumes, the droids and the epic space battles which this film offered at the very beginning and at the end. Though as an adult, story and characterization becomes important. 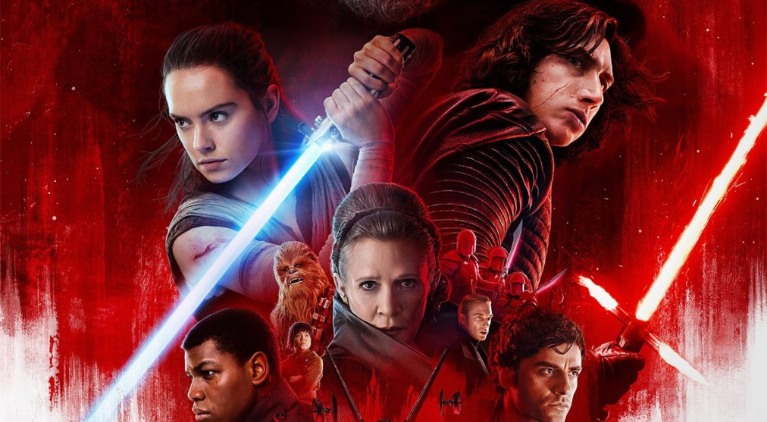 So, what did I think about Luke Skywalker’s characterization here? Well, he’s not Yoda, Obi Wan nor is he Qui Gon Jin. He wasn’t a properly trained Jedi like his father Anakin. They knew the ways of the world unlike the standard youngling could. They are more prone to make mistakes but at the same time have what might be called real-world insight that helped them in times of crisis. But yes, they have flaws. I view Luke’s mistake as a likely product of those. But I totally agree with fans that on how inconsistent his character was. If Luke saw good in Darth Vader, didn’t he find anything redeemable in Ben Solo, his nephew, and his best friend’s son? Plus, at the time, he wasn’t even a full-blown Sith. It was Luke’s mistake that triggered Ben’s turn to the dark side. To Luke’s credit though, Kylo Ren did seem unredeemable by the end of the film.

If as a Star Wars fan you thought Luke’s mistake was disappointing, imagine the reason for his departure. He simply wanted out of being a Jedi. He actually wanted the Jedi order to end with him. His hiding wasn’t part of any elaborate plan to make a grand comeback that was such a fuss in The Force Awakens. He just wanted to catch fish and drink milk disturbingly taken from alien sea cows.

Anyway, I can chalk up Luke’s uncharacteristic mistake as being too force-sensitive like his father. He sensed that Ben Solo/Kylo Ren might turn out to be the scourge of the galaxy the way he felt good in Darth Vader, and Solo had to be nipped then and there. His mistake was a human weakness and not a Jedi’s. A point driven in by Yoda who has made an awesome comeback from the afterlife as a puppet again. His re-appearance as a puppet by a large tree was very reminiscent of The Empire Strikes Back, and it’s wonderful that this film took such a direction. I truly wish films would go back to a mix of CG and practical effects and not rely too much on green screens the way Justice League did. Maybe Warner Brothers would eye their film’s failure as the greatest teacher as Yoda told Luke.

Another disappointment was Snoke. Snoke seemed awesome in The Force Awakens. Snoke has a lot of mystery and fans wanted the backstory of this seemingly gigantic force-sensitive creature that may even have pre-dated Darth Sidious. If he did pre-date Palpatine, then he wouldn’t be a Sith. Just a massively force-sensitive evil entity. Maybe Snoke was Mace Windu back from obscurity turned evil after being betrayed, maybe he was the legendary Darth Plagueis, and maybe he was Jar Jar Binks after intense cosmetic surgery. In the end, he was half of any of them. Nothing much really, as he stated (correct me if I’m wrong). He may have been one of Vader’s inquisitors from Star Wars Rebels or another force-sensitive agent of Darth Sidious.

Snoke’s death was a good twist though from Return of the Jedi where Rey was given the same treatment as Luke in watching her friends get shot down one by one. Snoke then gives Kylo Ren the same shot to ‘complete’ his turn to the dark side by killing Rey. Instead, Snoke dies along with his supposed backstory giving unstable Kylo Ren the Reygns to the First Order. It would have been something totally different if Kylo Ren had turned back or left the First Order with Rey as hinted in the trailers. But someone had to be the bad guy, and it’s not Hux.

Speaking of bad guys, another disappointment for fans was Captain Phasma, the Boba Fett in this trilogy. What I found compelling about Boba Fett as I assume with many Star Wars fans was his bad-ass costume, and the same goes with Captain Phasma. If people think that Storm Troopers are cool, then Captain Phasma with her shiny getup and cape would be dope. Plus, there are hardly, if at all any female-voiced storm troopers in the films. There’s much potential in this character only to be fed to the flames in her battle with Finn, as Boba Fett was fed to the Sarlacc. I do have a new hope that she’ll be back in the next film.

As for Rey, another disappointment fans had to cope with was Rey’s parents. This film really shot down a lot of fan speculation. It was revealed that there’s nothing special about Rey’s parents just like there was nothing special about Anakin’s. Just a couple of deadbeats who sold their kid. Rey is not at all related to Kylo Ren nor is she Luke Skywalker’s lovechild.

I also have to agree with fans that the Canto Bight mission seemed unnecessary or at best could have been handled better. I would equate this mission as the necessary parallel to Lando Calrissian’s betrayal at Cloud City. Maybe there was a better way to work the Rose character better into the story. Besides, DJ’s function could have been done by R2-D2. Not really griping here, it’s a story with R2-D2 on the sidelines for once.

It’s not that I hated the Star Wars: The Last Jedi despite the points described. It bordered between okay and great. Rotten Tomatoes rank it fresh, and it already made 800 million. As many critics said, this film took risks and had the courage to evolve past working formulas which they still used. It was very obvious that The Force Awakens was a rehash of A New Hope, but The Last Jedi made sure it was different but had some of the same for that Star Wars feel. I completely agree that the series needs to go a new direction even if it has to use this film to set that up. It was just not handled as well as Empire Strikes Back to which this film owes much from. The rebellion loses big time but a lot can happen in ten years.