Home All News Movie News Star Trek Axanar: Why No One Has Sued Before 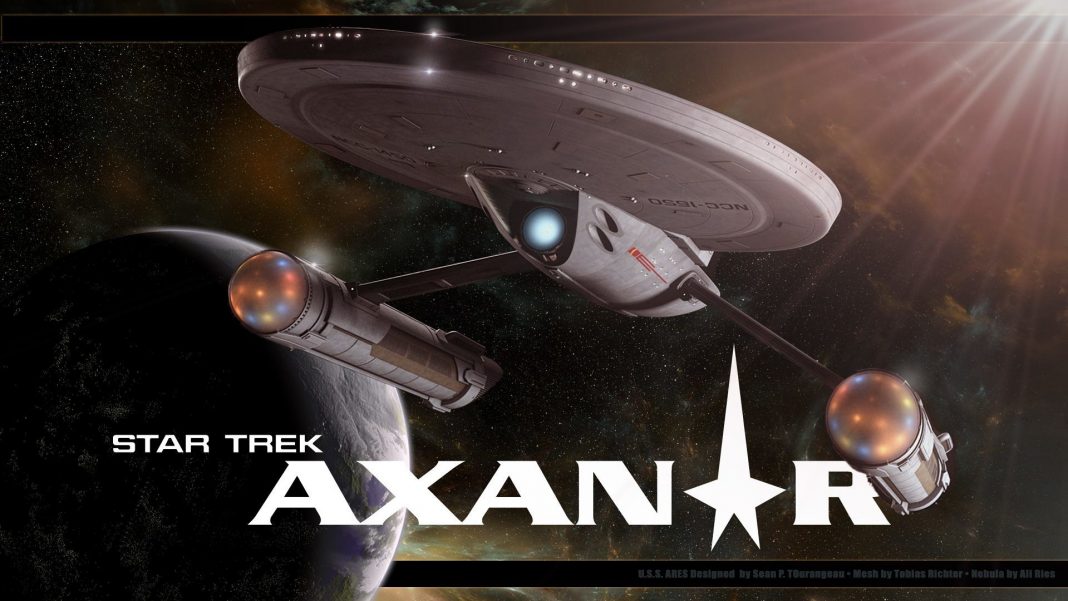 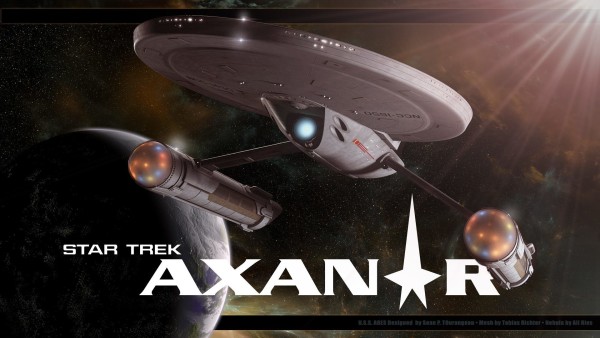 “…the film’s high production values, cinema-quality special effects and the involvement of actors from the canonical Star Trek series elevates Prelude to Axanar beyond the status of a mere fan film.”

“The acting is superb, including appealing performances from Gary Graham as a Vulcan ambassador, Richard Hatch as the sweet-eyed Klingon General Kharn and the magnetic Kate Vernon as Starfleet Captain Sonya Alexander… Prelude to Axanar is of the highest Hollywood-style production quality and a must-see for any devotee of the franchise.”

“Axanar is a ground breaking independent film that proves the idea that a studio doesn’t need to spend millions of dollars to produce a feature-quality production. Axanar will be the first non-CBS/Paramount produced Star Trek to look and feel like a true Star Trek movie.”

These are some of the kind words from people and publications that appreciate the principles of Star Trek after watching the short film, Star Trek: Prelude to Axanar, which does serve as a prelude to a bigger production, Star Trek: Axanar. Prelude was a documentary-style short film financed through KickStarter based on the Star Trek Original Series. Since the budget was ten times the original goal, Prelude to Axanar turned out to be an impressive film with great special effects and the participation of well-known actors such as JG Hertzler, Tony Todd, Richard Hatch and Kate Vernon.

The film became a success among fans thus greenlighting the feature film Star Trek: Axanar, which continues where Prelude left off. The project gained over 600,000 dollars funding exceeding the goal of 100,000 dollars.

After seeing Prelude to Axanar, the writing, the approach, and the effects were so impressive that it made Star Trek: Renegades seem like child’s play and left me wanting for more. Unfortunately, it may be too good and way better than the current reboot films.

Star Trek fans are currently so polarized over the reboot films which turned the formerly cerebral, thought-provoking TV series into an effects-laden action-thriller. Indeed, the reboots revamped the franchise, but many fans say that though the portrayals of the new generation of actors were somewhat faithful to their original counterparts, the films themselves lacked that Star Trek spirit more so with the upcoming film Star Trek: Beyond, as evidenced by the new trailer. The reboot films have revived the franchise and introduced Star Trek to a new generation of audiences which were the main goals. Unfortunately, hardcore fans do not like the direction the franchise is going. As far as many fans are concerned, the show must go on but in true Star Trek fashion.

So fans continue to produce independent films and series based on Star Trek, trying hard to capture its essence as much as possible with the exception perhaps of Star Trek: Renegades. Axanar has managed to capture the essence of the original series and highly improved on the visual effects. Now CBS and Paramount has for so long allowed the creation of independent fan films to keep the franchise alive sould they need to revive it. So why sue Axanar?

One main condition for independent productions is that it should be a non-profit venture. The production should purely be for entertainment and not for monetary gain of its producers and should be distributed freely. While Prelude to Axanar was distributed freely and so will the Axanar feature film, the project has already earned over a million dollars over the initial budget estimate of 100,000 dollars.  If Axanar Productions could accomplish the project for a hundred thousand, upgrade and improve the project at par with Prelude for two or three hundred and distribute and package the film to the backers for another two hundred, that leaves the production team with at most five hundred thousand profit. What Axanar could do with the extra five hundred is anybody’s guess. What’s left of the money could be used by Axanar Productions to perhaps create a full-blown production outfit to commercially compete with any other film studio using their techniques. Whether or not Axanar spins off commercially, it’s the leftovers that probably doesn’t sit well with the plaintiffs. It’s only a theory but what Axanar could do with the money would be to further improve production and to create special content.

“The Axanar Works infringe Plaintiffs’ works by using innumerable copyrighted elements of Star Trek, including its settings, characters, species, and themes.. [Axanar] have raised over $1 million so far to produce these works, including building out a studio and hiring actors, set designers, and costume designers. The Axanar works are substantially similar to and unauthorized derivative works of [Star Trek].”

The statement implies that Axanar Productions has acquired a substantial budget and is capable of producing a film truly worth calling a Star Trek film and thus, unlike previous fan productions actually infringes on copyright.

So what’s really making the plaintiffs nervous will be the implied quality of the upcoming feature film. Prelude to Axanar is a shining example of a quality fan-made film. It has already piqued the interest of both fans and non-fans alike and even though Star Trek Axanar will not be shown commercially, the film has the potential to further divide fans of the franchise and could possibly ruin the reputations of both CBS and Paramount. If fans can do it better, why bother watching the stuff the plaintiffs are producing? Let’s just wait what Axanar Productions comes up with next. Besides, it’s free and even if it’s not, it’s going to be way cooler than Star Trek: Beyond.

Let’s say the lawsuit is legit, some fans say that Axanar Productions might have missed something. A gap in the procedure in asking the permission of the Star Trek copyright holders. Hopefully Axanar Productions can iron this issue out and if so, choose a date that’s not so close to the release of Star Trek: Beyond.

Unfortunately for this lawsuit, the timing has fans coming up immediately with a conspiracy theory that after launching Star Trek: Axanar as scheduled in early 2016, the film might outshine Paramount’s next film Star Trek: Beyond. This could very well be Paramount’s tactic in delaying the production of Axanar until after Star Trek: Beyond has been shown in theaters and released in Blu-ray. Fans will still watch Beyond as fans will, but the honor of people’s champion might go to Axanar Productions for keeping the spirit of Star Trek.

Honestly, I have little objection on how Star Trek is currently handled by Paramount. The action scenes and visual effects are fresh and fun though the writing and plots could be better. Star Trek: Into Darkness would have been great without the Spock/Kirk role reversal. Star Tre: Into Darkness could have instead been an action-packed version of Space Seed. The Wrath of Khan remake would have made a god future film. From being action and suspense oriented, Paramount could gradually subdue the tone at par with the films of the original cast (but not including Star Trek V). Here’s to hoping that CBS, Paramount and Axanar Productions sort things out and work together to give fans the Star Trek franchise they deserve.