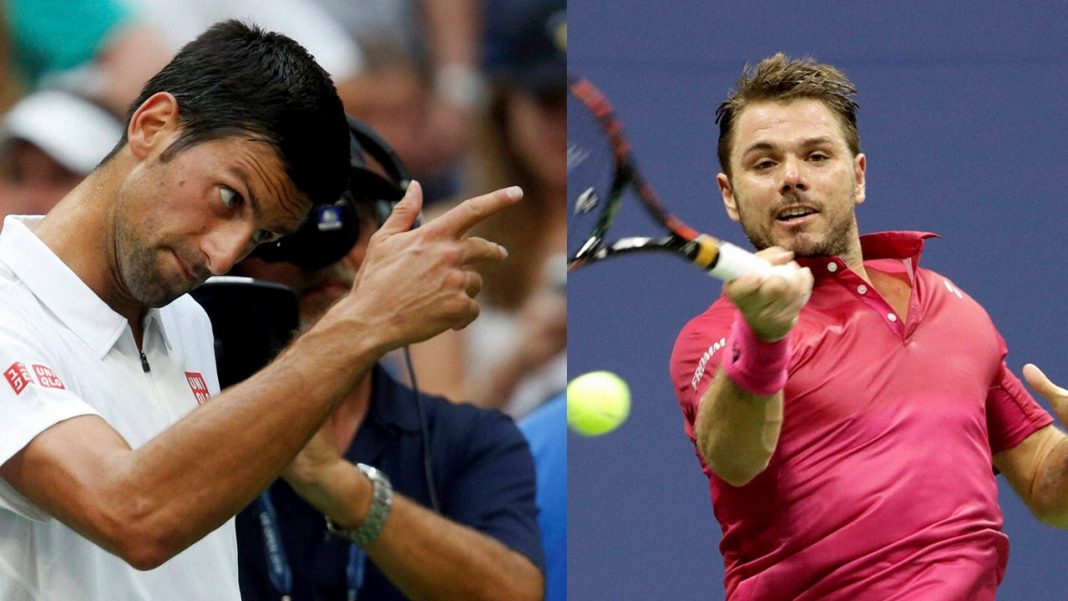 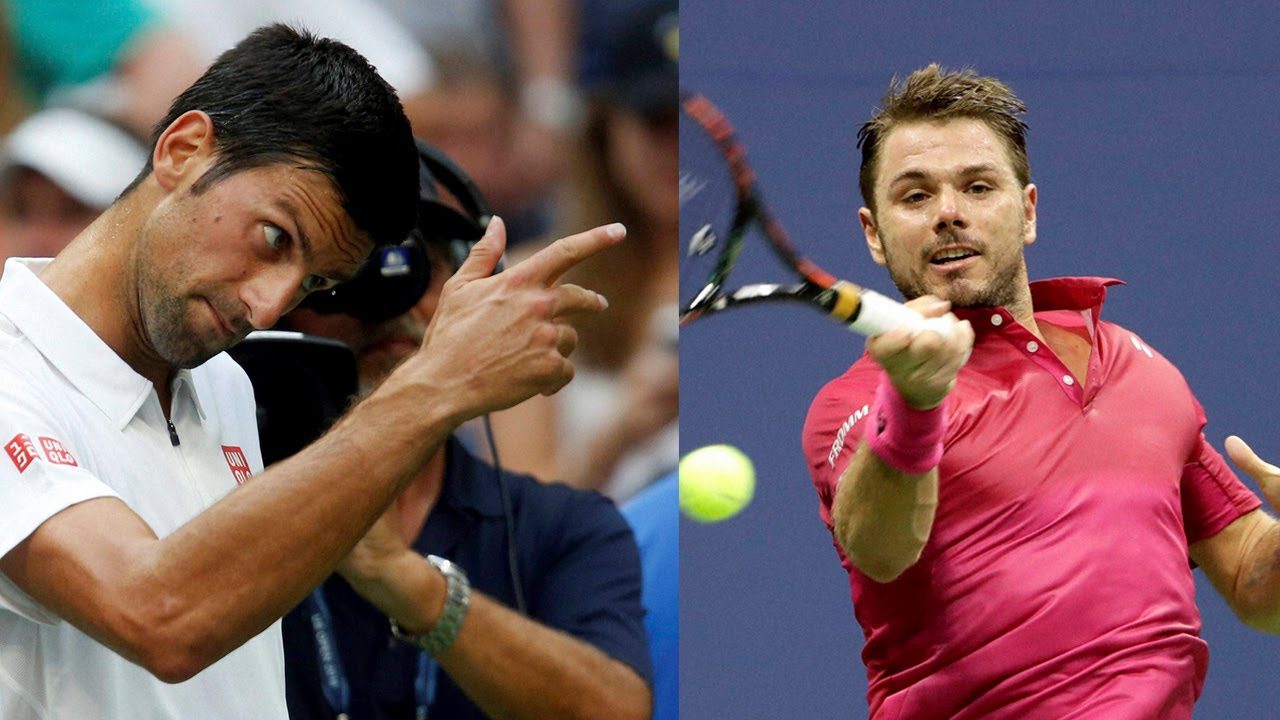 It was about 15 months ago when Stan Wawrinka pulled off a huge upset in the 2015 final of Roland Garros. Shortly thereafter, I wrote about how his second Grand Slam title changed how he compared to other all-time great players, an article that included the following statements:

“When comparing Wawrinka to the best ever, one has to admit that we’re looking at a much longer list of players than just a Top 10. Instead of dealing with gargantuan tennis names like Pete Sampras, Bjorn Borg, Roger Federer, Rafael Nadal, Novak Djokovic, Ivan Lendl, Jimmy Connors, and John McEnroe we’re assessing Wawrinka against the lesser bright lights that have played on the ATP Tour” (June 2015)

With Wawrinka’s 6-7, 6-4, 7-5, 6-3 victory over Djokovic in the 2016 US Open final the Swiss’ career-high ranking won’t change immediately. However, a stronger argument can now be made in ranking him as a Top 40 great player in the open era.

Wawrinka has the following career achievements:

When it comes to measuring Wawrinka among the greats, his ATP title total is relatively low, and his career-high ranking is relatively low. Three Grand Slam titles really bolsters his achievements, but I still think that Wawrinka belongs only on a fairly lengthy list of all-time greats. For example, let’s look at how Wawrinka measures up against Andy Roddick.

From two points of view, Wawrinka isn’t really close to the retired American player. Roddick made it to No. 1 and the American won 32 titles during his career. However, Wawrinka now has three Grand Slam titles to Roddick’s one.

Yet when debating these lists, there should be a “big-picture” outlook as opposed to simplistic counting. Several questions need to be asked. Do we look passed career-high ranking and focus on weeks in the Top 10? What about the Top 5? Instead of title counts should we also include runnerup finishes? From the latter point of view, Roddick made twice as many Grand Slam finals as Wawrinka, even if the Swiss was more successful at closing them out. 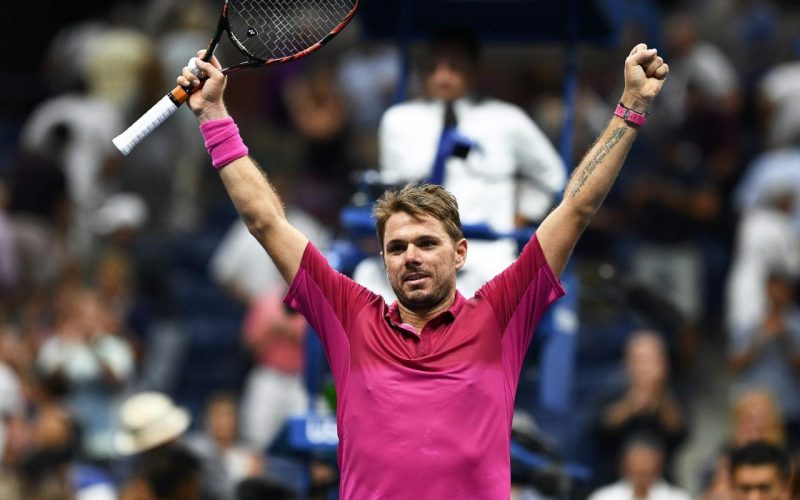 Last year, after Wawrinka won the French, I suggested a large range for his spot among the open-era greats:

I do not actually see the third Grand Slam as improving upon his place all that much. I think the third title puts him firmly into the Top 40 now, but I would still hold a player like Roddick higher due to all the other titles, including numerous Masters Series titles.

As another point of comparison let’s look at Patrick Rafter, the former No. 1 from Australia who won two Grand Slam titles. Wawrinka now has that number beaten, and the Swiss has more overall titles (Rafter won just 11). I would certainly lean toward calling Wawrinka better than Rafter due to the title counts, even with Rafter getting to the top of men’s tennis for a short time.

For another comparison, let’s take an interesting look at Gustavo Kuerten. Wawrinka has Grand Slam titles on clay and cement, which many would argue means that he is a more complete player than someone like Kuerten.

The Brazilian won three Grand Slam titles and 20 total ATP Titles, however, he never made a final in any major except for ones that were played at Roland Garros. I wouldn’t go calling him one dimensional, but he had some grass-court and hard-court limitations. Guga’s completed career is still better than Stan’s to date, however winning three titles in three different Slams certainly is a point that should be argued in Wawrinka’s favor.

Listing the top-50 players for debate is something that takes great length. But with what Wawrinka has achieved since winning the French Open, I think he is a better tennis player than former World No. 1 Marcelo Rios (even if you retroactively award the Chilean the 1998 Australian Open). I already stated my opinion that Wawrinka is better than Rafter, so in my mind that puts the Swiss alongside or just below players like Carlos Moya and Marat Safin.

If we’re looking up the list from Wawrinka, then we’re looking at players like Yevgeny Kafelnikov and Thomas Muster. Wawrinka has as many Grand Slams as those two players combined, however, Kafelnikov and Muster cleaned up much better when it came to tour-level titles.

Even if Wawrinka doesn’t win another Grand Slam, that’s one department that he could improve on in what has to be presumed to be the final years of his career. However, the third major has certainly added a ton of weight to his achievements, especially since he is three-quarters of the way to a career Slam (missing Wimbledon). Since the start of 2014, Wawrinka has gone from being an insignificant athlete to a memorable one whose name can be mentioned on a lengthy list of great singles players.