Home All News Sports How Does Stan Wawrinka Rank Among the Greats Now? 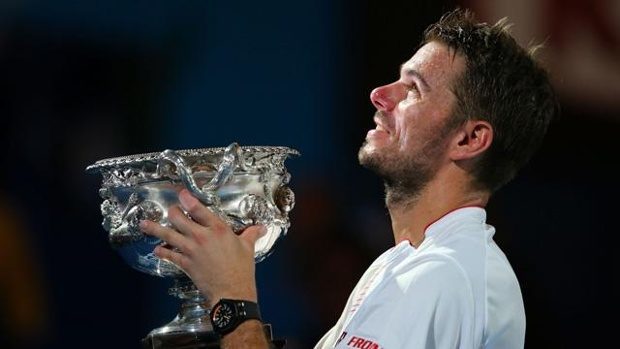 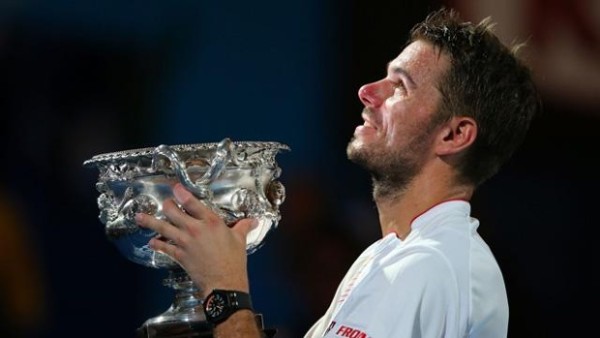 Stan Wawrinka, in what was an impressive upset, defeated Novak Djokovic on Sunday in the final of the 2015 French Open. The result is noteable in that it prevents Djokovic from claiming a career Grand Slam, an achievement that is considered one trademark of an all-time great player.

However one question that could be visited following the 2015 French Open doesn’t have to do with Djokovic at all: where does Wawrinka, a two-time Grand Slam champion, now fit among the all-time great players?

In answering the question, it has to be stated that Wawrinka’s career is still a work in progress. But I do wonder if his recent success in Grand Slams (he’s won two of the last six) might actually push the 30-year old closer to retirement. Wawrinka appears to be at his peak but if he feels as though he has self-actualized that might set the stage for calling his career a completed one. 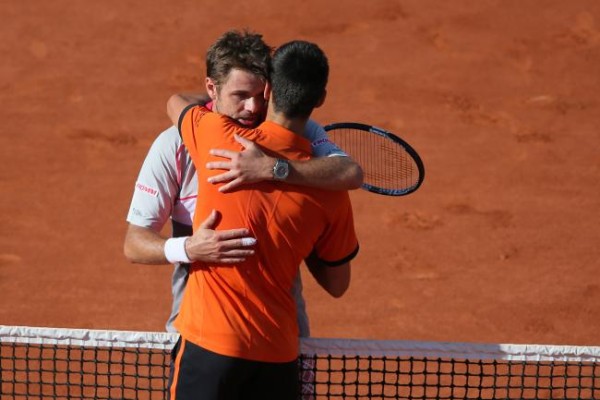 Putting that speculation aside, let’s look at what Wawrinka has accomplished in his career in three important categories:

Neither Wawrinka’s highest ranking nor his ATP title count merit discussing the Swiss as worthy of inclusion on a SHORT list of all-time great players.
When comparing Wawrinka to the best ever, one has to admit that we’re looking at a much longer list of players than just a Top 10. Instead of dealing with gargantuan tennis names like Pete Sampras, Bjorn Borg, Roger Federer, Rafael Nadal, Novak Djokovic, Ivan Lendl, Jimmy Connors, and John McEnroe we’re assessing Wawrinka against the lesser bright lights that have played on the ATP Tour.

From this point of view what’s definitely noteworthy with Wawrinka is the two majors. Noteably there have been numerous former World No. 1s that did not win two Grand Slam finals despite their best efforts.

Marcelo Rios, the Chilean who spent six weeks as the World No. 1 in 1998, is a case in point. Rios holds the unflattering distinction of being the only player in the history of the ATP rankings (they started in August 1973) to both hold top spot on tour and to have never won a Grand Slam singles title.

In Rios’ defence it probably should be pointed out that he lost to Petr Korda in the 1998 Australian Open final, a player who tested positive for Nandrolone a short time after winning the Aussie. However even if you were to vacate Korda’s result, that would still only give Rios one major title.

Should Wawrinka be considered better than Rios? What about other players who were ranked No. 1 for only a short time?

Carlos Moya, for example, spent a couple weeks ranked No. 1 during his career and, unlike Rios, he won a Grand Slam title (1998 French Open). However he only won the one title, having fallen in the final of the 1997 Aussie in his other major final appearance.

Other former World No. 1s with only one Grand Slam title include, comprehensively, the following:

Wawrinka, though he’s never been ranked higher than third, has now won more majors than a handful of players that have been top ranked. That begs a question that I’ve pondered a few times before.

When assessing where a player fits on the all-time greats list, should one consider Grand Slam singles titles or highest ranking achieved (with some further consideration on how long the highest ranking was held for)?

There are plenty of players, like Marin Cilic and Juan Martin del Potro for examples, that can win a Grand Slam tournament but only at great cost. Both of those players won the US Open, in 2009 and 2015 respectively, only to see costly injuries follow shortly thereafter. It’s my view that the best tennis players are those that can show up for every battle in the war with something in the tank afterwards.

Furthermore there are players who win majors that seemingly disappear a short time later. Thomas Johansson was like that in 2002. The Swede won the Australian Open that year and then lost in every single tournament, big or small, until ATP Stockholm 2004.

It seems that some players, perhaps satisfied with themselves, fade after a big win instead of chasing the World No. 1 ranking; and, to be honest, I think Wawrinka was a little like this in the first months of 2014.

After winning the Aussie last season, Wawrinka went on a bit of a hiatus. That hiatus that saw him lose in the rounds of sixteen in both Indian Wells and Miami to both Alexandr Dolgopolov and Kevin Anderson respectively. Arguably, it’s those results that prevented Stan from perhaps challenging for a higher ranking than what he achieved.

But whether Wawrinka will now fade following his French Open title or improve upon his career best ranking in the months ahead remains to be seen. However at this point I think the fair place to put Wawrinka on the all-time list is well down it.

He’s clearly better in my view than several of the non-World No. 1s that have only won one major, players like Michael Stich, Richard Krajicek, and Gaston Gaudio. However Wawrinka is still a cut below the very upper eschelon of tennis greats, players like Federer, Sampras, Nadal, Borg, Djokovic, and others.

At this point I think Wawrinka, with the second Grand Slam title, clearly makes the Top 50 of any list of greatest tennis players of the Open Era that can be taken seriously. More specifically, I think he belongs in the 35th to 45th range and he still has some time to improve on that if he’s still motivated following his achievement.

In conclusion, Wawrinka does not belong in the same category as players like Federer or Nadal? But if someone argued that the new French Open champion is as talented as the likes of Michael Chang, Goran Ivanesevic, Vitas Gerulaitis, and Pat Cash then it would seem to be a defendable position.