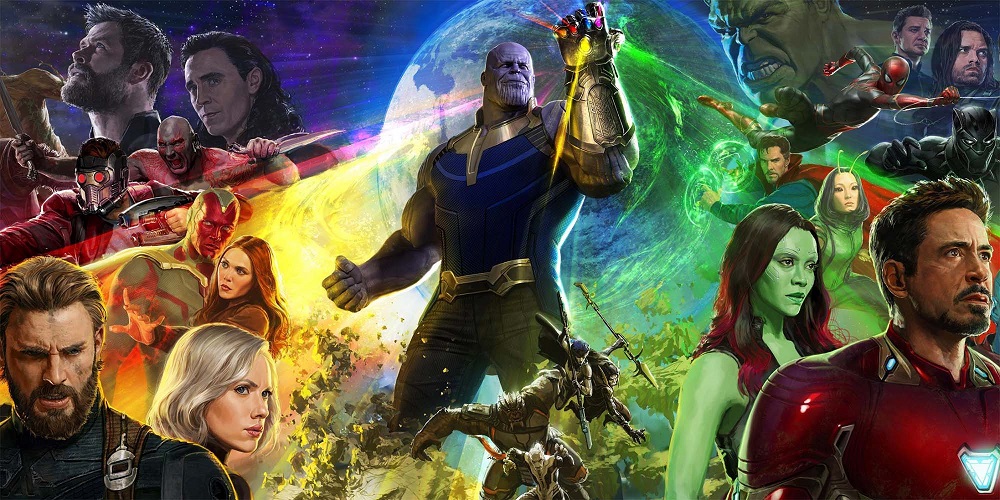 If you haven’t seen Avengers: Infinity War yet, you’re seriously missing out and your friends are itching to discuss the film with you but are afraid to spoil it. This is it folks! The film we’ve been waiting forever since Thanos showed us his bumpy chin at the end of the first Avengers film. We’ll discuss a few things here and review the film without spoiling it. It’s going to be very tough not to, so might as well warn you of minor spoilers. Got it? Know the risk? Let’s go. 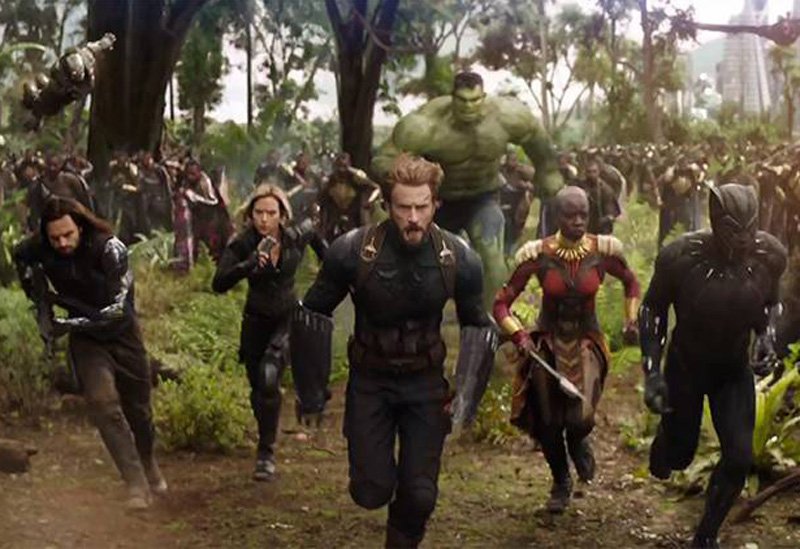 You know there’s going to be a deadpool in Avengers: Infinity War, right? No, not that kind of Deadpool. Not happening anytime soon though he might have better luck with ‘Thanos’ in his upcoming film. What we mean is a list of people likely to die before the film is over. It’s been discussed and speculated over the internet for months, and it’s probably what caused James Cameron’s Avengers fatigue. Suffice to say, not everyone makes it out alive. Death follows Thanos wherever he goes. Now the battle scenes at the first and second act are quite spectacular, and because of some initial deaths, there’s hardly a scene where you don’t fear for the lives of your favorite characters. In this film, everyone is fair game.

Let’s elaborate a bit. Since MCU Peter Parker likes to reference old films, if you’ve seen James Cameron’s ALIENS film, then saw Aliens 3, and reminisce what you felt about that film, you’ll know what I’m talking about. If you put two and two together, you’ll have a minor spoiler here and a little bit of gripe on my part. 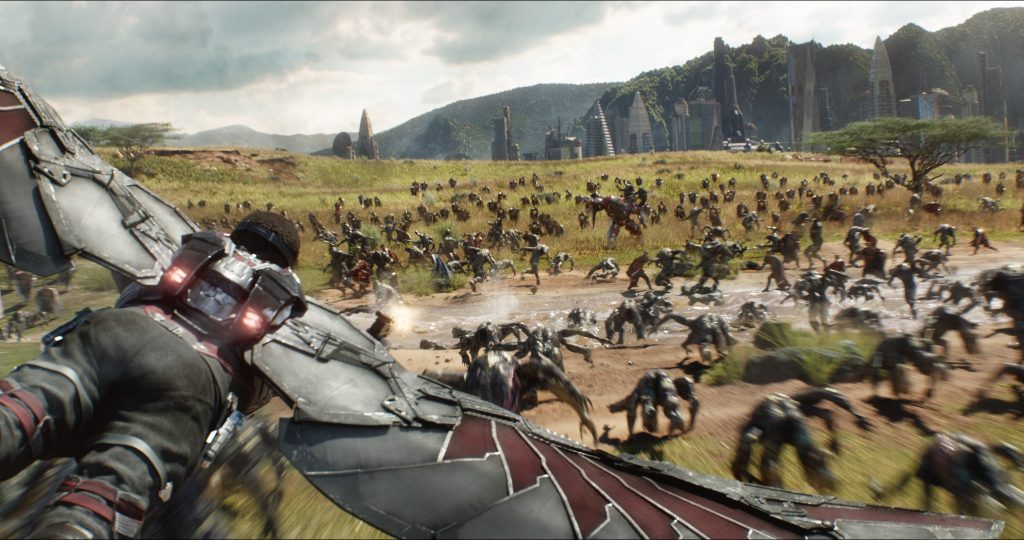 That’s not to say Avengers is terrible, it’s a fine movie that will unfortunately result in some confusion and bewilderment amongst non-comic book readers, and fans too. One reviewer said that Avengers: Infinity War is the darkest of all the MCU films. It will leave audiences with a lot of questions. He’s not wrong, and that effect may feel (trying to lighten the mood here) odd at first but you will want to see the next film. Definitely on the agenda. If there’s a major fault in this film, it’s that it feels only half of a film but still a film in itself. It’s Deathly Hallows all over again. The next film can’t come soon enough. 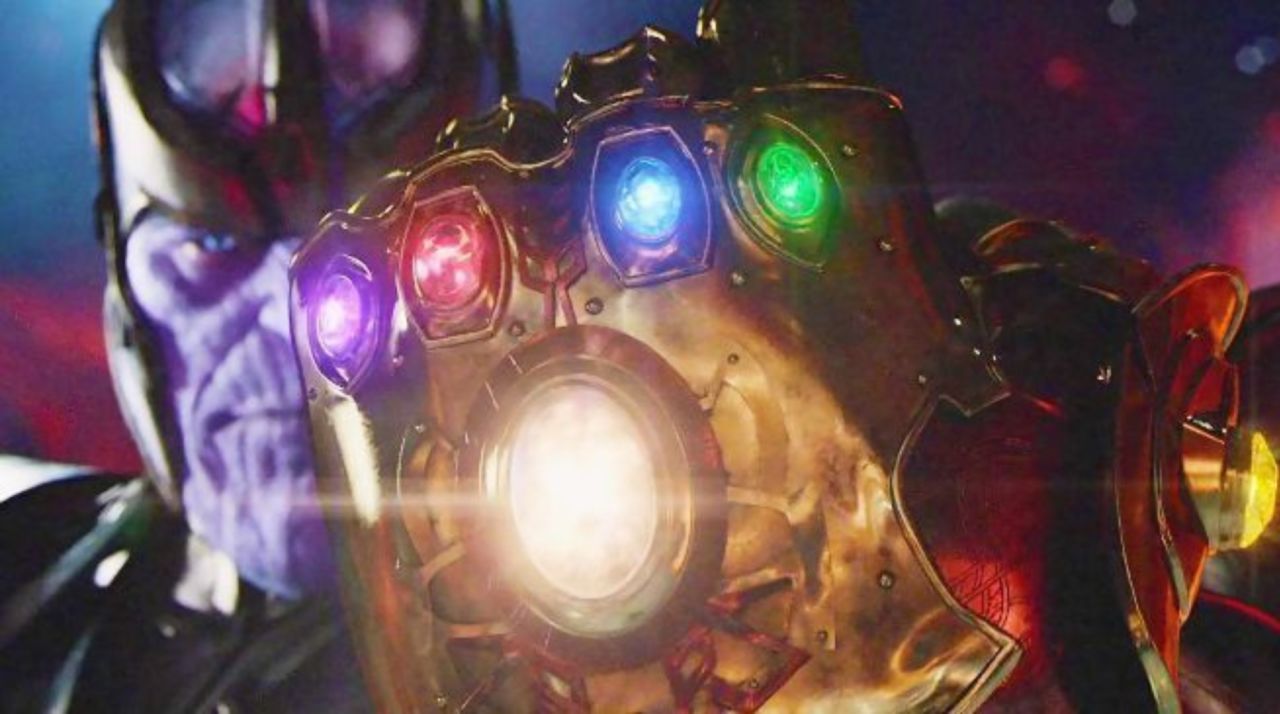 The Soul Stone Theories Are All Wrong

Just thought to let you know. If you haven’t been reading anything about them for the past few months, you’re okay. Otherwise, you might be upset over this tiny revelation. But don’t be. They’re just speculation anyway. Heimdall doesn’t have the stone. It’s not in Thor’s head or body. It’s not in Mjolnir. Thanos never had it from the beginning. No, it’s not in Captain America’s eye, silly that theory was. The true nature of the soul stone and its familiar guardian from across time and space will definitely surprise you.

Some Differences, Some Similarities with Comics

If you’ve read the comic books, someone is definitely going to be tortured in this film. Minor spoiler for hardcore true believers. And the torturer’s motivation here is a bit different than in the comic books. Because of the MCU’s relatively grounded nature, one universal aspect will not be embodied here but remains instead as a belief. Thanos’ belief that the universe’s population does need to be cut in half as Gamora said in the trailers. For the same reasons as Samuel L. Jackson’s character in The Kingsmen. Speaking of everyone’s favorite mofo, he does make a short appearance in the film giving me the impression that SHIELD is still very much alive but in a different form in the MCU’s film division. Why not meet with Coulson? They’ll just give us that compartmentalization thing again. You can also forget seeing anyone from TV-land. There I said it!

As suggested in the trailers, Thanos and Gamora will be getting some backstory here. Also, Marvel tries to solve its villain problem with Thanos by developing him somewhat, making this movie a bit about him. He’s not truly evil as his motivation; his quest is driven by a past failure. You’ll probably feel for him a bit, and I did feel for him. A bit. By the end of the film, you’ll be mad at him, a lot.

The children of Thanos are quite impressive and powerful but very much CG. Well, maybe I’m wrong since my eyes aren’t what they used to be and watching it in 3D doesn’t help. Speaking of 3D, several times did I flinch along the audience trying to avoid ash or debris coming at us. Anyway, some CG scenes are reminiscent of the Black Panther criticism. Ebony Maw was amazing and definitely a worthy opponent for Doctor Strange. Can’t say the same for the others though. But the fight scenes involving Proxima Midnight and her opponents felt epic. You have to hand it to the directors and choreographers of these quick fight scenes especially since they’re either fighting nothing or someone in a motion-capture suit.

Speaking of suits, the armored spider suit looked and worked in amazing fashion. Spider-Man was thrust into a great fantastical adventure that you’d say is too much for his paygrade, but young Peter Parker performed quite nicely. Would be a great shame if the character share deal with Sony somehow goes wrong or is somehow ruined by Sony’s in-MCU spider-verse. To Sony’s credit, the Venom trailer looked impressive.

We’ll have to congratulate the Russo brothers for making a success of this impossibly large ensemble film by giving the characters plenty of screen time. The interactions of characters of the different franchises worked out quite smoothly, and some of them were even given highlights, especially Thor. One little thing though, someone was unfortunately absent in this film. Another tiny little gripe on my part.

Also previously mentioned, someone you thought was gone long ago makes an unlikely comeback. And the reports of Peter Dinklage’s appearance in the film is true, and he’s larger than life in this one. He’s not out to hunt mutants that’s for sure.

The transition from franchise to franchise was smooth and with purpose. Anyone who still doubts that everything is connected are in for a treat. I’m talking about some of the general public. Anyway, as a fan, it’s still quite amazing coming from Thor, to Doctor Strange, to Iron Man, to Spider-Man, to GOTG and then to Wakanda. The Wakandan battle scene, by the way, was as epic as shown in the trailers. Again there’s a hint of Deathly Hallows in that battle, just a bit scarier and more action-packed.

Now the ending is a bit of a mixed bag, but your judgement could be clouded by your emotions as mine was. And I’m not alone in wondering the future fates of our favorite characters. Much of the audience was. The public’s reaction would also depend on their knowledge of comic book lore and how much they follow the MCU in news and social media. I looked around the theater and see faces of surprise, shock, anger, and bewilderment. Some even left immediately after the film, not waiting for the one post-credit scene.

This film is definitely a bit dark but with some drama and lightness sprinkled in. Some lightness is a bit out of place though. It’s still a Marvel film, and you’ll enjoy it for its many surprises, lots of action and more heroes than justice League makers wouldn’t be able to handle and hardly any bystanders among them. Again, just can’t wait for the next part. Unfortunately, we’ll be given a couple of prequels first. One is Ant-Man and the Wasp while the other is Captain Marvel. So get off your butts now because we’re just itching to spoil… discuss how great this film is later.