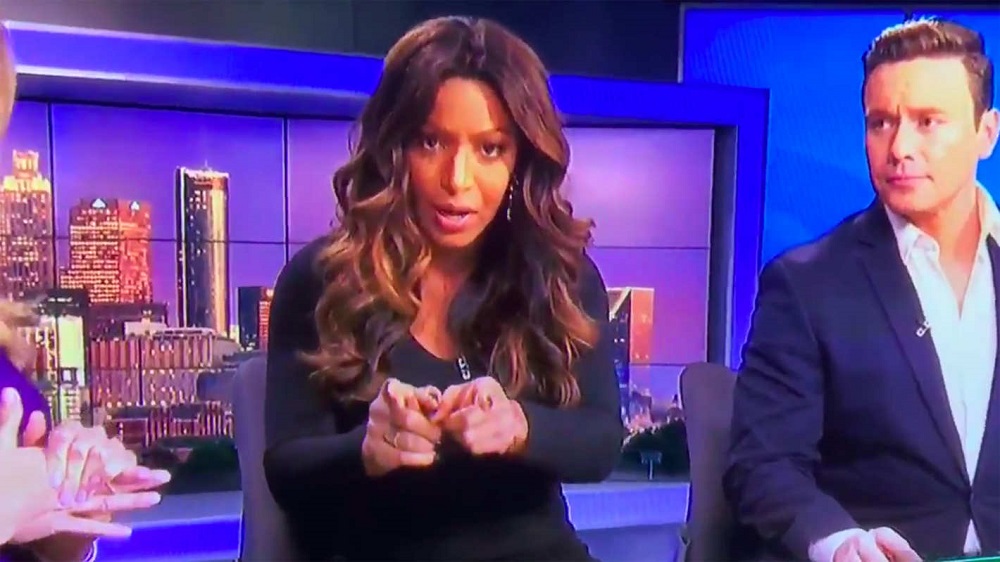 This year I decided to make a big change. I’d been living in Los Angeles for almost three years, and things weren’t what I thought they would be; there are few things in life that rarely are. After spinning my wheels in the city of my birth since the start of 2015, I decided to look for greener pastures elsewhere.

Given the nature of my profession and the fact that I didn’t want to continue paying two arms, a leg, and five fingers to keep a roof over my head in California, I chose Georgia; Atlanta specifically. In my research, I found that it was the closest I was going to get to satisfying the most important things to me at this point in my existence – quality of life, work, and being close to family. And so, I put everything in motion to be in my new city by the end of the year. Thankfully, things worked out for me to do just that, but there was one aspect of moving back to the south that I was not looking forward to and still struggle with – the blatant racism.

The outward, open, and bold racism is what I tried to prepare myself for. I grew up in Tennessee so I am familiar with the notion of prejudice based on one’s race. While I cannot really recall one time from my teen years where I know for a fact I experienced racism, I was keenly aware that in many parts of the Bible belt, racism was akin to God and football for some white folks. So as an adult today seeing all that is going on around the country, I knew I was in for something making the transition to Georgia, a state that overwhelmingly voted to make Donald Trump president. Since I’ve been here, I have felt that air of racism, and with the electing of Keisha Lance Bottoms as the new mayor of Atlanta, I am reminded that there is nothing like an election to bring out the home-grown racism that is destroying America.

A local newscaster received a very nasty email from a white woman last night as the results of the mayoral election rolled in. The woman, identified as Kathy Rea, took issue with journalist Sharon Reed concerning an on-air discussion about race during the segment on the election. Reed, along with her white co-anchors, Alicia Roberts and Ben Swan, discussed the racial dynamics of the election being that Lance Bottoms is a black woman and her opponent, Councilwoman Mary Norwood, was white. Rae addressed Reed live via email with this comment:

“You need to be fired for that race comment you made tonight. It’s okay for blacks to discuss certain subjects but not whites? Really??? You are what I call a niger, not a black person. You are a racist niger. You are what’s wrong with the world today.” 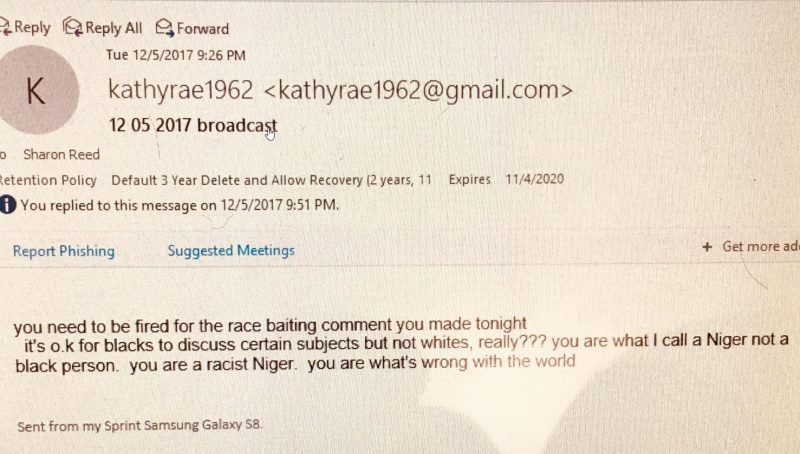 Aside from not spelling the slur correctly, Rae is a product of not only her racist paradigm but also of dog-whistling terms like “race baiter,” which is essentially what she is calling Reed. It is a term that racism deniers and white supremacists use in their many attacks on black people and other people of color (POC) who call them out about their bullshit. The phrase, historically, is used by white people to incite the white populous against black and brown activists who work tirelessly to fight the American system of racism that controls every aspect of our society.

Merriam-Webster defines race-baiting as, “the making of verbal attacks against members of a racial group.” With that definition, it makes sense, in theory, that white people use the word as a defense because for many of them, equality is synonymous with “white oppression” (there is no such thing) and thus any mentioning of their actions being prejudiced, damaging, harmful, wrong, or biased against minorities is seen as an attack on them. In reality, pointing out the effects of racism as it pertains to white individuals’ position of dominance over marginalized groups is merely bringing awareness to the issue for the purposes of discussion, with the intention of change.

I have been called a race-baiter. In fact, some of you right now are probably reading this and have already formulated your rebuttals (thank you for your feedback). I have been called a racist, a moron, a social justice warrior, and so much more by white people who find it hard to face the facts on the screen in front of them about them. But when it comes down to it, people like Kathy Rae, who live in places like Atlanta, feel it is her constitutional right to call a black woman out of her name because, ultimately, she refuses to see her own privilege and hates the fact that POC are growing out of subservient societal roles.

It proves that racism is a pungent plague AND that my commentary and countless others on the subject of race in politics and race in America is needed. It touches the nerve of white individuals who themselves are race baiters that have no qualms expressing their racist views that are, without a doubt, rooted in white supremacy and formed through dog whistling terms and ideals.