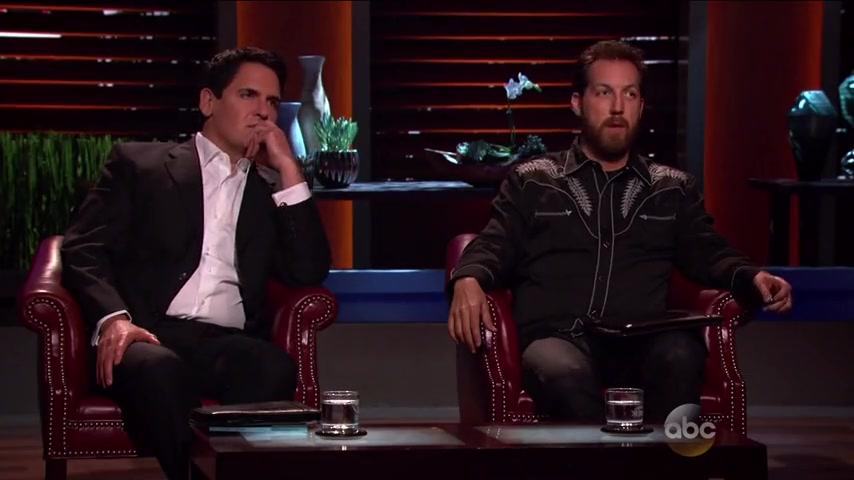 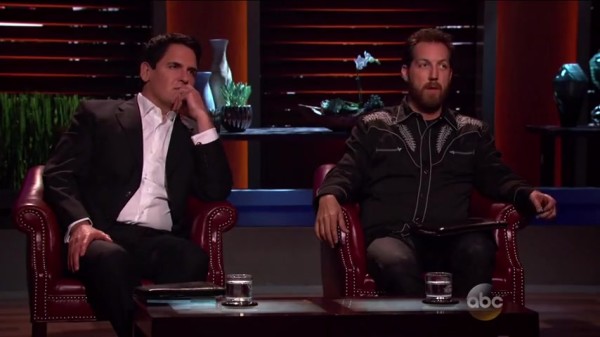 Last night aired the 6th episode of this season of ABC’s hit show Shark Tank. In the show, budding entrepreneurs get the chance to pitch their businesses to a panel of “sharks,” who are five incredibly successful businesspeople looking to invest in up-and-coming ventures.

Tonight featured cast regulars Mark Cuban, Kevin O’Leary, Lori Greiner and Robert Herjavec. Joining them was guest “shark” Chris Sacca. Sacca formerly served as Head of Special Initiatives at Google Inc., but is now investing his money across Silicon Valley, including in such companies as Twitter, Kickstarter and Uber.

So here are the pitches from last night’s episode:

The first pitch of the night was from Mike Doyle and Drew Mitchell of Rent Like a Champion. Their company started in 2006 and offers a database for people to find vacant apartments for weekend rentals for traveling football fans. The site is similar to AirBnB, but it is tailored for the niche market of college football fans.

Right away, the sharks began to grill Mike and Drew on the fact that they don’t have a major point of different from AirBnB. Chris Sacca points out that he wouldn’t want to rent a room to people who are most likely “trashed” during their stay. Lori agrees with Chris’ point and pulls out. However, Chris says he didn’t fully understand AirBnB and regrets that since now it is such a successful company. Mike and Drew tell him that they are different as they focus on major college football towns, rather than big cities like AirBnB.

Next up in the tank was Daniel Grossfeld, the brains behind Hot Shot “coffee-in-a-can.” Hot Shot specializes in portable coffee in a can that is ready to take to go after being heated in the company’s 140-degree “hot box” storage.

The company explains, “Hotshot is the first ‘HOT’ Ready-To-Drink Beverage Company in the United States! We offer various Coffee & Chocolate beverages, served ‘HOT’ in a can, so it’s Ready-To-Drink! It’s fresh brewed taste captured in a can for the ultimate convenience.”

Unfortunately, Daniel has spent 6-years developing the business and has yet to launch, which always causes hesitation amongst the sharks. He also explains that lots of companies are willing to do a “test,” however he has yet to get any substantial pre-orders.

Kevin says that it is a hobby and drops out. Robert also drops out of the deal. Chris follows behind. Mark says he loves the idea but hates the business, so he also drops out. Lastly, Greiner tells Daniel that he needs to give up and says she is out.

Thus, Daniel leaves the tank without any deal.

Ryan Frayne enters the tank with his inflation technology called Windcatcher. Windcatcher allows users to inflate their “AirPads” by using a specific valve technology that increases the efficiency of manually blowing up an “Airpad”.

Ryan goes on to tell the sharks that he sells the product for $99.95, and currently they have sold $165,000 worth of the company’s products. He explains that he wants to create products using this special valve but also license it to other sectors outside of recreational products (i.e. medical applications, etc.).

The sharks begin getting into a bit of a quarrel, which ends with Lori offering $200,000 for 5%. Ryan accepts Lori’s deal.

Lavanya and Melissa Jawaharlal are two sisters who created the company, STEM Center. The center is an organization that provides students with experimental education using the principles of STEM (Science, Technology, Engineering, and Math).

The Center boasts, “STEM Center USA inspires the next generation of STEM leaders by developing a passion for STEM careers at a young age and maintaining interest throughout middle and high school. We provide students with an experimental education that excites, engages and enriches through a unique, learning-by-dong curriculum.”

In the past year, the sister’s organization brought in $300,000 in revenue. Chris tells them that he actually remembers their robotics kit that they were fundraising on KickStarter, which got a lot of attention. Unfortunately, Kevin says he doesn’t know what direction they are going in and drops out of the deal.

After, both Robert and Cuban pull out of the deal but express support for the sisters. Chris ends up offering $150,000 for 25% equity. Lori also expresses interest in the company’s mission and the potential for such centers to be important to women. She offers them $150,000 for 20% equity. The sisters try and get Chris to join in on Lori’s deal. However, he doesn’t want to share the equity.

Once again late night host Jimmy Kimmel and his security guard sidekick Guillermo come to the tank to “pitch” their idea. In addition an ice cream product that is low calorie, an edible soap and lotions business and a fun, convenient way to stay in shape is also pitched. You can catch this episode next week on Friday, November 6th.