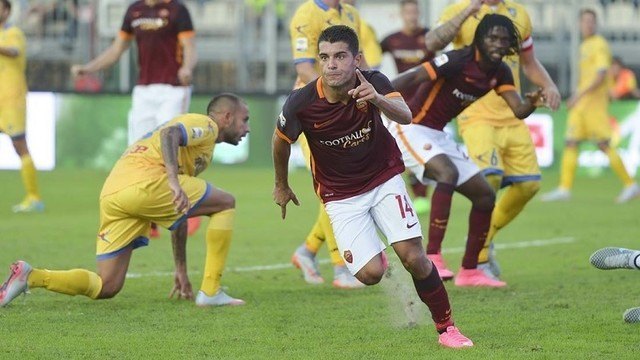 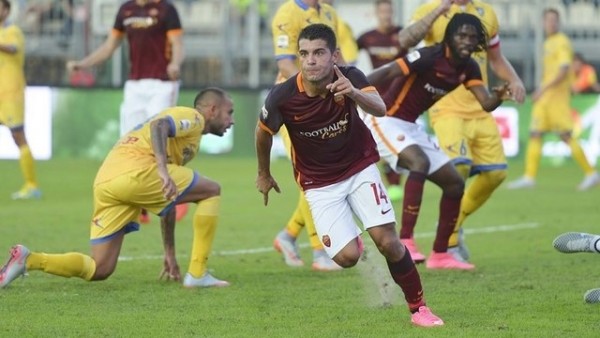 A Khouma Babacar strike in the second half of the game against Genoa handed Fiorentina a 1-0 win and they moved to eight in the league standings.

Iago Falque and Juan Manuel Iturbe struck a goal each for Roma against newly promoted Frosinone and registered their second win of the campaign and moved to fifth in the Serie A table. The Italian capital outfit have looked strong so far and look like the side that will challenge Juventus for the league title this season. Rudi Garcia’s side have also been helped by the poor form of the Old Lady.

Massimiliano Allegri’s men, who have won the last four league titles and were in the final of the Champions League against Barcelona in June this year, have endured a difficult start to their campaign as they lost their first two games – against Udinese and Roma. And they looked set to lose their third successive game of the season against Chievo Verona as Perparim Hetemaj’s early strike had put the away side ahead. But the home side were given a lifeline in the 83rd minute when they were awarded a controversial penalty. Paulo Dybala made no mistake from the spot to win Juventus their first point of the season.

Hellas Verona and Torino played out a 2-2 draw on Saturday at the Stadio Marc’Antonio Bentegodi. The clash between Empoli and Napoli also finished in a 2-2 draw. Riccardo Saponara and Manuel Pucciarelli were on the scoresheet for Empoli while Lorenzo Insigne and Allan Loureiro scored the goals for Napoli.

Another two matches ended in 2-2 draw – between Palermo and Carpi, and Sassuolo and Atalanta.

Palermo, who lost their star of last season Paulo Dybala to Juventus in the summer transfer window, remain unbeaten in the league and are currently sitting in seventh in the standings, while newly promoted Carpi won their first point of the season and are 18th in the league table.

Sassuolo are now sixth and Atalanta are tenth after the first three games of their 2015/16 league campaign.

Alessandro Matri grabbed a brace for Lazio to help them register a 2-0 win over Udinese which came at the back of a 4-0 shellacking they received at the hands of Chievo Verona in their previous match. The Italian capital side are now ninth, while Udinese are 13th.

In the biggest match of the weekend, the Milan giants played the first derby of the season. Both the sides struggled in the last campaign and finished in the middle of the table. But they have done extensive business in the transfer window and are aiming to return to European football.

Carlos Bacca was very impressive but a goal evaded AC Milan. In the 58th minute Fredy Guarin’s long range effort proved enough for Roberto Mancini’s side to ensure all three points from the first Milan derby of the season.

In the final game of the week 3 action, a goal each from Citadin Eder and Roberto Soriano helped Sampdoria to a 2-0 win over Bologna.