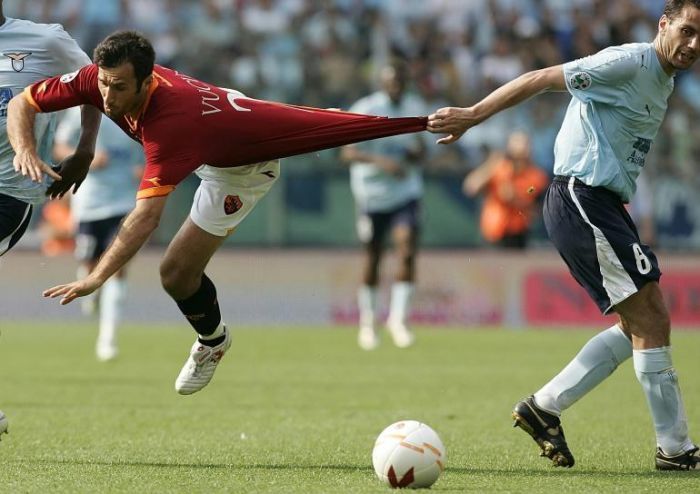 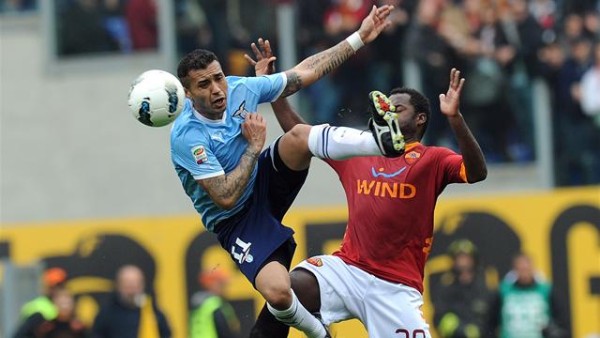 AS Roma have a long-standing rivalry with Lazio and both these sides in the Italian capital are going head to head for the second spot in the Serie A.

After Inzaghi’s rallying cry to his team to honour the Milan shirt, the Italian giants defeated the second place Roma last weekend. Marco van Ginkel opened the scoring while Destro doubled his side’s lead. Francesco Totti’s penalty in the 73rd minute couldn’t save his side from losing all points. Inzaghi was pleased with his players after the three points, despite being sent off.

“Tonight the team showed great dignity and played a wonderful team game. Let us enjoy and feel proud to have beaten a great Roma side,” he told Sky Sport Italia. “We are on the right track and it might be a bit late now, but this is a good place to build on for the future,” the AC Milan boss said.

“We must never look behind us. Unfortunately the past is past. It’s a shame because we have the quality and capabilities. We struggled a little to rediscover ourselves, but I did see it for 70 minutes when down to 10 men against Napoli.

“Roma are challenging for the Champions League, so they were highly motivated. I saw my team in training do well and knew there’d be a performance like this.

“Now there are three games to go and we’ll try to win all three. Europe? I hear there are some clubs in danger, so we will just try to get nine points and see what happens.

“In any case, this is an evening to be proud of that we can enjoy.” 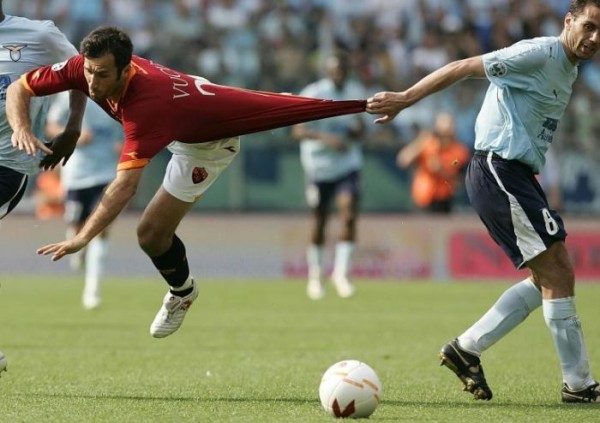 The former Milan player got his marching order in the stoppage time for dissent, but he was given a huge round of applause from the San Siro crowd.

“The fans are very kind with me. They probably see that I give my all and want to bring back the culture of weekly work at Milan. It’s not easy and there have been a number of Coaches in recent years, but I never thought I had a magic wand to fix everything.

“To my last day I will fight for this jersey. I apologise to the referee, but I didn’t say anything in particular, I was probably just a bit too forceful in my protest.”

The Italian champions Juventus also dropped points at home against Cagliari. The draw won’t matter much to Allegri as his side are already the champions and are on course to win the treble. Paul Pogba netted a fantastic goal marking his comeback into the starting eleven.

Inter Milan got a massive victory over Lazio at the weekend, keeping themselves in touch of the Europa league spot. Mancini’s men have yet another testing fixture this weekend as they come face to face with the Champions League finalists Juventus. Lazio were lucky enough to stay in touching distance of the second place team.

Parma are already relegated to the lower division but it hasn’t stopped them pulling out some upsets. Napoli were held to a 2 – 2 draw by Parma at home. The Naples based side came from behind twice as Gabbiadini and Mertens scored the equalizers. With only three games left, Rafael Benitez’s side have a realistic chance of booking the Champions League berth.

Cesena are also demoted to the Serie B but Cagliari are still holding on. They are six points behind the 17th place Atalanta and their fate could be sealed as soon as this weekend.