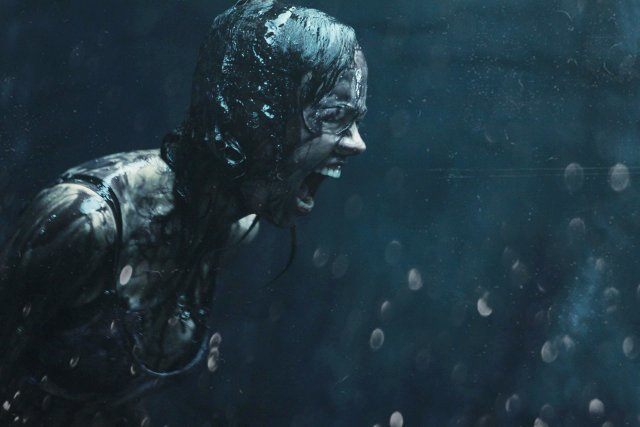 Extraterrestrial is another cabin in the woods film about a bunch of teenagers who head out in to the woods for a booze filled weekend, but end up being terrorized by an unknown force. I can see you rolling your eyes as I write this because it’s just so freaking standard. The movie is directed by and written by The Vicious Brothers who is the pair responsible for The Grave Encounter movies. People rave about those films, but I still find them to be unimpressive found-footage movies.

I’m not impressed with their latest movie venture either. From the very beginning the writing, editing and directing is so bad that I wondered if it’s a satirical film and not a serious teen horror film. The film has the feel that it is very professionally shot. It never makes itself obvious as a satire which makes how bad the writing and editing is even more confusing. Do The Vicious Brothers want us to be dazzled by their teenage horror story satire skills (which if it is a satire isn’t a very good one) or did they just make a really shitty movie?

The cliche feel of the film starts off from the very beginning where you’re introduced to someone being abducted by aliens. Right from the beginning, you know what the whole feel of the movie will be like. Then, you see a bunch of young Caucasian people (there’s no ethnic diversity in this film whats-so-ever, they didn’t even try with that one) pack up and head out in to the woods. From the very beginning there is not a single character that is likable. The main character is your typical, annoying white girl who loves her boyfriend but is deathly scared of commitment. It makes other parts of the movie feel out of logic when she decides to go to the end of the earth (literally) to protect him, but she won’t let him put a ring on it?

He was pretty much the only one who cursed throughout the entire film. He was a complete asshole and there was not one redeeming quality about him. In fact, the character’s demise is one of the few clues that seems like it’s trying to tell the viewer that it’s a satire.

The visual effects of the film are really amazingly good. For an independent alien/horror film, I was shocked to see effects that were breathtakingly good, believable and often times scary. Some of the horror films I’ve been seeing on Netflix seem like the special effects are put together by some weird cracker jacks team or something. The space ships are shockingly impressive from the outside. It doesn’t come across like a metal hub cap from a cheap 60s movie was used that’s for sure! Even the beaming scene was more shocking and gut wrenching then ever. And let me tell you, there’s a really gross anal probe scene that I’ve never seen done before. It’s done horrifically, but still with a strange amount of tact and taste.

The scenes editing felt extremely mismatched and out of place. Some scenes just sharply cut to another scene without any flow to it all. It was almost disorienting. I think they were trying to obtain an edgy film style, but it just came across as being done in an ill manner. The Vicious Brother’s previous films were found footage features and this film felt like it wanted to be a found footage film without the effort of actually making it a good film. There are even one or two scenes viewed through a camera and while their effective for a minute, it gives you the impression that the film makers wanted the entire movie to be seen that way.

One of the main things that turned me off about the film included the pockets of boredom you go through. There is one sequence where the  young adults get trapped inside of a recluses house and it drags on forever and ever! People running around a dark room, screaming at things and shooting does not make for a scary scene, it just makes for boring screen time. 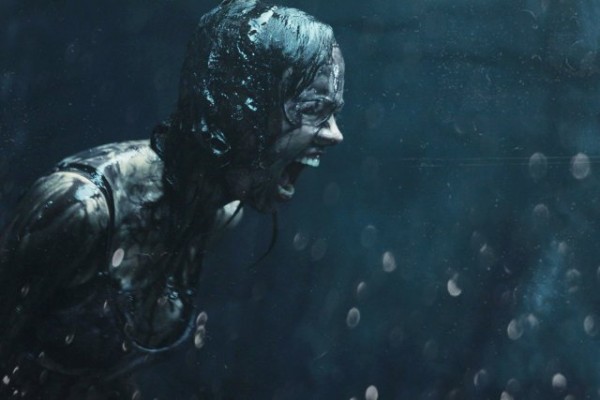 That brings me to several major plot line holes. The aliens only start terrorizing people after they crash land in the woods after a bad storm. If they crash landed, how is their ship suddenly in working order fast enough for them to start abducting people? Why do the aliens leave the ship to suddenly terrorize people? If they hate the human race so much, why they did they need a crash landed ship to motivate them to exterminate man kind only in the backwoods somewhere? I know, I know it’s a horror film and we’re supposed to tune out while watching it. Honestly however, these questions plagued me for about an hour before I went to bed because they were such glaring problems I really wanted some answers! 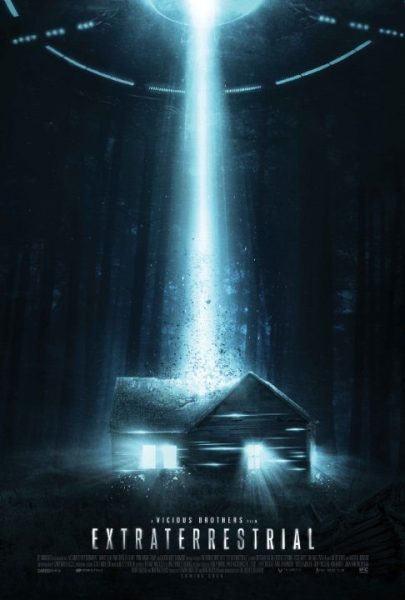 The ending (no spoilers here) is the most epic part of the film and is another clue to the possibility of the film being one big joke. I’m hopping that the film really is one big satire as the special effects had me wanting to take to like it. If it is a satire then The Vicious Brothers should really try brushing up on their pacing and editing skills and if it it’s not….there may not be much hope (or financial backing) for these two in the future.