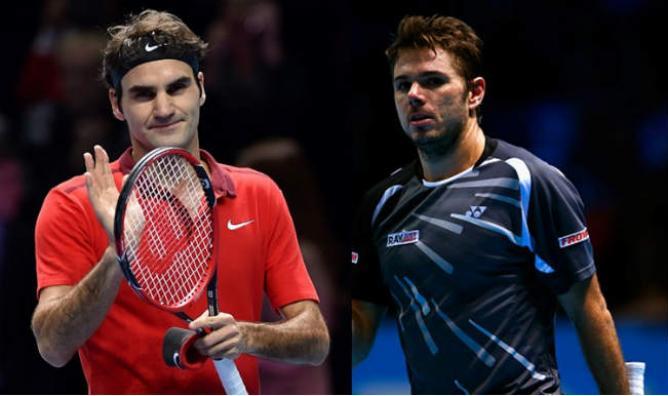 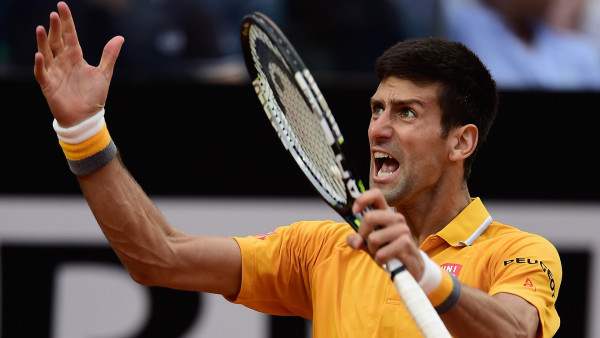 Novak Djokovic had it a bit easier today at the 2015 Rome Open only having to go two sets to beats David Ferrer 6-4, 6-4 in just around ninety minutes. His first three matches had him going to three sets and much longer times including Friday’s very intense match with Japan star Kei Nishikori. 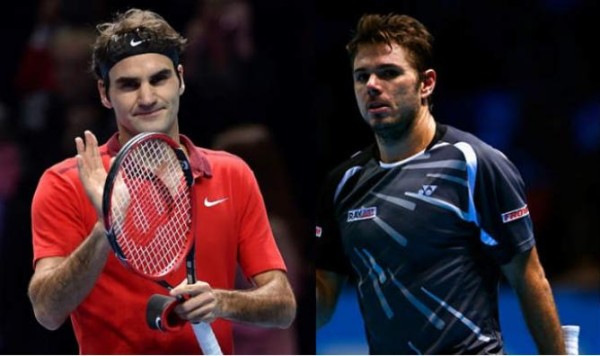 The three-time champion defeated seventh seed and 2010 runner-up David Ferrer 6-4, 6-4 on Saturday in one hour and 35 minutes at the Foro Italico in Rome.

Djokovic hit 26 winners and committed 24 unforced errors to beat Ferrer for the ninth time in a row. It extended his winning streak to 21 matches. His last loss came to Roger Federer in the Dubai Duty Free Tennis Championships final on 28 February.

Trading blows from the back of the court, Ferrer could not dig himself out of difficulties in the third game. Djokovic converted his secon of three break point opportunities with a fine backhand crosscourt, which opened up the court for a routine forehand into space.

Ferrer clung on and at 4-5, with Djokovic serving for the set, the Spaniard was aggressive and used his forehand effectively for a break point at 30/40. Ferrer could not convert as he over hit a forehand when Djokovic appeared stretched. Djokovic clinched his third set point to end the 45-minute set.

Djokovic won 59 per cent of his first service points and committed 15 unforced errors against the battling Ferrer.

In the second set, Ferrer recovered from 15/40 in the first game by winning six straight points, before Djokovic regained control.

Djokovic’s accurate groundstroke length continued to trouble Ferrer, who could not convert a break point in the sixth game. At 4-4, Ferrer lost his serve to love and Djokovic soon sealed a spot in his 34th ATP World Tour Masters 1000 final (23-10) and his 76th overall (52-23).

This year, he is now 13-1 against opponents in the Top 10 of the Emirates ATP Rankings.

Ferrer had been attempting to become the 12th player in the Open Era to record 300 clay-court match wins. The Spaniard has a 1-6 record in ATP World Tour Masters 1000 finals.

The world No.1 had been pushed to three sets in his first three matches in Rome but beat Spaniard Ferrer 6-4 6-4 in one hour and 35 minutes.

Defending champion Djokovic will face either Roger Federer or Stanislas Wawrinka, who contest an all-Swiss semi-final later on Saturday.

Ferrer’s defeat guarantees that Rafael Nadal, who crashed out in the quarter-finals to Wawrinka on Friday, will be seeded seventh for the French Open, where he is a nine-time champion.