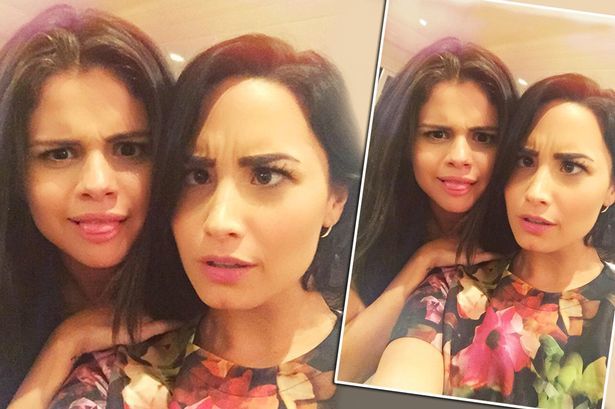 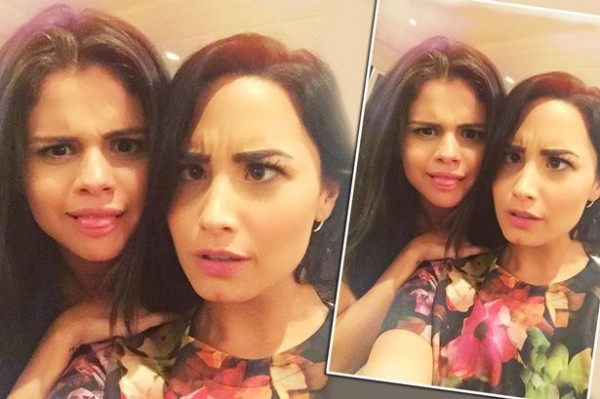 This week’s celebrity gossip kicks off with it appears that Selena Gomez and have patched up their fractured friendship. Recently they took a selfie together and posted it on social media. In the caption of the picture were the titles of both Selena’s and Demi’s new singles. This is the first time the two of them have publicly acknowledge their friendship after having gone their separate ways last year. Demi Lovato appeared on a talk show at some point last year and told the host that she and Selena had simply grown apart. Prior to that, the rumors were that they simply had a falling out over personal reasons.

Jessica Simpson is speaking out about her failed marriage to Nick Lachey. In a CNBC interview earlier this week she admitted that marrying Nick was the worst financial decision she’d ever made. She did say she trusts her business manager completely and that she and he have made some great financial investments together. She said that her line of merchandise has grown due to the hard work of her manager. Because her merchandise has been her focus, she hasn’t released an album in five years. On a recent interview with the Today Show Simpson said that she is currently having a recording studio set up in her house and that once it is complete she will begin work on a new album.

Matthew McConaughey made his female fans’ day by starring in a new Lincoln Motors car commercial. Even though he doesn’t say a word in the commercial his fans still love it. The commercial debuts during tonight’s Sunday Night Football on ABC.

In a Food & Wine Magazine interview recently Pink stated that when she’s not touring she enjoys staying home and cooking. She honed her cooking skills when she went to Paris to take lessons from professional chefs. Last summer she spent five days in Paris taking a cooking class. She also stated that when she is home in between tours she eats as much as she wants, even if it means she gains a few extra pounds.

Lauren Conrad, who is approaching one year of marriage, is happy with her life and has admitted she’s not ready to be a mother. She said right now she is focusing on her career and her marriage. One of the things she’s focused on this week has been her presentation at New York Fashion Week. She credits her husband with keeping her calm during her presentation.

Even though Robert Pattinson has become a movie star he admits that he never intended to become as successful of a movie star as he is now. In a recent interview with the German version of Cosmopolitan Magazine, he admitted that his increasing fame caused him to want to lay low. When Twilight was at the height of popularity he said that he found the hype irritating but that the hype has died down and he is calmer now as a result.

On a recent Tonight Show appearance doting new dad Justin Timberlake showed the audience pictures of his five-month-old son Silas, with wife Jessica Biel. He also said that becoming a father is the most beautiful and insane thing that has ever happened to him. While appearing on the show he also participated in a segment with host Jimmy Fallon, where they performed a song called “History of Rap 6.”

Earlier this week Justin Bieber made an appearance on The Today Show in which he gave a free performance at Rockefeller Plaza. He performed songs from his next album, set to be released this November. On the same day he was presented with a Guinness Book of World Records award for being the youngest single male singer to have a song become #1 on the Billboard chat for single tracks.

Jennifer Lawrence is publically acknowledging that she is on prescription medication to manage her anxiety. She told the New York Times that life is never easy when you are in the public eye and she finds peace by thinking of herself as an avatar. She said by letting go of stress she can focus on what’s important.

Hilary Clinton recently appeared on the Ellen DeGeneres Show and she said that she would ask Kanye West (who has publically declared that he wants to run in a future presidential election) to wait. She said if Kanye wanted to run for President that a lot of other people would too. Speaking of Hilary, Robert DeNiro recently told Elle Magazine that he supports her in the election. He said electing our first female president is important and that Hilary has paid her dues.

Taylor Swift has now surpassed Kim Kardashian in number of Instagram followers. Vanity Fair has crowned her their favorite pop star in the world. The magazine said that due to Swift’s huge number of followers, albums sold and money earned she is now big enough to get the world’s largest companies to give her whatever she wants.

In a recent interview on Jimmy Kimmel Live, Emily Blunt announced that she has passed the test to become a legal citizen of the United States. She admitted that even though she is an American citizen now she still feels loyalty to her home country of England. She said she likes being British and becoming an American citizen was bizarre and sad.

This week, The Late Show with Stephen Colbert welcomed George Clooney as the first guest. Stephen told Clooney that it looked like he was dressed like his own evil twin. Clooney admitted during the interview that he is not promoting anything right now and he just wanted to be on the show for Colbert.

Wrapping up this week’s celebrity gossip, Zac Efron recently marked his one year anniversary with his girlfriend. He posted a photo of the two of them on his Instagram and wished his girlfriend a happy anniversary, telling her he loved her.