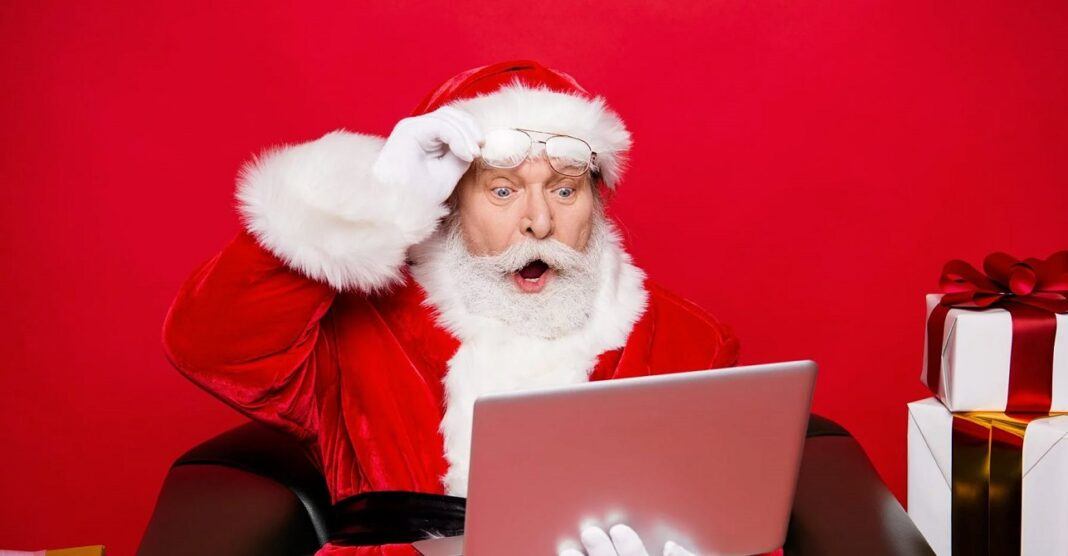 After nearly 160 years, Macy’s Santa Claus has been the one person who has always been inured to the bad of the world, but that has come to a stop due to the coronavirus pandemic. In what feels like the plot of “The Year Without A Santa Claus,” kids of all ages will only be able to see him via Internet-only appearances on behalf of Macy’s.

Santa Claus and Macy’s have gone together like peanut butter and chocolate since the 1947 Academy Award winning film “Miracle on 34th Street.” The plot of this film is where the actual Kris Kringle is hired by Macy’s New York City store where he brings his joy to a few humbugs in a court ruling. Ironic how this all ties together in today’s world with Sen. Lisa Murkowski now reversing herself on Saturday to say she will be voting Amy Coney Barrett for the Supreme Court.

“To replicate the magical experience of visiting Macy’s Santaland for children and their families, we will shift to a virtual engagement this year,” said Susan Tercero, Macy’s VP Branded Entertainment, said in a press release. It will be available online from November 27-December 24.

More than a quarter of a million people come to see Santa at Macy’s in Midtown Manhattan each year, the company said, making it hard to create a safe environment during a pandemic. Before taking a picture with the jolly old man, crowds walk in tight quarters through a maze-like Santaland that’s filled with Christmas trees, running toy trains and elves in green costumes.

Santa also won’t be showing up at its Chicago and San Francisco stores, which have similar Santalands. But he will still appear at the end of the televised Macy’s Thanksgiving Day parade, the company said.

With the coronavirus still raging, stores and malls are having to rework their typical holiday strategy, which had been to pack as many people through its doors as possible. Walmart, for example, is holding its Black Friday deals over four weeks, instead of one day.

But the decision by Macy’s differs from big mall owners, which will still go ahead with in-person Santa visits by banning kids from sitting on his lap and making sure they stay six feet away from him.

Macy’s has been using Santa Claus to draw crowds to its New York store since the early 1860s, calling itself “The Home of Santa Claus” for decades. And Macy’s had a starring role in the 1947 film “Miracle on 34th Street,” where a girl discovers the real Santa inside the store.

Macy’s will be offering a free online experience on its website at the end of November, where families can play games, get a virtual tour of Santa’s workshop and take a selfie with Santa. The experience will feature a greeting from virtual elves, who then lead the way through Santa’s village and workshop, allowing playtime with interactive games. At the end of that trip, kids will meet Santa through an interactive video and can share their holiday wish list and take a selfie with Santa that will be downloadable.

Expect a lot of disappointment as there is bound to be plenty of server issues so be ready for that with the kiddies.

The online experience is limited to three children at one time, Macy’s said. Left unsaid is what parents will do if they can’t access the site after building up young hopes.

“Moving to a virtual engagement will safely bring the magic of Santa Claus to children of all ages this year,” Macy’s said in a statement to media outlets.

The pandemic has forced Macy’s to tweak other holiday traditions.

In order to deter crowds, its annual Thanksgiving Day parade won’t go through its usual route through Manhattan. Instead, floats, performers and giant cartoon balloons and will be filmed for TV in front of the Herald Square store in New York.

Macy’s also ditched a one-night firework spectacle on the Fourth of July, and held smaller unannounced firework shows to stop people from gathering to watch.

With large scale events banned in New York City, the Macy’s Thanksgiving Day Parade will not go on as in year’s past due to the coronavirus pandemic.

A live parade to welcome in the holiday season has been scrapped. Macy’s says it is in the process of “reimagining” the event that will be brought to viewers on TV and online in November.

“One of the most beloved events every year is the Thanksgiving Day Parade,” Mayor Bill de Blasio said during his pandemic briefing on Monday. “I always want to express my appreciation to everyone at Macy’s. They are extraordinarily civically minded. They care about New York City. We saw what they did on July 4th with an amazing fireworks display. They found a way to do it, to celebrate our country and our city and give us hope and they did it safely.”

The event will be drastically scaled-down. There won’t be a parade along the usual 2.5-mile route down Broadway into Herald Square. The big balloons will have a role but will be anchored to vehicles instead of guided by people.

The high school and college marching bands from around the country, always a big highlight, will have to wait until 2021. Instead, local New York bands and performers will provide music.

A message on the store’s website says the parade will be similarly reworked as was the Fourth of July fireworks spectacular.

A series of smaller fireworks shows took place in each borough over the course of several days leading up to July 4. On Independence Day, Macy’s broadcast the shows.

“Next year, I look forward to things coming back in all their glory so we can enjoy things together again,” said de Blasio.