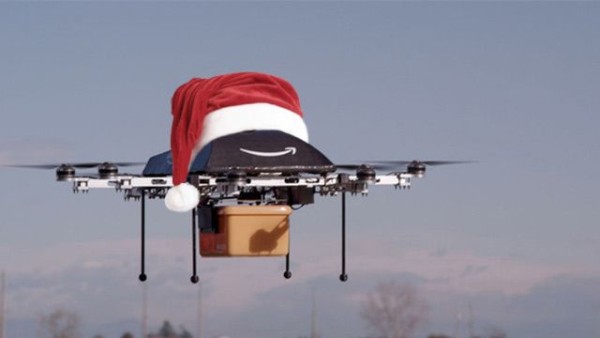 Last month, we discussed the proliferation of drones and the need to have solid laws about them. With regards to proliferation, it’s almost time for the holidays, and officers of the Federal Aviation Authority are going to be up to their necks in dealing with more drones in the skies. There are more than a million drones on order for the season, and that’s a lot of unmanned aircraft the FAA has to deal with; not to mention a lot of unlicensed and inexperienced pilots flying them and some whackjobs that are.

This coming holiday season, one of the best gifts anyone can buy for male kids (and adults) these days are drones such as those from DJI Phantom, Axis Aerius, Blade Nano and Parrot Bebop. As technology continues to improve, these drones are coming along for the ride offering new features, crisp video, easier controls, longer battery life, and greater range. The last two items are of concern to the FAA as drones could compete with birds and private aircraft in affecting commercial flight paths. There have already been hundreds of reports of near misses with planes this year alone. Speaking of birds, drones can also be a danger to native wildlife as they can also collide with birds while in flight.

Technology has brought the number of unmanned remote controlled vehicles to unprecedented numbers not only through advancements but because of affordability. What used to be the realm of hobbyists with expensive remote controlled planes with the required licenses and discipline has now become everyone else’s. Anyone with enough money can buy a drone for themselves or send them as birthday or holiday presents. Batteries not included, no registration and no pilot’s license required. And better yet, no rules until next year that is. We can only expect aerial chaos with skies full of drones adding to and possibly disrupting the already fully booked quagmire of commercial flights this holiday season.

For beginners, piloting drones is not the same nor is it easy as flying a kite. Despite the simple layout for most controls, control of the drone itself needs time, so they’re not recommended for small children. Some practice time may be needed inside an empty hall or room before outdoor use. But even then, drone owners have to be informed of outdoor rules and restrictions. It’s not the drones themselves that are the problem but their overzealous operators. Those that don’t know how to fly well and those that do but don’t know where. The FAA launched a ‘know before you fly’ information campaign and instructed Walmart to have their employees properly orient drone buyers.

Very recently in the UK, the Department of Transportation issued an order that drones need to be registered upon purchase, and all purchased drones need to be with the department. Implementation is expected to be done by year’s end in order to regulate drone flight by irresponsible owners as drones have started to become a public nuisance. The US FAA has also yet to issue standard regulations for drone use. Expected in spring 2016, these rules will regulate drone use and open airspaces for commercial drones like those to be used for item delivery by Amazon. The US followed suit just last week that non-toy grade drones must be registered by their owners. The registration system is being worked out by the US Department of Transportation with drone manufacturers and vendors and should be ready before the end of the year.

This recent announcement means that the government means business in putting order back to the skies. Drones are to be registered by their owners with their local DMV. Registration is but the first step. A timely one at that as more drones will hatch out of their gift boxes. So the government will know you have a drone, then what? Rules, rules and more rules, the most basic of which is to keep at least two miles away from the nearest airport or facility with a restricted airspace. A US senator also recently filed a bill that would charge offenders of said rule with a misdemeanor subject to a fine or up to one year in jail. It will be like owning a car where you’ll get a parking ticket once you beat a red light. If your drone goes near an airport or flies too high, all registered drones in that area will be narrowed down to the owner.

It’s not the end of the world for drone owners once these laws are in place. They just can’t fly anywhere they want or use their drones in ways they’re not intended and compromise everyone else’s safety. It could be a relative in that plane your drone is buzzing. Drone owners just need to play nice with Uncle Sam, so Santa’s drone delivery goes smoothly. Maybe next year, Santa might just use drones to deliver gifts instead of going down chimneys himself.