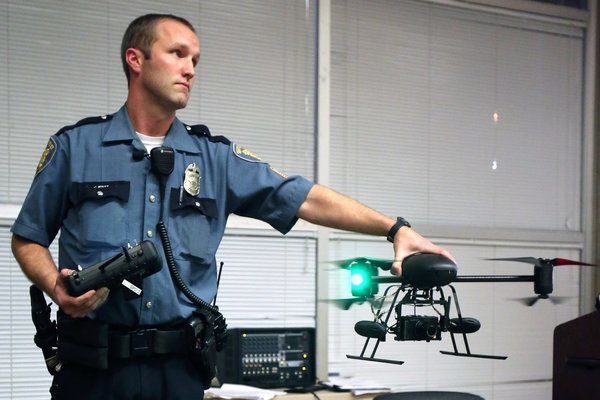 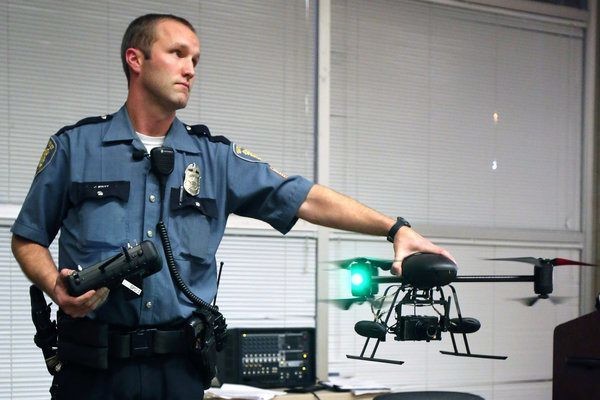 Remember the good old days when kids asked their parents for a set of baseball cards, a top, a bag of marbles and a kite? Nowadays, kids will ask for a box of Pokemon cards, a Beyblade, a set of Bakugan or Zoobles and instead of a kite, a remote controlled helicopter or better yet, a drone. Right now, the coolest outdoor toy to have are drones. Ever since the invention of the first mini-copter, drones have started taking over park and lawn airspaces. The development of small powerful motors and ever decreasing price has made drones popular. There are even drones for underwater use. They are truly incredible toys, perhaps even better than video games as players actually get to control physical objects instead of sprites on a screen. And what players love most aside from control is an audience, either awed or annoyed. Drones now come in various forms from the simple mini-copter, to quad-copters, to Star Trek starship lookalikes to actual utility drones that can observe activity in their vicinity, and even carry a payload. Because drones can be used for other purposes other than buzzing over things, some laws have to be made. Once these laws are in place, will drones remain as popular?

Drones are gaining popularity as toys for both young and old. They, have come from being simple kite alternatives to actual extensions of their users that can be used to view, observe and unfortunately spy on others. Amazon is actually in the process of researching product delivery through drones. Drones will soon deliver products right at people’s doorsteps. Used in the latter applications, drones are basically intrusive. Flying a drone over a neighbor’s lawn is already a cause of concern for some, especially flying one over a neighbor’s lawn with a camera attached. As an extension of the owner, it can be considered trespassing. Many a drone have been shot down for such a cause. Most of the time, seeing a drone, let alone a kite in one’s airspace triggers a response to investigate, in other words, it’s bothersome. It’s basically the same thing when an unidentified aircraft enters an airport airspace. And it’s a bigger problem when a drone actually enters airport airspace and disrupts air traffic. 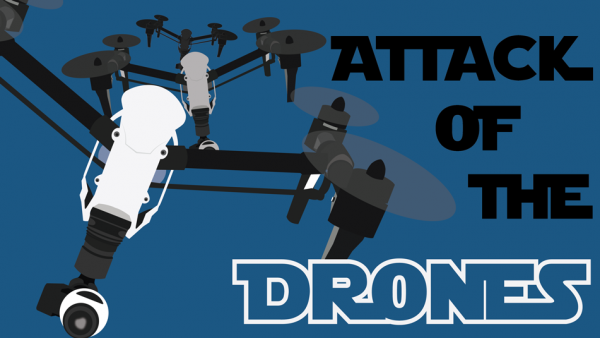 The popularity of drones, and the potential problems they cause or have already caused has necessitated the development of local laws and ordinances. Flying a drone over a neighbor’s lawn, especially ones equipped with audio and video is considered trespassing and the neighbor has every right to shoot it down. But like the internet, drones lie between the categories of plaything and utility. Many drone owners disagree on laws imposed by some cities. Drones can be considered model aircraft and are subject to the same laws as flying model aircraft. Flying a drone in a supposedly wide open sky gives the owner a certain sense of freedom and telling owners that they can’t do this and that, sucks the fun out of owning one.

But as with the internet, the idea of fun is subjective. Some like cat videos, others like porn. With drones, owners can capture their own adventures biking or rock climbing, or peep through Jennifer Lawrence’s window while she’s undressing from a hundred yards away. With improvements in camera technology, the drone might as well be a fly on the wall. Another problem with drones (aside from those used by the military), is that they have the potential to be used as weapons or spy equipment. There was this news where a man was hurt (or was he decapitated) when he made a mistake in landing his gas-powered remote-controlled helicopter. Though not exactly a drone but a careless pilot could land a drone on someone’s head, hit a small child or someone’s pet. A drone could also be intentionally used to drop a deadly package on someone’s home or head. A more recent news is about a drone that crashed in the White House lawn. It could have been worse if the drone had some C4 or was aimed at the president’s head. What’s actually surprising is the lack of surface to air technology around the white house itself to intercept anything unscheduled coming from the air.

The larger the drone, the more dangerous it can be. High-end drones which have a long range can also be a danger to air traffic as they can be hit by low flying aircraft. Drones are a serious concern for celebrities as they can be used by paparazzi to eavesdrop within their residences. And because privacy and security from terrorism are such buzzwords, it can’t be helped that government rules have to be made. The Federal Aviation Administration has already made some proposals such as:

The aforementioned are general rules that cover all drones. For large utility drones weighing 55 pounds or less, the FAA proposes that:

The rules mentioned are practically similar to getting driving or pilot licenses which might as well be as 55-pound drones are technically unmanned aircraft that have the potential to cause harm or damage to property if not properly handled. What will be the future of drones when the government gets these laws in place?

Believe it or not, a set of rules by the government as long as they’re clear and not too restrictive simplifies things. Drone owners no longer need to guess or wonder whether or not they’re flying at the right place or even doing the right thing. Given the above sets of laws, drone manufacturers now have a set of parameters they can follow and make drones for both consumer and business use. If a consumer drone can’t fly over 500 feet or fly at speeds of 100mph, it saves the owner any worries about breaking any laws. That’s freedom in itself. All drone owners need to do is just to stay away from airports, celebrity mansions and the lawn of the local curmudgeon. Don’t carry any clocks or explosives. Get your drone license along with your driver’s license and everything should be okay.