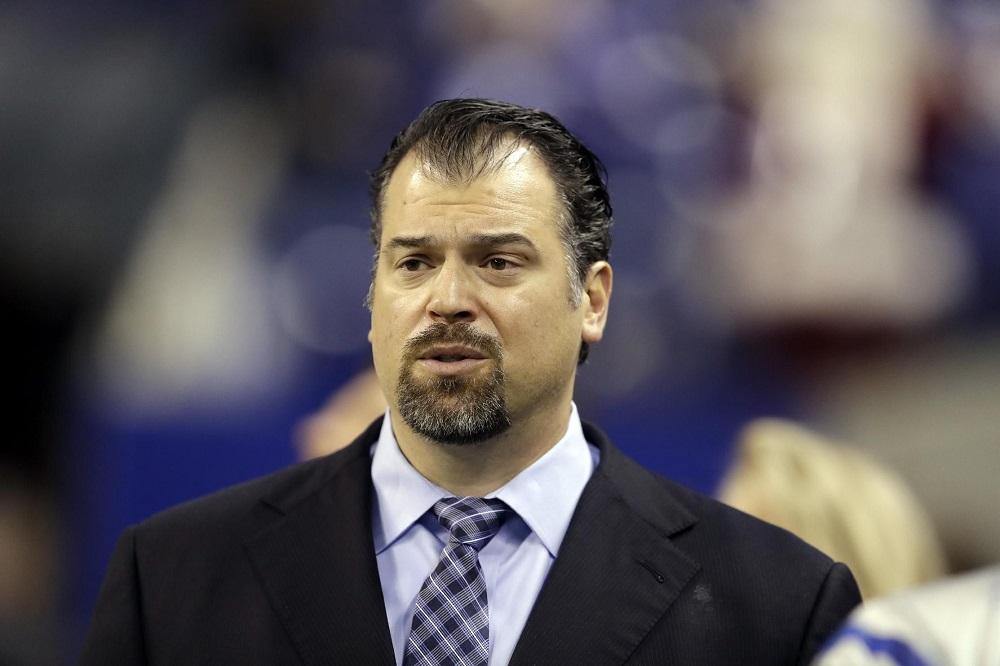 The Indianapolis Colts and owner Jim Irsay announced Saturday that general manager Ryan Grigson has been fired after five years with the team. Grigson was an instrumental part of the franchise’s recovery after cutting Peyton Manning; however, when the Colts missed the playoffs for consecutive seasons for the first time since 1997-1998, the first-time GM took the fall.

It was Grigson’s draft picks that saved the Colts after finishing 2-14 without Manning during the 2011 season. T.Y. Hilton, Coby Fleener, Dwayne Allen, and quarterback Andrew Luck all played a pivotal role in the turnaround. Grigson’s smart free agent moves added to the team’s reservoir of talent.

Things went downhill quickly, however. Sending a first-round selection to the Cleveland Browns in exchange for draft bust Trent Richardson was the first straw, and the high-priced free agents which failed the turn into a postseason run made Irsay’s choice clear.

“It was a tough decision, well thought out, and in the end the right decision for the Colts,” said Irsay.

Of course, Grigson should be satisfied looking back. He’s a gambling man that wasn’t afraid to take a chance. It just sucks for him (and the team) that many of the moves backfired.

“I think the guys that sit on their hands, they’ve got to live with themselves and look in the mirror and realize they didn’t take any chances,” Grigson famously said. “They’ve got to look at themselves and say, ‘Did I even deserve this opportunity?’ If you just sit on your hands and say, ‘I’m going to play it safe all the time,’ you might be middle of the pack. But if you don’t take a swing, you’re never going to hit it out of the park.”

Being three weeks since the Colts played their final game of the season, the move was a bit unexpected. Also, with the firing coming so early in the day, rumors swirled about the job security of head coach Chuck Pagano. Pagano and Grigson never got along, so Irsay decided to give Pagano a chance without the GM.

Pagano and Grigson were due for a split. Their relationship was so toxic that the Colts actually hired a psychologist at one point to attempt to mend bridges. It’s clear that the players had chosen the coach’s side in the feud, too.

After someone reminded McAfee that he’s just a punter, the attacks continued.

“‘All-Pro punter’ please and thank you.. also someone who has seen your best friend treat humans absolutely horrendously for 5 years.”

Robert Mathis decided to chime in as well, replying, “This is very funny right now.”

I guess the players won’t miss Grigson either.

While Pagano’s job is safe for now, we must ask how long Irsay will put up with him. For the second year in a row now, the Colts tried to trade for New Orleans Saints head coach Sean Payton, only to have talks break down in the end. It sounds like Irsay is just biding time for the ideal coach to hit the market.

As for a replacement GM, Peyton Manning told Irsay he isn’t interested at the present time. The Colts owner has, however, been recruiting the franchise’s best player to take on a position similar to that of John Elway with the Denver Broncos.

In the meantime, the Colts have a lot to figure out. And if Pagano doesn’t start winning, he may share in Grigson’s demise.