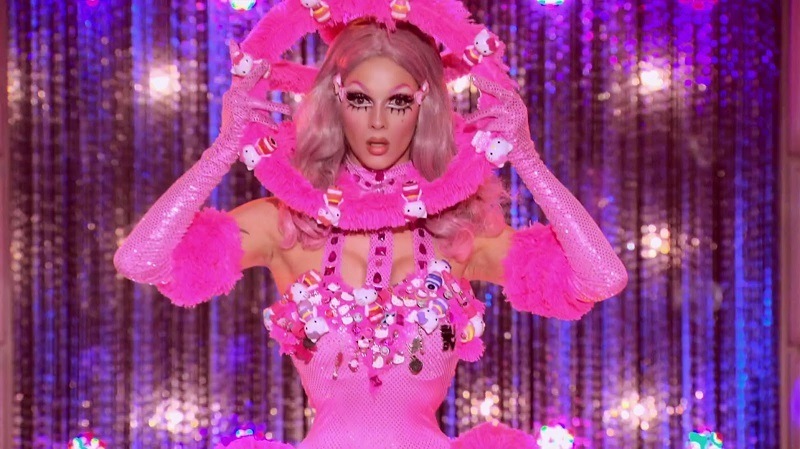 This was a purrfectly fun episode of RuPaul’s Drag Race Ep 711, and Ginger Minj said she was sad that Trixie went home, but happy she was still in the competition. Santino Rice and Rebecca Romijn were announced as the guest judges for the week. 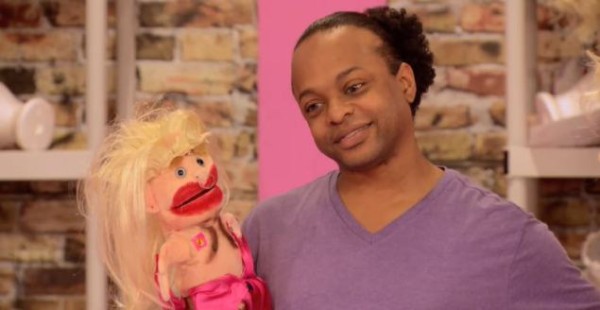 Katya said most people that come to her drag shows don’t know that she is not Russian, because she uses a Russian accent in her show. RuPaul announced the mini challenge would involve puppets. Each drag queen had to pick a puppet that they felt resembled one of their competitors in the game. They then each had to present their puppet to RuPaul with the puppet dressed in drag. Pearl said that the other drag queens needed new material. RuPaul announced Ginger Minj had won the mini challenge. 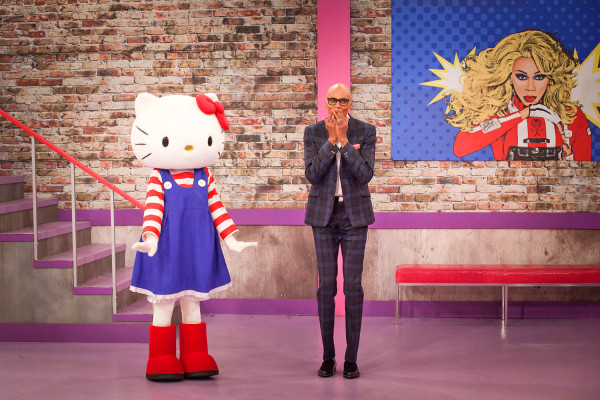 America’s Next Drag Superstar was the theme for this week’s show. Hello Kitty herself then made an appearance on the show. The Maxi challenge was to design and create a runway eleganza outfit with items provided by Hello Kitty. Ginger Minj got to pick the items she would use first and then the other drag queens got to pick from what was left. Ginger Minj said she was tired of the design challenges and didn’t want to have to sew again. Katya told Violet she had unshakeable confidence that Katya admired in her.

Santino Rice then came in to help the drag queens with the Maxi challenge. He started with Kennedy Davenport and asked about her style. Santino was told by Violet that he looked dapper. Violet asked him jokingly if they could go to Red Lobster. Katya told Santino and RuPaul that she had no idea what she was doing when it came to the Maxi challenge. Katya said she didn’t want to mess up but didn’t know what to do. Santino suggested Pearl use an old skirt as part of her Maxi challenge. Ginger Minj said she was anxious to see what Pearl was going to do to win. Santino told Ginger Minj to change the shape of the outfit she was creating. 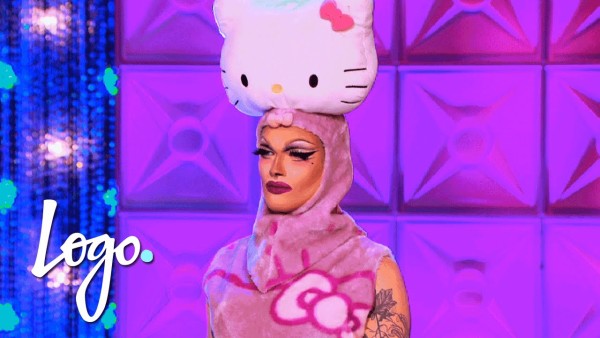 RuPaul then told the drag queens they needed to turn themselves into a character that could be Hello Kitty’s new BFF. Each drag queen was given a huge mask that resembles Hello Kitty’s face, which they would have to wear when walking the runway. Katya said she was a master of hiding her turbulent emotions but she was flipping out over this latest addition to this week’s competition.

On Elimination Day Katya said she thought her Hello Kitty character was fabulous. Pearl said as she got older and realized she was gay she came to realize she loved dressing in drag as well. 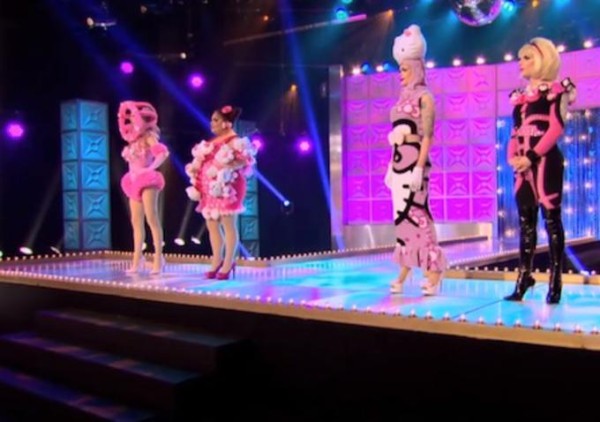 Violet’s outfit was pink and included a ring around her head. Ginger Minj’s outfit was decorated with mini Hello Kitties. Pearl came out in a dress that was a cross between a little girl dress and a woman’s dress. Katya came out as 60’s housewife who could be a stuntwoman. Kennedy came out in an outfit reminiscent of Eartha Kitt. Her outfit included Hello Kitty knee pads.

Michelle Visage said Violet’s character was fun. Ginger Minj was told that her outfit was a little bit literal. Michelle said she got a Madonna vibe from Pearl’s outfit. Katya was told by Michelle that her look was a little confusing because the hair and the outfit didn’t seem to go together. Kennedy was told her outfit was a miss and that they expected more from her. She was told she should have been more adventurous with her outfit.

The drag queens then went backstage and Hello Kitty joined the judges. They said Violet was a creative powerhouse. Ginger Minj was praised for the amazing look of her outfit and her character. Rebecca said Pearl looked very dramatic in her outfit. Pearl was also praised for looking like she was having fun. They said Katya’s outfit was amazing but she looked like a Russian hooker. Rebecca said Kennedy’s outfit was too generic. RuPaul then said she had made her decision and the drag queens were brought back on stage. 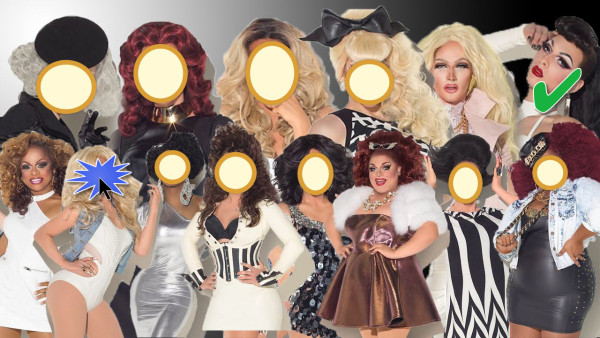 Pearl and Ginger Minj were told she was safe. Kennedy and Katya were told they were up for elimination this week. Violet was told she was a glamour puss and that she won the Maxi challenge. Katya and Kennedy then had to lip sync to help RuPaul decide which one to keep and which one to send home. Katya said she very badly wanted to be one of the top four drag queens left in the competition. RuPaul then announced that Katya was the one to go home this week.