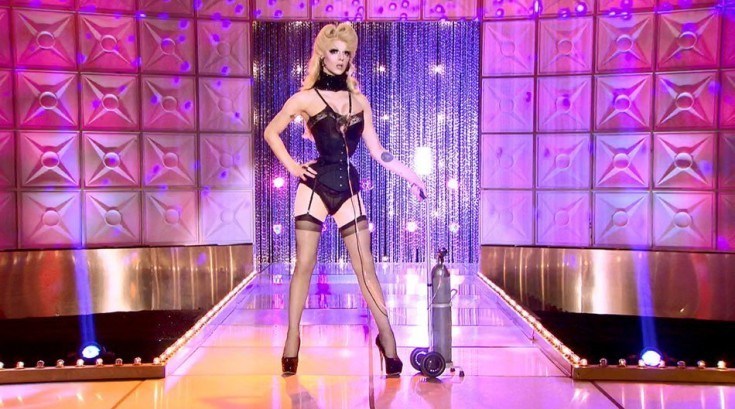 On this week’s episode of RuPaul’s Drag Race, Kandy Ho said that now that Ru gave her another chance she is going to take advantage of that. Violet told the drag queens she would work on the way she was coming across to them. Miss Fame said that Pearl was creating toxic energy for the other drag queens.

In teams of three the drag queens then had to dress up as the show’s judges and reenact the first two seasons of RuPaul’s Drag Race for the maxi challenge. The three teams then split to start planning what they would do. They had to reenact the RUHollywood Story, concerning what happened to Merle Ginsberg after she appeared in the show’s first and second season. 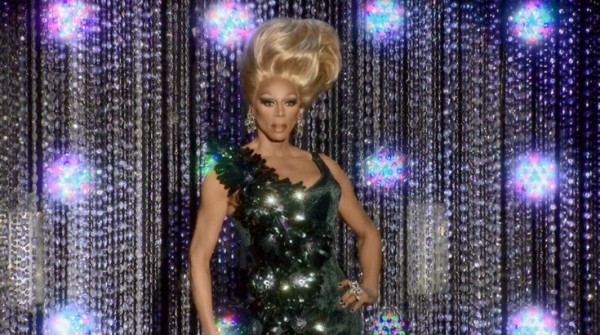 Ross Matthews was tasked with directing the reenactments the drag queens had to perform. He worked with each of the three teams to help them fine tune their performance. Miss Fame said she didn’t want RuPaul to be disappointed with her because she cares a lot about her success. 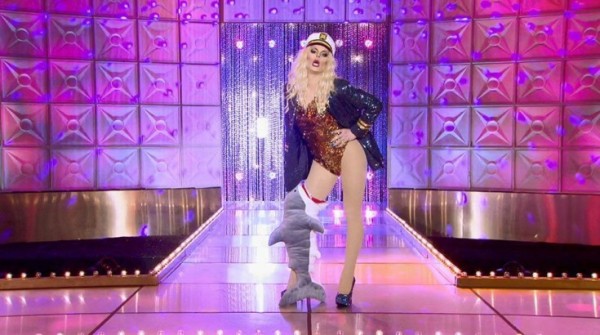 Death Becomes Her was this week’s look for the runway. Each drag queen had to portray themselves as someone who had been killed. While they were preparing, Jaidynn said that she had not yet officially come out to her family. Jaidynn said that his mother told him she was confident he would find a wife someday. 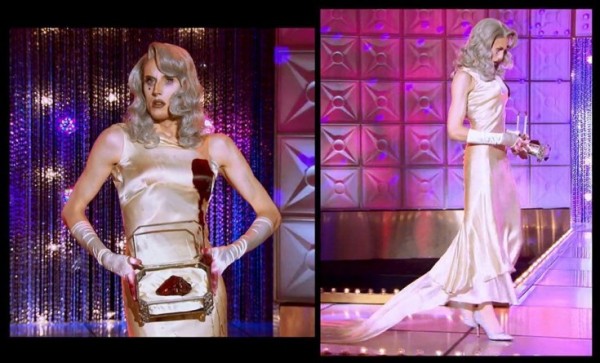 Ariana Grande was announced as this week’s guest judge for the runway show. Kennedy Davenport walked the runway in an outfit that made her look like a chicken. Max dressed as a jilted lover who cut out her own heart as her method of suicide. Kandy Ho walked the runway dressed as a sexy vampire. Miss Fame’s costume portrayed a woman who had been killed when her lover’s husband caught the pair. 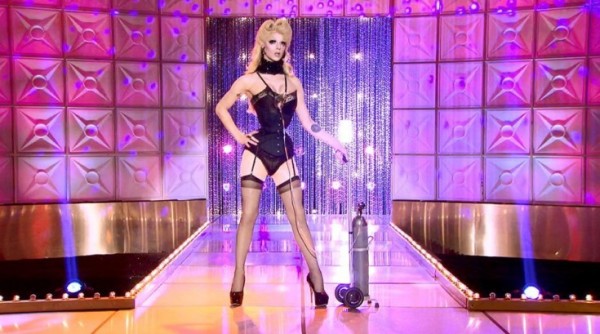 The three RuHollywood stories were then presented to the judges. Ginger Minj’s team (made up of her, Katya and Kennedy) won the challenge and Katya was named the winner of the runway competition. The judges then gave their critiques of the drag queen’s costumes. Ross Matthews told Pearl that she has finally woken up in this competition. He told Jaidynn that it was not good that she kept forgetting her lines during the maxi challenge. The drag queens were then dismissed so that the judges could privately discuss who impressed them and who didn’t.

RuPaul announced Max, Pearl, Miss Fame and Violet were safe. Kandy Ho and Jaidynn were told they were up for elimination. They then had to compete in the lip syncing of an Arianne Grande song to help RuPaul determine which one gets to stay and which one was being sent home. After their lip sync performances Ginger said it was a nail biter to the end because both drag queens were out for blood. RuPaul then announced that KandyHo was being sent home. Jaidynn looked visibly relieved that she had made the cut this week.

Below is the full uncut edition of RuPaul’s Drag Race Untucked: Ru Hollywood Stories to check out below: