Home All News Sports Ronda Rousey vs Holly Holm. Why not? 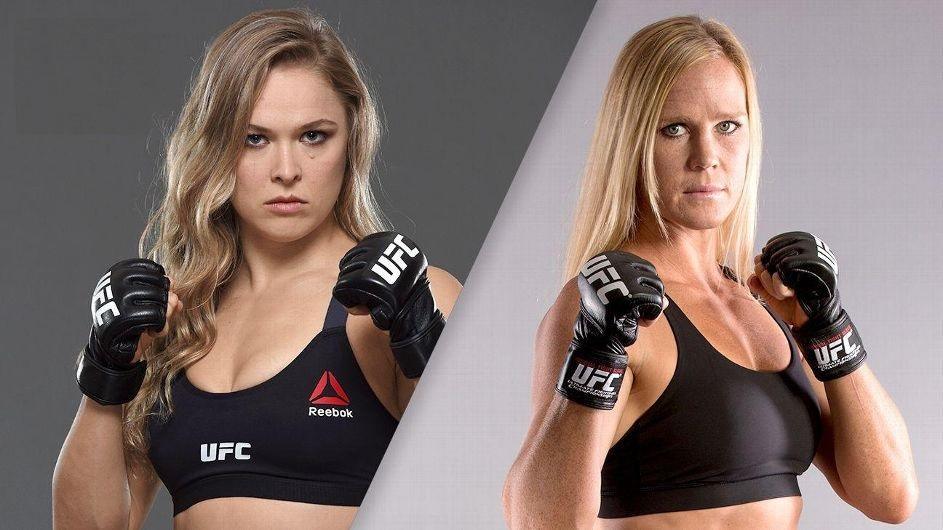 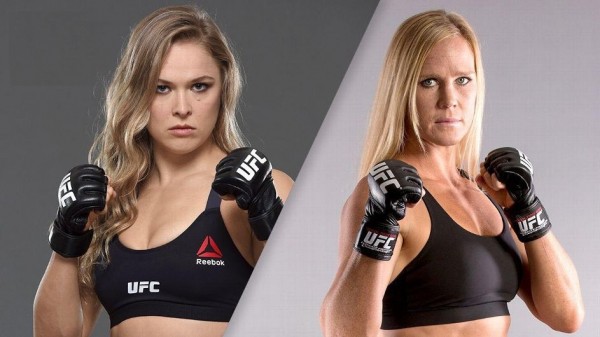 I don’t know if you’ve noticed or not. There is no good challenger for Ronda Rousey. Holly Holm is as good as any other option at this point in Rousey’s march toward undefeated history.

There’s no doubt that Holm lacks the experience to be locked in a cage with the best female fighter in the world, Ronda Rousey. Holm, even though a former boxing world title holder, has just two UFC fights under her belt. Rousey is 12-0 in MMA action and 6-0 in the UFC.

Holm has an impressive record in the world of boxing. The lady is 33-2-3 (9 KOs). That’s one hell of a run. Only nine knockouts in 38 fights is an issue though. Think she may outpoint Ronda Rousey by keeping her at bay for 25 minutes in the Octagon? Me neither. Five rounds is plenty of time for Rousey to catch her in an armbar, choke her, or simply take Holm down and beat her up until the ref steps in and calls it a night for everyone involved.

Many UFC fans wanted to see Rousey v. Tate III. I can see why. Tate gave Rousey a real fight in their second match back at the end of 2013. She finally got caught in an armbar in round three, but pushed Rousey much further than Rowdy’s competition has recently. Tate made Rousey work for over ten minutes, as opposed to the champ’s last three opponents who have barely made Rousey break a sweat.

All Meisha Tate has to do is keep winning. There will eventually be a part three for both she and Ronda Rousey. It’s not really fair to the champion to have to defeat the same person repeatedly in order to hang onto the belt. That’s like Ric Flair having to wrestle a Von Erich twice a month back in the day. Eventually one of those guys is gonna catch the champ on a bad night.

Something could happen before Tate gets another shot. Rousey could get KO’d by a lesser fighter or head off to Hollywood for good. If that happens, Tate can’t cry about it. She had two nights in which to dethrone her nemesis. Got to make the most of those chances.

Liz Carmouche lost in her bid for the belt in 2013. Sarah Kaufman lost to Rousey in 2012. For those keeping count at home, counting Tate, that makes seven of the top ten fighters with a loss attributed to Ronda Rousey.

With that data I say Holly Holm has as much a right to fight Rousey as anyone. She is #8 right now and she has not been knocked out or submitted by Rousey. Yet.

Holm, Jessica Eye, and Amanda Nunes are the only three bantamweights that can make that claim. Nunes has four losses, three to women that Rousey beat. Eye has lost three times, once to Tate and once to Davis, both of which are Rousey victims.

Holm may be inexperienced, but at least she is undefeated. She is deserving of a title shot. Is it in her own best interest to take that shot now? No. She should fight a couple more times to get better before facing the best the world has to offer.

Any fighter that feels slighted should use this time wisely. I don’t know how much better Rousey can get. She may be close to her peak. That remains to be seen. All of her possible future opponents have room for improvement, judging by how few in the top ten have yet to lose to Ronda Rousey.

Holm’s best chance against the champ is to catch her early. The longer the fight goes, the more mistakes the inexperienced Holm will make. That will eventually land her in a position to be submitted or beat down in a ground and pound scenario.

I’ve proposed the same strategy for others who have got taken out in mere seconds by Rousey. Bethe Correia got embarrassed really quickly, but could just as easily landed a heavy punch as she and Rousey traded blows. Holm could make that happen. It only takes one well-placed shot.