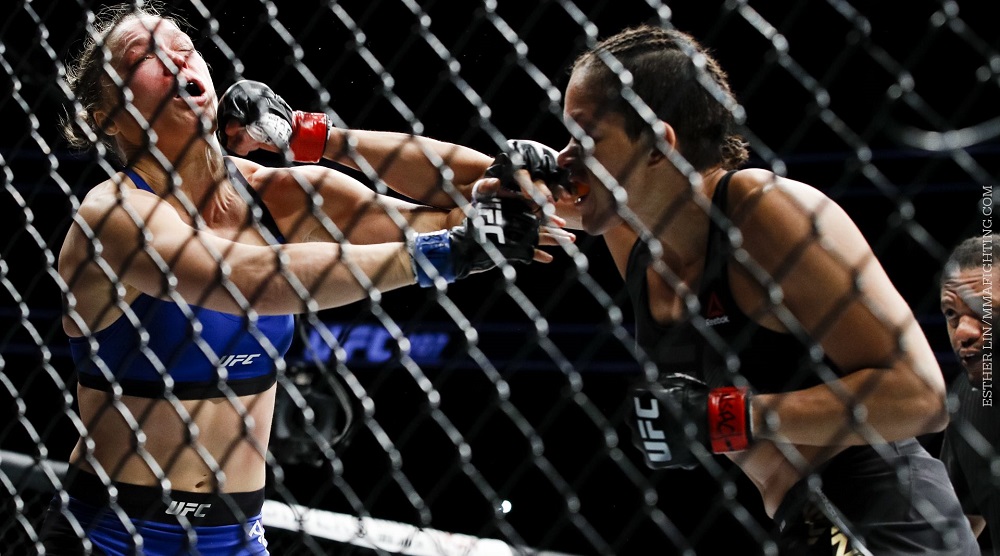 Ronda Rousey was missing something when she walked into the Octagon to face UFC Bantamweight Champ Amanda Nunes.

The former champ wasn’t without her patented Death Stare. Nor was without the skills needed to regain the title she lost in devastating fashion to Holly Holm over a year ago.

Rousey wasn’t missing the confidence needed to win back the belt from the formidable new champ. She had dominated before, and she surely believed she could do so again.

Why? Because of the one thing she cannot replace ever since she was KO’d by Holm last November. 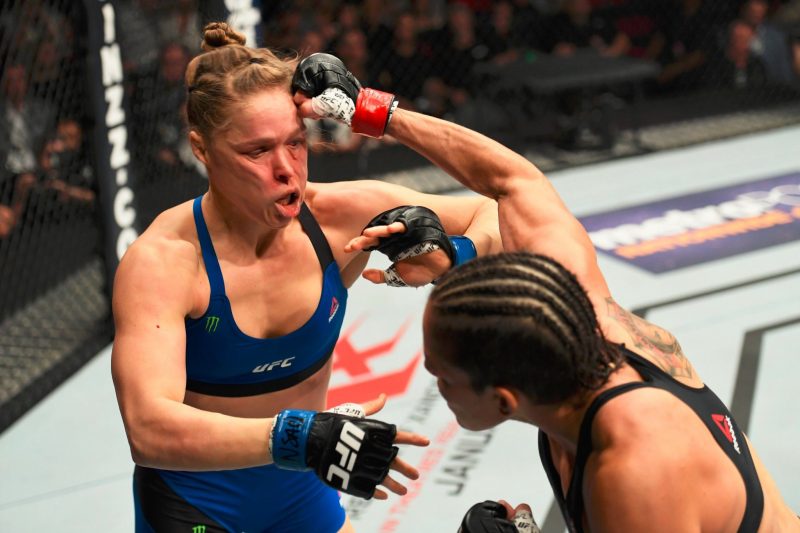 No matter how hard Rousey trains. No matter how focused she is (avoiding the media was a smart move). And no matter how impressive her armbar technique is, she can never get back her cloak of invincibility.

Holm ripped that from her. Tore it to shreds. The entire world saw it happen and the footage lives on forever on Youtube.

Holm proved not to be a good replacement for Rousey, as she was quickly dethroned in her first fight as champion. Not a smart move to miss all that money that a rematch with the Baddest Woman on the Planet would have produced.

Still, the rest of the women’s division in the UFC was instantly awakened to the possibility of actually beating the formerly invincible Rousey. Sure, most of them figured they could whip her if given a shot. But seeing the champion battered and bloodied on the mat was living proof that Rousey was indeed mortal. 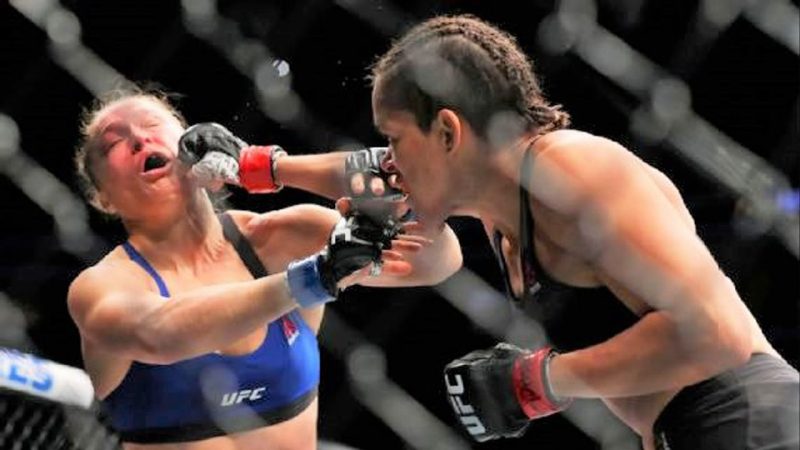 Look, anything can happen in a UFC bout. To me, it was a coin flip between Rousey and Nunes, but the odds paid more for Nunes. If this fight happened two years ago, Rousey would have had the edge simply based on the intimidation factor.

That’s gone, and they were on even ground for UFC 207.

If you thought the Rowdy One could just bounce right back in her first time in an official fight after suffering a devastating knockout, then you should have checked fight history first.

Mike Tyson was as feared as any fighter ever. One Buster Douglas erased that fear for any future opponent of Tyson who had any skills at all. Tyson was never the same after the Tokyo KO. Beating up a bully isn’t as daunting a task once you see someone else do the dirty work.

It actually emboldens others to step to the bully! 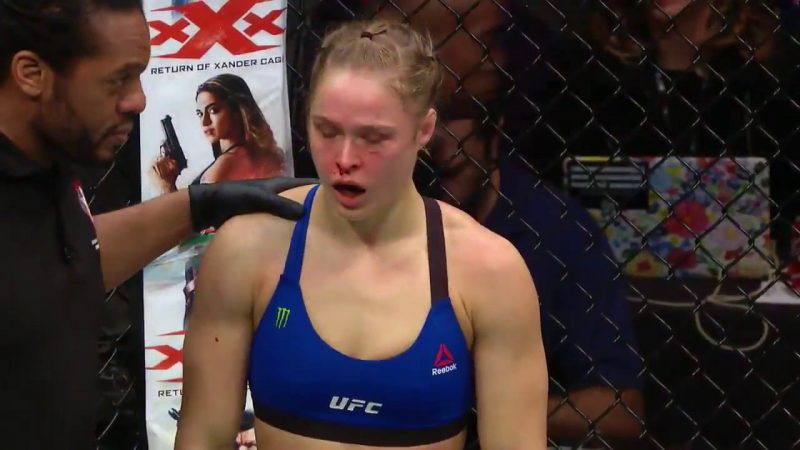 And let’s not forget the significance of the physical part of the Rousey loss to Holm. She was hurt badly, requiring plastic surgery to ensure that Hollywood career didn’t get sidetracked. And her brain was damaged for a time. She was not medically cleared to fight for many months due to the knockout.

You do remember how fast Anderson Silva declined once he had his brain rattled by Chris Weidman? Silva was undoubtedly the best mixed martial artist in history. Yet even he couldn’t rebound from a nasty knockout that cost him his belt.

Having his leg fall off in the rematch certainly didn’t help either. One thing is certain. It was good to have the biggest drawback in the Octagon at UFC 207. The sport is better for it, even if Rousey kept to herself in the run-up to the fight.

That was a good move on her part. Unfortunately for her, that renewed focus wasn’t enough to overcome her missing cloak of invincibility she left behind in Australia in 2015.

Time will tell if this loss marks the end of Rousey’s amazing fight career. History, again, tells us not to be hopeful for another comeback.