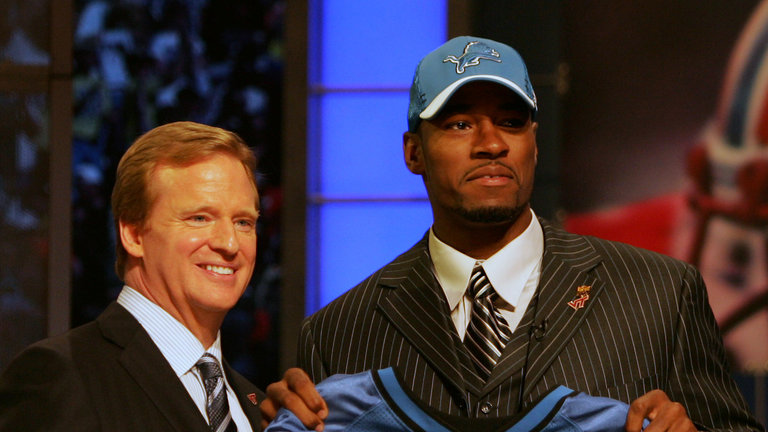 Much like the whole football causing concussions issue, Roger Goodell and the NFL seem to be blind to the fact that players don’t want to be debilitated for the rest of their lives when they retire. There has been a trend of retiring from the game early over the past few seasons, mainly to avoid any further damage to the body. Jake Locker called it quits at 26, Chris Borland left after his rookie season at age 24, Patrick Willis retired at 30, and now Calvin Johnson, 30, has decided he has played his last down in the NFL.

“Not to say that I expected it, but I wasn’t shocked,” said Detroit Lions quarterback Matthew Stafford when asked about the retirement of Johnson, his go-to wide receiver. “I’ve known Calvin for seven years and know the effort and the attitude that he plays with, and it takes a toll on people. And he was catching quite a few passes and getting hit quite a bunch, and so it takes a toll. And he’s a guy that from an offensive standpoint was touching the ball or carrying the ball just as much as anybody. So I knew the NFL was kind of wearing on him.”

I guess a quarterback knows best. But when asked about Johnson’s early retirement, Goodell wasn’t having any of it.

“Well, I disagree with the premise of your question to start with,” said Goodell when asked about the Johnson and the relationship between early exits and health concerns. “You’re taking those issues, and you’re combining them. I think each individual player makes his own individual decision about how long they play the game, who they play for, under what conditions they play. Those are individual decisions that we respect, and they’re made for different reasons. We will continue to support our players, we’ll continue to help them in those decision-making processes, but I don’t see so many people walking away from this game.”

His last point is a good one; however, the number of early retirements has increased significantly over the past few seasons. And when Borland, citing fear of head injuries as the reason he retired at 24, it’s hard to say that safety isn’t a legitimate concern of these players.

All these issues will reach a boiling point before too long.