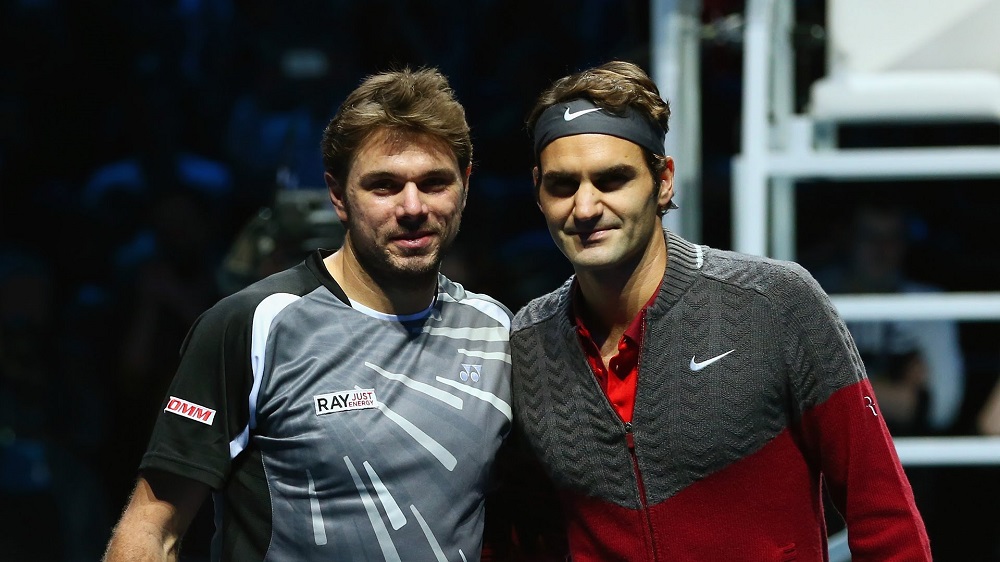 Roger Federer dropped a set to former top-ten player Jurgen Melzer on Monday night at the 2017 Australian Open. However, at the end of their first-round match, it was the Swiss Maestro who was victorious on Day 1 at Melbourne Park. Federer defeated Melzer in four sets 7-5, 3-6, 6-2, 6-2 to advance to the second round down under. Federer will next face Noah Rubin in the second round in what is an extremely soft draw through his opening rounds. Melzer entered the tournament nearly ranked 300th in the world while Rubin is barely in the top 200.

Federer spoke at a press conference after the win. He spoke about his serve and feeling nervous in the match, one that was his first tour-level match since losing to Milos Raonic at Wimbledon 2016:

“I thought my serve was on and off in the beginning, which surprised me a little bit…I think there were definitely some nerves there. I was feeling nervous once the match actually started. I was actually fine all day, warming up, in the warmup five minutes with Jurgen. I felt fine. Then I hit four frames in a row. It was like, ‘Whew!’ It’s not as easy as I thought it was going to be.”

Although the match did seem competitive at points, the dropped set against Melzer didn’t exactly make the contest a ‘scare’ for the Swiss Maestro. That’s especially the case given how quickly Federer was to shut the door after losing the 2nd set. If Melzer had played better from the 5-5 point in the first set, perhaps things would have been different for the Austrian. At the age of 35, he certainly does not appear as though his days in the Top 100 are over. Having won three qualifying matches, Melzer will gain about 45 spots with the post-Australian Open rankings to move up to about the World No. 250 or so.

Federer will now prepare for what should be a dunk against Rubin. In his interview, the former World No. 1 admitted to knowing “Not much” or “Almost nothing” about the American qualifier. However, Federer may yet face a very familiar opponent in the third round of the 2017 Australian Open. Tomas Berdych breezed through his opening match on Monday, winning the first set 6-1 before his opponent tapped out. If Berdych defeats Ryan Harrison in the next round, then that would set up a Berdych/Federer third-round match. Federer is 16-6 against Berdych, however, the Czech player has twice eliminated Federer from a Grand Slam draw.

Federer’s compatriot Stan Wawrinka also advanced on Day 1 at the 2017 Australian Open. Wawrinka’s victory was more about survival as he outlasted Martin Klizan, winning 6-4 in the 5th set. Klizan did not look sharp heading into the Australian Open, and the competitiveness of the match was surprising. Wawrinka is a tough read however as he did not look great in the opening rounds of the 2016 US Open before going on to win the title outright.

I think it’s safe to saw that Wawrinka will need to be very sharp when he faces his next opponent, Steve Johnson of the United States. Johnson has looked good to start the season as he beat John Isner last week in Auckland. Furthermore, the American won his first-round match in straight sets on Monday, suggesting that he’s in good form.