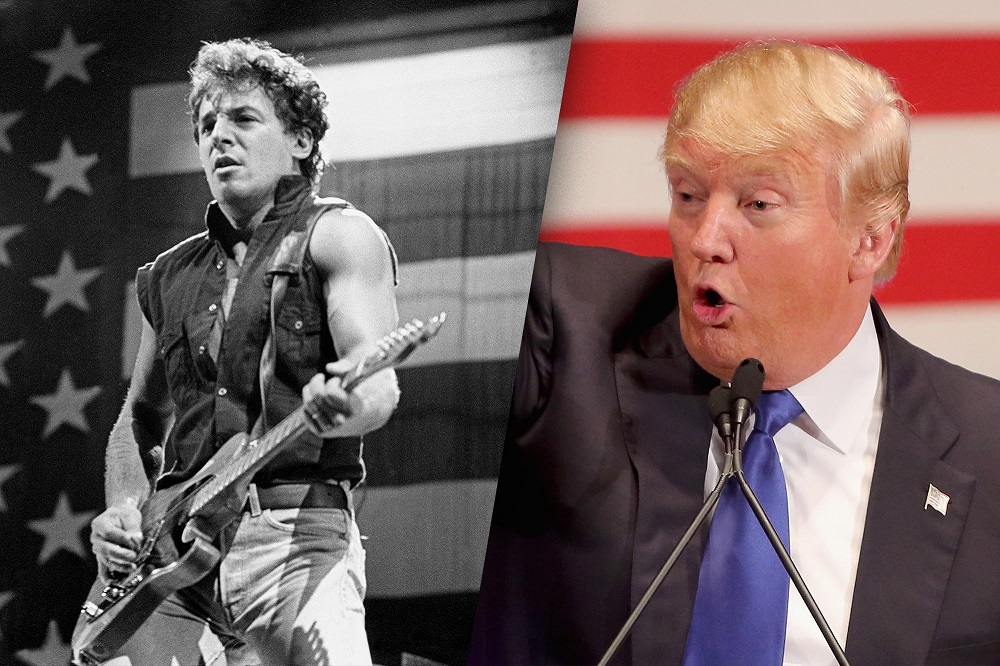 President-elect Donald Trump‘s inauguration is leaking talent as the B Street Band pull out in respect for Bruce Springsteen’s feelings about the Republican.

A Bruce Springsteen cover band has changed its tune about performing at a Washington gala the day before Republican Donald Trump’s inauguration.

The B Street Band decided to pull out of the Thursday night performance at the New Jersey State Society’s gala.

Band leader Willie Forte said Monday the decision was based “solely on the respect and gratitude we have for Bruce and the E Street Band. That conquers everything else.”

Trump’s inauguration is Friday, followed that evening by inaugural balls.

Springsteen has called the Republican president-elect a “flagrant, toxic narcissist” and has questioned whether he’s competent for the job. Springsteen performed during Democratic President Barack Obama‘s 2009 inaugural, and Obama presented him with the Presidential Medal of Freedom in 2016.

The B Street Band had drawn jeers on social media from Springsteen fans, accusing the band of abandoning the soul of the musician it’s made a career of following. As the attention reached national proportions, the band decided it was best to cancel the show.

“This whole thing just got blown out of proportion, which is a shame because (the NJSS) are good, nice people,” Forte said.

Forte said the show had been planned since 2013, noting that the band twice performed for the nonprofit, nonpartisan society at galas to mark Obama’s inaugurals.

The society’s executive director, Nancy Fatemi, said in a statement that the group was disappointed to learn of the cancellation, but “we understand the decision based on all the questions and attention this has brought to the B Street Band.”

Forte said he believes much of the criticism arose because people mistakenly thought the group was going to perform at Trump’s inaugural ball.

The New Jersey State Society brings together those with ties to New Jersey in the Washington area and sponsors networking events. Springsteen is from New Jersey.

Springsteen superfan Gov. Chris Christie and his wife, Mary Pat, are honorary co-chairs of the $225-per-person event. The Republican governor’s office did not respond to a question about whether they would attend.

Among those who spoke out against the band’s plans to play Thursday night was Democratic New Jersey state Sen. Ray Lesniak, who last week tweeted: “Shame on the #BStreetBand playing at #Trump’s inaugural. … They’ve profited from #Bruce now they’re abandoning the message in his music.”

“I understand it. We owe everything we have to Bruce,” Forte said last week. “But everything we’ve done because of Bruce has raised millions of dollars for charities.”

The B Street Band is composed of six “hard-working” guys and has been performing Springsteen songs for nearly 37 years, Forte said. It draws its name from the E Street Band, which has backed Springsteen since 1972.