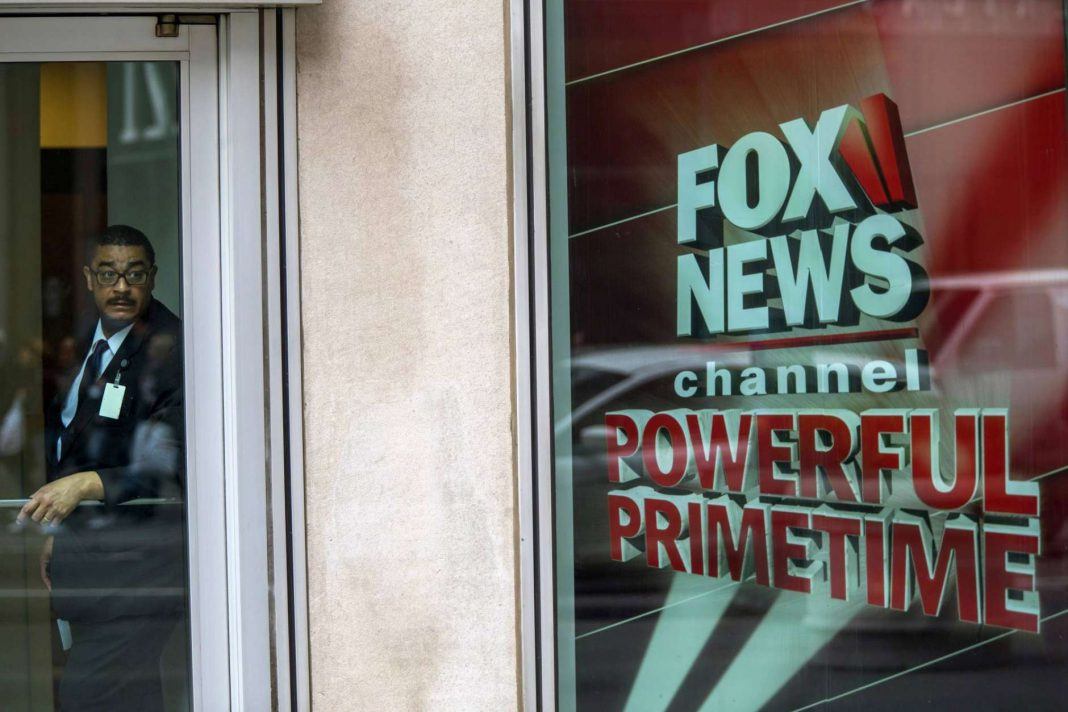 After the holiday weekend, FoX News is facing a very critical week for its future as it’s been knocked out of the top spot as the number one cable television news outlet. The bad news doesn’t stop there as the network is not only facing declining ratings but intense internal conflicts along with new controversies that keep coming.

The Fox News downward spiral hit last year when several female employees brought lawsuits against the network which led to the forced departure of Roger Ailes who died on May 18 due to a fall at his Florida home.

The sudden death of Fox News founder Roger Ailes won’t slow the march of litigation swirling around the network, legal observers and lawyers involved in the suits said.

Three new lawsuits by people alleging a hostile work environment were filed just days after his death at age 77. And while Ailes was a potential witness in some lawsuits, his absence is unlikely to matter much.

For one, the lawsuits – like most litigation – are likely to be resolved without a trial. And Ailes was never named as a defendant in the majority of suits brought in the last year by employees, former employees and others affiliated with the network.

In the few lawsuits in which he was personally named as a defendant or was considered a potential witness, lawyers said they planned to move forward without him. In one of those lawsuits, former Fox employee Andrea Tantaros, a onetime host of “The Five,” claims she was taken off the air after complaining that Ailes subjected her to unwanted sexual comments – an allegation Ailes denied.

Douglas Wigdor, who represents 23 former or current Fox employees suing the company, said Ailes was not a defendant in any of his lawsuits, which mostly pertain to claims over race, gender, pregnancy and workplace retaliation. Only a handful included allegations of sexual harassment, none of which involved Ailes personally.

Wigdor said that he might have called Ailes as a witness in race discrimination cases to testify about how he handled various matters, but that he wasn’t essential.

The network had already settled claims brought directly against Ailes. Before his death, Ailes denied the allegations against him. His lawyers did not respond to requests for comment.

Ailes was forced out of Fox News last July after former anchor Gretchen Carlson claimed he sabotaged her career after she spurned his sexual advances.

Then Bill O’Reilly was forced out last month after The New York Times reported that five women had received payouts of about $13 million from O’Reilly or Fox News after making claims of sexual harassment or other inappropriate behavior.

Fox News declined to speak on the record about ongoing litigation, but the network has taken steps to ensure complaints by employees are handled swiftly.

In one internal memo obtained by media outlets, Fox News Executive Vice President of Human Resources Kevin Lord wrote that the network has been giving employees sensitivity training for several months on subjects including sexual harassment and racial discrimination. That training has included information on how to file workplace complaints confidentially.

Federal prosecutors declined to comment on what effect the death might have on a separate investigation into how 21st Century Fox handled settlement payouts reaching into the tens of millions of dollars. A spokesman at 21st Century Fox also declined comment. The company has said in the past that it is cooperating with the probe.

The most recent court action in the civil cases came Wednesday, when Fox asked a court to throw out Tantaros’ suit, saying its claims the network had her under surveillance were “at best, a paranoid fantasy and at worst, a deliberate hoax.”

Burstein claims he has evidence supporting the allegations. He declined to speak about how Ailes death might impact his case.

If any cases went to trial, the plaintiffs possibly might have benefited from having Ailes to call as a witness, said attorney David S. Ratner, who isn’t involved in the Fox litigation.

“Ailes’ story has gone to the grave with him,” he said.

The fact that 21st Century Fox opted to settle claims that directly involved Ailes suggested a lack of faith in his ability to help disprove them in depositions or on the witness stand, said Joanna Grossman, a professor of discrimination and gender law at SMU Dedman School of Law.

“My guess is he wouldn’t have been a very good witness for Fox,” Grossman said.