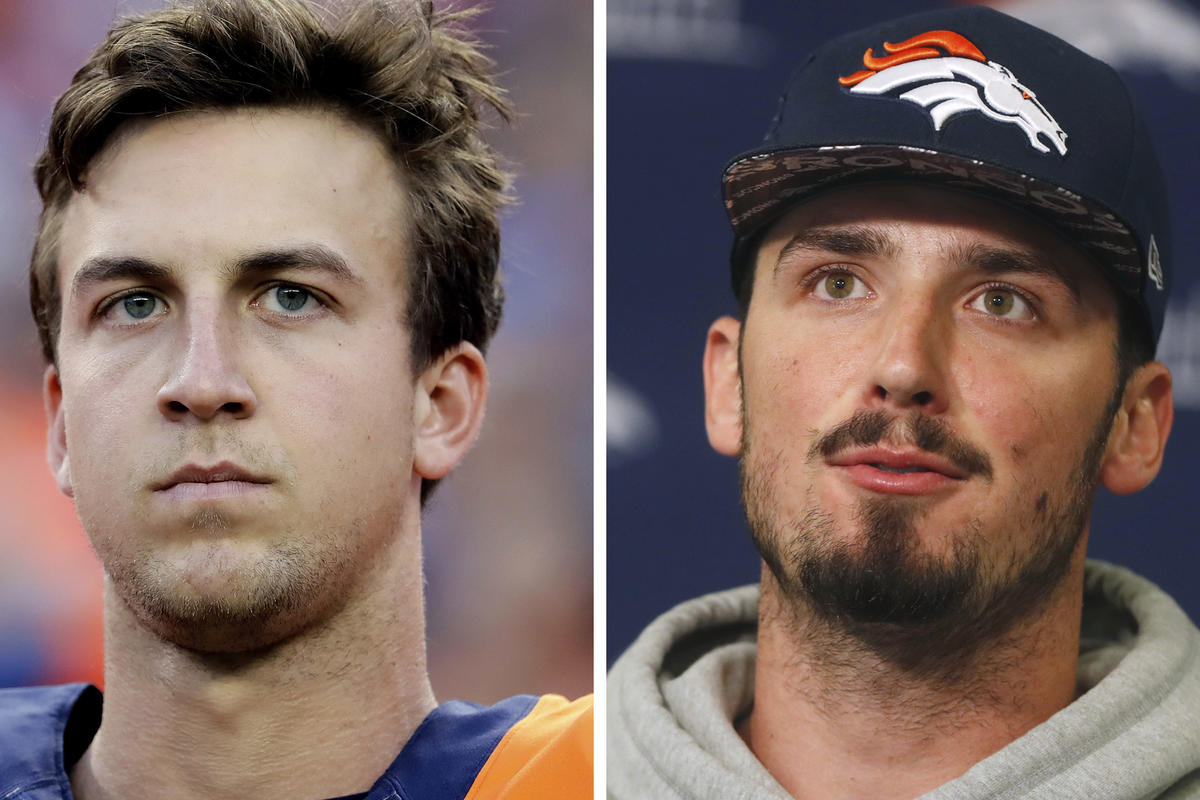 In the competition between quarterbacks Paxton Lynch and Trevor Siemian, the Denver Broncos are talking a good game of being nonpartisan, but it’s pretty obvious who they want to win.

In 2016, the used their first-round pick on Lynch so their investment has been made, and they want to see some rewards.

This offseason’s biggest position battle is again in Denver, the quarterback-crazed city where John Elway and Peyton Manning both left the game caked in confetti and continue to cast long shadows.

The Broncos, a team with a dazzling defense and ambitions of a deep playoff run, must decide which young quarterback will lead them in 2017: gifted first-rounder Paxton Lynch or egghead seventh-rounder Trevor Siemian.

New coach Vance Joseph declared at his introductory news conference he would hold an open QB competition between Siemian, the incumbent, and Lynch, his backup.

Yet the team’s fortunes rest largely on the winner of this second straight summer quarterback competition.

Siemian emerged as Manning’s surprise successor last summer, beating out both a raw rookie and an erratic veteran, Mark Sanchez. Siemian proved both impressive and inconsistent.

On the one hand, he threw for 3,400 yards and 18 TDs while going 8-6 despite a porous O-line, bland play calling, a battered backfield, and injuries to his left shoulder and right foot. He also had a habit of taking the check-down on third-and-long and not dumping it off in time to avoid big hits.

Lynch proved the poster boy for this latest wave of spread quarterbacks who aren’t quite as ready for the pros as the wide receivers, defensive backs and edge rushers spawned by college football’s latest trend. Bogged down by a complex playbook and fixing his footwork, Lynch went 1-1 in two starts and threw for 500 yards with two TDs and an interception in 10 quarters of work.

Neither Siemian nor Lynch did enough to avoid another QB conundrum in Denver, where the question of who’s leading the competition reverberates on the radio shows like a daily visit to the optometrist. Is it one or two?

On Day 1 of OTAs last week, Siemian was clearly sharper, but he was working with the 1s on the depth chart. On Day 2, when the media weren’t allowed to watch, the team’s website posted a blurb saying Lynch “showed good decisiveness as the pass rush bore down on him.” It added that Lynch “also scrambled for a solid run after he quickly stepped out of pressure from the edge from Von Miller and Shane Ray during a team period late in practice.”

That was good news for Lynch supporters because Joseph has said the primary factor that will separate the two quarterbacks is making the right lickety-split decisions.

Although neither quarterback’s 2016 season was enough to avoid another summer of open competition, both see last season’s experience as invaluable.

“Well, I played. You can’t substitute those reps and I learned that pretty quickly,” Siemian said. “I think even toward the end of the year … the game just felt a little easier for me, I saw things a little better.”

Said Lynch: “The fact that I’ve had a year to adjust” to the NFL, “and go against our defense for a year is really going to benefit me.”

After the Broncos finished 9-7 and missed the playoffs for the first time since Elway joined the front office in 2011, Siemian immediately underwent surgery on his left shoulder so he wouldn’t miss any of the offseason program. Lynch hurried to work with quarterback fixer Charlie Taaffe to iron out flaws in his footwork.

The Broncos just completed their first week of offense vs. defense drills, and McCoy became the first coach or executive this offseason to describe Lynch’s strengths in terms that didn’t focus solely on his physical traits. Before, it was always praise for Siemian’s acumen and accolades for Lynch’s talents.

“He’s very athletic, and you love his size with his ability to sit in the pocket and see the whole field,” McCoy said, speaking excitedly about Lynch. “He’s just poised in the pocket and throws those comebacks and out route effortlessly.”

For the next few weeks, and certainly for a while in training camp, the quarterback competition will be split right down the middle, with each QB working with the starters every other day.

FIRST-ROUND STATUS: Even though Siemian showed flashes last season, the Broncos are giving Lynch every chance to win the job a year after Elway moved up five spots to select him with the 26th overall pick. In doing so, he outmaneuvered Jerry Jones, who had his eyes set on Lynch, not Dak Prescott. Prescott would lead the Dallas Cowboys to the NFC’s top seed behind the league’s best offensive line last season.

Lynch never really challenged Siemian last summer when the 250th overall pick in the 2015 draft parlayed his yearlong apprenticeship under Manning and Brock Osweiler into the starting job. Siemian only gave way when he was hurt. Lynch beat Tampa Bay but lost to Atlanta in his two starts.

Lynch said he won’t get caught up in who he’s throwing to or against.

“To me, it’s pretty different, but I feel like it fits more of how I play, and I’m more comfortable in it,” Lynch said.

“You’re five yards back, you catch the ball and can kind of see what’s going on,” Siemian said. “There are definitely benefits from being under center; the run game, play pass and all those kinds of things. Selfishly though, I think any quarterback you talk to will say they want to be in the gun.”