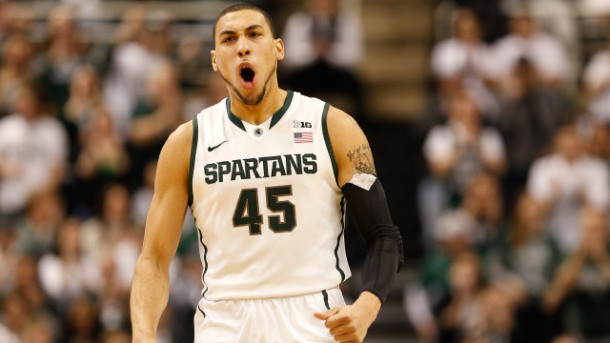 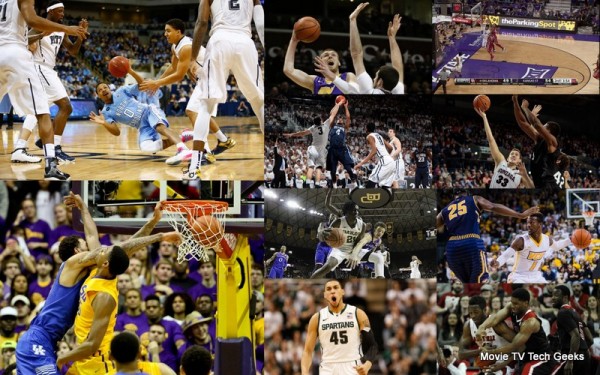 Another of college basketball’s greats, Jerry Tarkanian best remembered as the head coach at UNLV in the 1980s and early 1990s, passed away this week. Tarkanian amassed 706 wins in 31 years of coaching winning 20-plus games in every season but two. The game of college basketball was revolutionized by Tarkanian’s up-tempo, pressure that helped his 1990 team win the NCAA Tournament. Tarkanian’s death on Wednesday came amongst one of the most competitive weeks of the 2014-15 season. 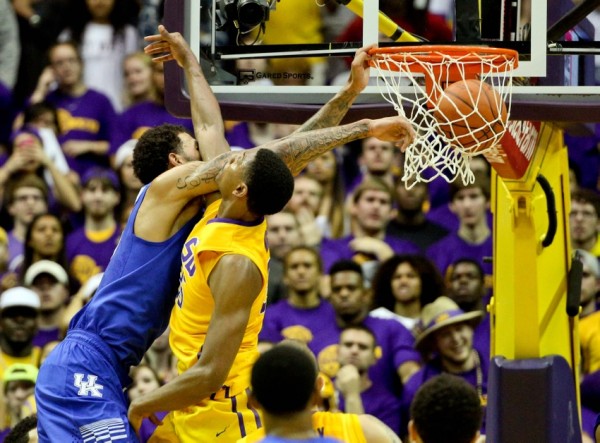 Head coach John Calipari and the Wildcats continued their waltz through SEC play with wins over LSU and South Carolina. The Tigers (18-7) gave Kentucky a run for their money before Karl Anthony-Towns hit the go-ahead bucket in a 71-69 Wildcats victory. Anthony-Towns scored 12 points and grabbed 13 rebounds in the win on Tuesday. Kentucky went on to roll over South Carolina, 77-43, on Saturday. Calipari’s squad is now 25-0 with five regular season games remaining. The Wildcats, of course, remained atop that latest AP poll. 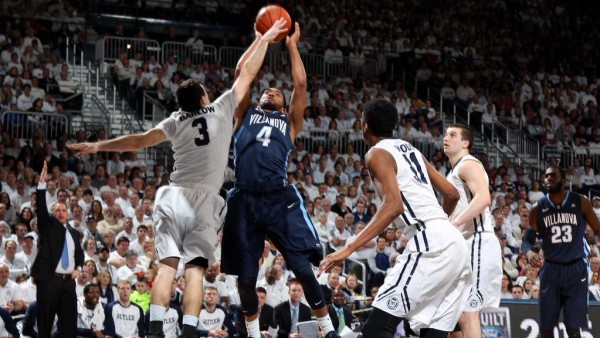 Saturday was full of matchups featuring ranked teams beginning with the Big East’s No. 6 Villanova and No. 18 Butler. The Bulldogs have been one of the nation’s hottest teams as of late and took the Wildcats to wire only to fall on a last-second 3-pointer by Darrun Hilliard. Villanova went on to win 68-65 and take a two-game lead over the Bulldogs in the Big East standings. At 23-2, Villanova is a likely No. 2 seed in the upcoming NCAA tournament. With the loss, Butler dropped one spot in the AP poll to No. 19. 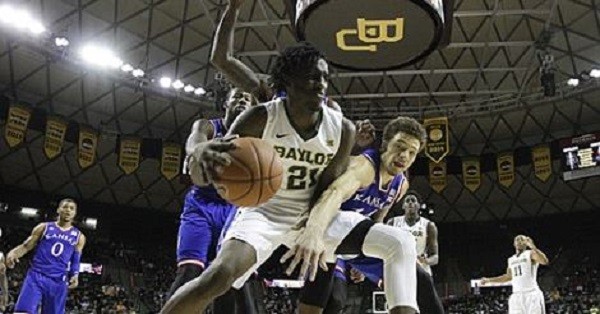 Two other ranked matchups took place in the Big 12 with No. 8 Kansas taking care of No. 20 Baylor, 74-64. Perry Ellis scored 18 points to lead the Jayhawks and joined the 1,000-point club in the process. Kansas beat Texas Tech earlier in the week to rebounds from their loss the week before to Oklahoma State. The other Big 12 contest saw No. 14 Iowa State roll past No. 23 West Virginia, 79-59. It was the Mountaineers third loss in their last four games. It won’t get any easier either. Of West Virginia’s final six opponents, only one is unranked.

A Saturday Full Of Upsets 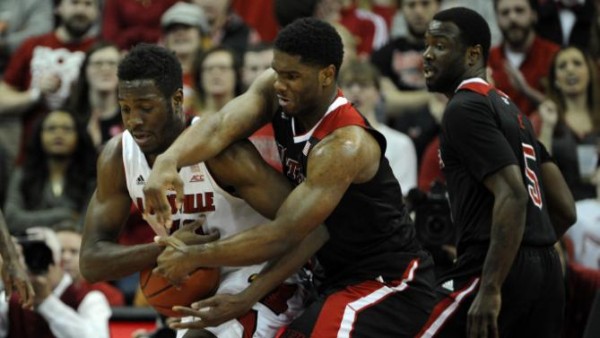 Saturday also saw a series of upsets starting with N.C. State’s 74-65 win over previously ninth-ranked Louisville. Sophomore point guard Anthony Barber poured in 21 points as the Wolfpack finally pulled out a victory, a huge win over the Cardinals. N.C. State (15-11, 6-7) had lost five of its last six games all by five points or less before getting over the hump on Saturday. 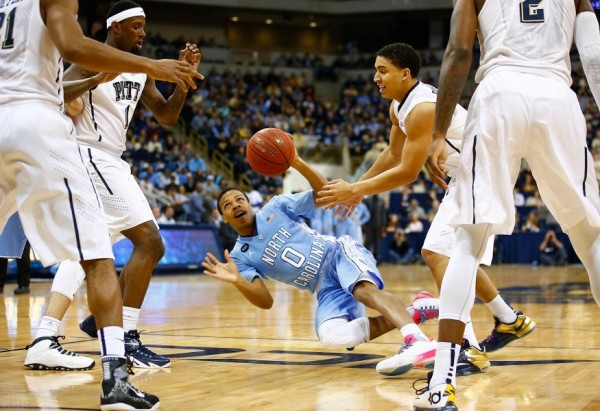 Also in the ACC, Pittsburgh scored the game’s first 10 points and never looked back in an 89-76 win over No. 15 North Carolina. The Panthers shot an unbelievable 37-of-57 (65 percent) from the floor. Six different Pittsburgh players scored in double figures as the Panthers moved to 17-9 overall. 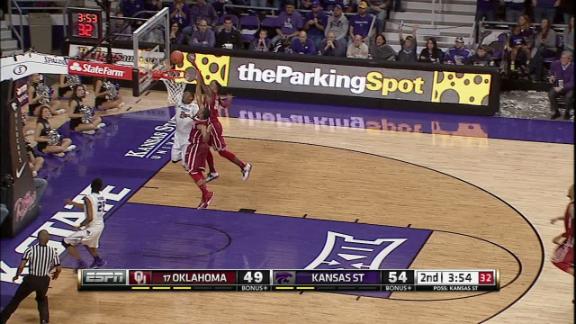 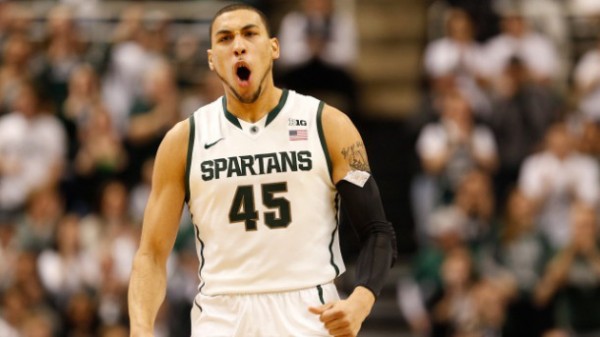 Ohio State dropped a spot in the polls to No. 24 after the appropriately named Denzel Valentine nailed a 3-pointer with 3.2 seconds to play to lift Michigan State to a 59-56 win over the Buckeyes on Saturday, also Valentine’s Day. The Buckeyes are the lowest of three ranked Big Ten schools. Wisconsin, No 5, recorded wins over Nebraska and Illinois to move to 23-2, the school’s best start ever. No. 16 Maryland defeated Indiana and Penn State to go to 21-5 overall, 9-4 in the Big Ten. The Terps are currently tied with Purdue (17-9) in conference play. 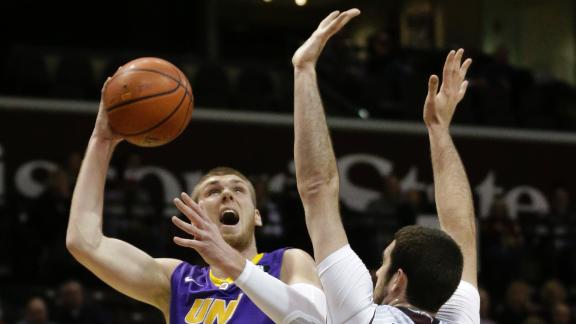 Several mid major schools continued their winning ways. Northern Iowa moved up to No. 11 with wins over Illinois State and Missouri State in the Missouri Valley Conference. It appears the Panthers, now 24-2, are headed toward an end-of-year showdown with No. 13 Wichita State. Both schools will make the NCAA tournament, but it will be interesting to see if either school can obtain a No. 2 or No. 3 seed. 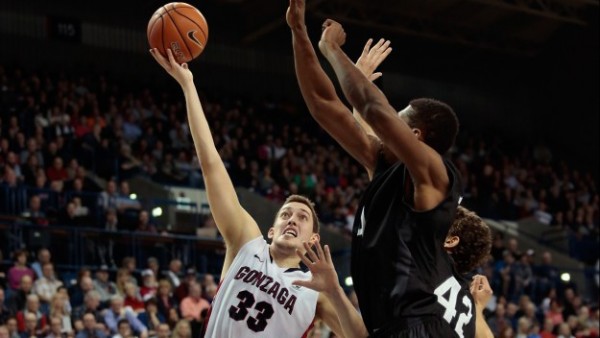 No. 3 Gonzaga won its 18th and 19th straight games with easy wins over Loyola-Marymount and Pepperdine. The Zags are unbeaten, 14-0, in West Coast Conference play. Head coach Mark Few’s squad does have games with second-place Saint Marys and third-place BYU remaining. 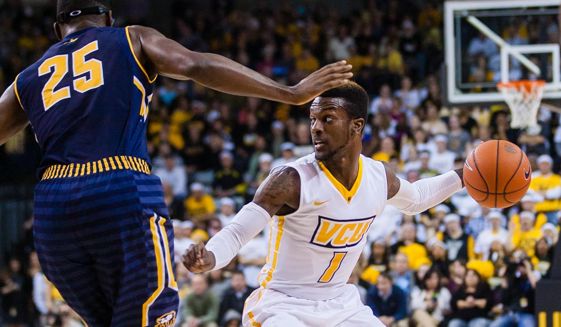 Virginia Commonwealth remained in the Top 25 at No. 25 despite a loss on Wednesday to LaSalle. The Rams gave up 34 points and 18 rebounds to Jordan Price in a 74-69 overtime loss. VCU recovered to defeat George Washington on Saturday.