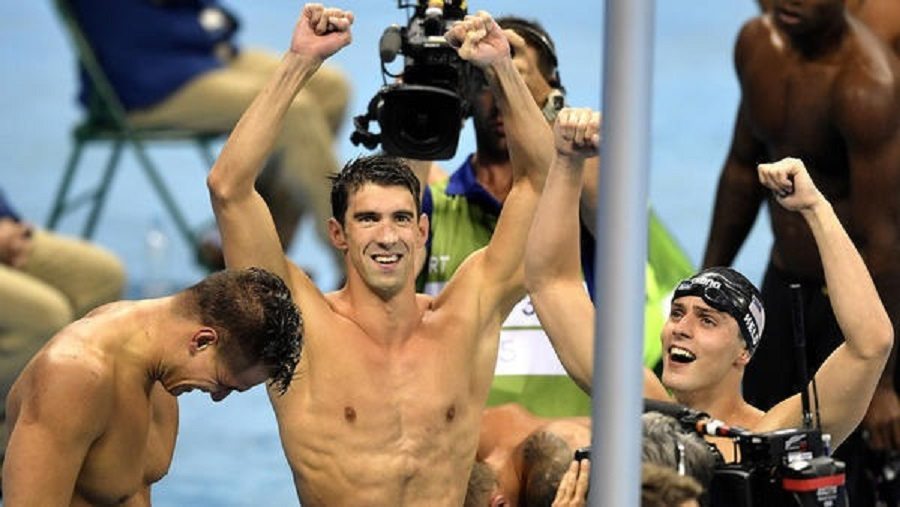 Michael Phelps and Katie Ledecky already took gold on Day 2 of the 2016 Rio Olympics, and there’s more for them to grab up. Day 3 of the Rio Games features medal action in gymnastics, swimming, fencing, women’s rugby, judo and more. Here are some things to watch (all times local):

A day after adding a record 19th gold medal to his collection, Michael Phelps swims in preliminaries of the men’s 200-meter butterfly at 1:44 p.m. He holds the world and Olympic records in the event.

American Katie Ledecky crushed her own world record in the 400 freestyle Sunday night, touching nearly 5 seconds ahead of her closest pursuer, and now focuses on the women’s 200-meter freestyle. Heats start at 1:02 p.m., with world record holder, Federica Pellegrini of Italy, going in the fourth and Ledecky in the fifth.

The men’s 200-meter freestyle finals are slated for 10:21 p.m. after semifinals Sunday. Germany’s Paul Biedermann holds the world record and is competing in Rio.

After routing Senegal and setting Olympic records in points, margin of victory and assists, the U.S. women’s team next faces Spain at 12 p.m. The game is expected to be a bit closer than the 121-56 dismantling on Sunday.

The dominant USA men’s basketball team takes on Venezuela at 7 p.m. after Saturday’s romp over China, 119-62. Earlier in the day, Serbia faces Australia. Tip is at 2:15 p.m.

History will be made as U.S. team member Ibtihaj Muhammad becomes the first American to compete in the Olympics wearing a hijab. She makes her Olympic debut at 11 a.m.

Women’s sabre medals begin with the bronze bout is set for 5:15 p.m. and the gold for 5:45 p.m. Russia’s Sofya Velikaya and Ukraine’s Olga Kharlan are among those to watch.

The men’s team finals start at 4 p.m. While Japan has been a favorite, the team looked shaky in preliminaries. They won the world championships last year in Glasgow and finished second to China in both the 2014 worlds and the 2012 Olympics in London.

After a midnight Saturday win over Australia that took only 35 minutes, Kerri Walsh Jennings and April Ross square off against China’s Yuan Yue and Fan Wang at the same time Monday.

Medals in rugby will be awarded for the first time in 92 years as the top four women’s sevens teams in the world — Australia, Canada, Britain and New Zealand — compete. The finals for the women are at 7 p.m. following the bronze medal match at 6:30 p.m.

Women and men compete for medals in the lightweight divisions (57kg and 73kg, respectively), with bouts taking place through the day.