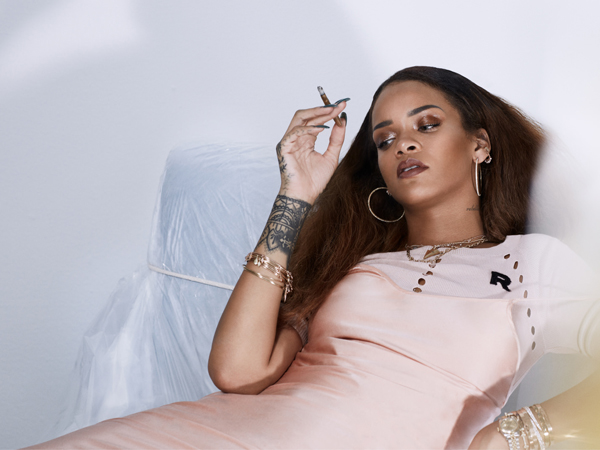 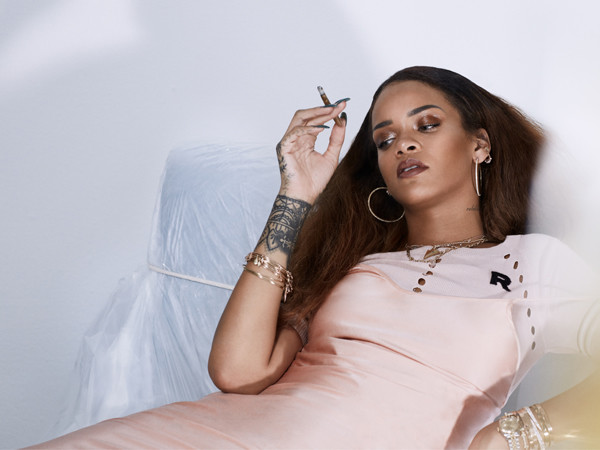 This week’s celebrity gossip kicks off with Rihanna appearing on the November 2015 edition of Fader Magazine’s cover. Some of the photos of her that appear in the magazine were taken by Rihanna herself. The photos feature a customized range of pink sleepwear.

In December Mariah Carey’s very own lipstick will debut on the market. The lipstick is being offered for a limited time only. Starting next year MAC Cosmetics will carry a full line of Mariah Carey cosmetics.

With the upcoming United Nations World Food Day, Liu Wen, Lily Aldridge and Candice Swanepoel all posed for photos to promote the Watch Hunger Stop Campaign currently being run by Michael Kors. Both watches and t-shirts were created to promote this campaign, and are worn in ads for the campaign. Kors released a statement to the press saying that the campaign has helped feed millions of needy children.

Paris Fashion Week is currently taking place and Alessandra Ambrosio made an appearance at one its official events. Never one to rest in between appearances, Ambrosio will also be heading to next week’s taping of the 2015 Victoria’s Secret Fashion Show to walk the runway. 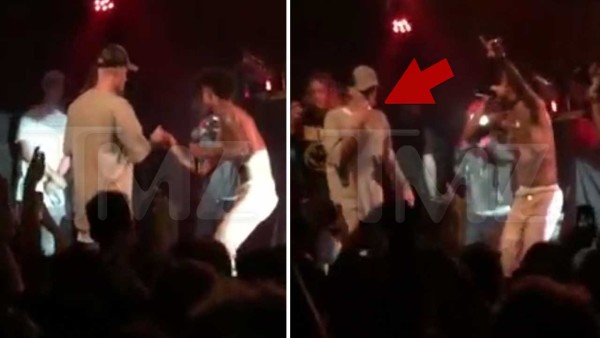 In trouble as always, Justin Bieber showed up at a concert in New Zealand last week and it was obvious he was intoxicated. His appearance on stage at the concert was a surprise to those in attendance. He reportedly took a joint out of the hand of one of the band’s musicians and openly smoked it in front of the audience.

Variety Latino recently held an awards show where they recognized Eva Longoria as one of this year’s 10 Latin ladies to watch. She was presented with the Visionary Award as an aspiring Latino woman to other artists. Eva Longoria stated that this award is helping people all over the world recognize the ways in which Latino artists contribute to the world.

Newly single Miranda Lambert recently adopted a kitten. She posted a picture of herself holding the kitten and put it on her Instagram page. Miranda posted that she adopted the kitten after a friend of hers found it on an Arkansas highway.

Jennifer Lawrence is expressing her displeasure with the thought of Donald Trump becoming the next President of the United States. In a recent Entertainment Weekly interview Lawrence said that the world will come to an end if Trump is elected. She said Trump is too politically incorrect to represent this country. Her Hunger Games co-stars have stated that they agree with her opinion on Trump, with one of them speculating that Trump’s presidential bid has to be a publicity stunt.

On a recent Howard Stern show appearance Emily Blunt lived up to her name when she spoke candidly about her former relationship with Michael Buble. After Stern mentioned that she and Buble had been the perfect couple, Blunt quickly shot down the idea, as she is now the wife of John Krasinski. Blunt did admit that she loved Buble’s family when they were together and that she still loved them.

Kendall Jenner is appearing on the cover of the fall of 2015 edition of Vogue Japan. During the photo shoot for the magazine Jenner donned outfits by designers such as Versace and Prada.

Not to be outdone, Kate Winslet is also appearing on a magazine cover. Her WJS magazine cover story delves into the struggles Winslet has had with relationships over the years. She said life had dealt her cards that saw her and her non celebrity friends get married and divorced more than once. She said no one really knows what has happened to her, or why her first two marriages ended in divorce.

Blake Lively is shutting down her lifestyle website. She said that the she is taking the site down because it was never able to achieve the mission she had set for it. Blake and her team are not proud of the website and have determined that the website wasn’t making a difference to anyone, so continuing to run it would be pointless.

On a recent appearance on the Ellen Degeneres show, Kim Kardashian talked about how she was trying to convince husband Kanye West that the baby she is pregnant with should be named Easton. She denied rumors that the baby’s name will be South, as their first born is named North.

In the midst of any ugly divorce Brian Austin Green has publicaly stated that he wants to receive spousal support from soon to be ex-wife Megan Fox. The official explanation for their divorce is irreconcilable differences and they want to share physical custody as well as joint custody of their two kids.

Naya Rivera recently gave birth to her and husband Ryan’s first child. The baby was born last month and the couple had kept it quiet until now. A source close to the couple reported that Naya’s pregnancy and birth were uncomplicated and the two are enjoying being parents.

Recently in London, Robert Pattinson took a picture with a fan at the Shoreditch House. The fan’s father later posted the picture on Instagram and said that Pattinson was nice to his child. 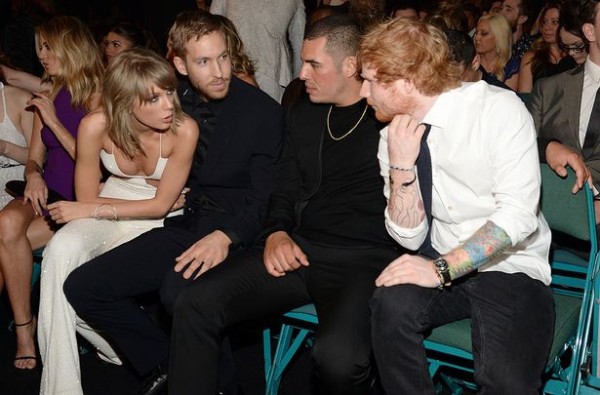 Taylor Swift is battling rumors that she secretly bought a mansion and married boyfriend Calvin Harris. She took to her Twitter account this week to shoot down those rumors, siting the only thing she’s been doing lately is concerts.

Amanda Seyfried and Justin Long recently ended their romantic relationship. The couple had been together two years and Long was supposedly looking to get married, while Seyfried wasn’t interested. This comes as a surprise after Seyfried stated only two months ago that she wanted a baby before her eggs die.

Wrapping up this week’s celebrity gossip is the surprising news that controversial singer, Nikki Minaj is getting her own TV show on ABC Family. The show is set to be filmed in Queens, New York, where Minaj grew up. Her rise to fame is the show’s premise.