Family during the holidays can be very stressful, but here are some great tips to set your boundaries without feeling guilty.
Read more
Movie News

Supernatural ended its 15 season run with Carry On, a very emotional episode that truly affected FangasmSPN in a two-part review that bids adieu to the SPNFamily's longtime friend.

Buying beats can be worth the search as Lil Nas X did for his megahit Old Town Road.
Home All News RHOA Ep 13 Season 7: Apollo Gets Ready For His New Home 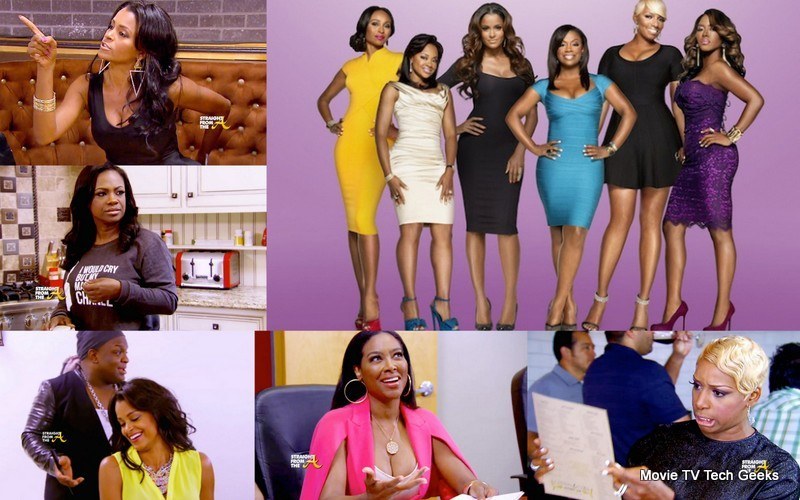 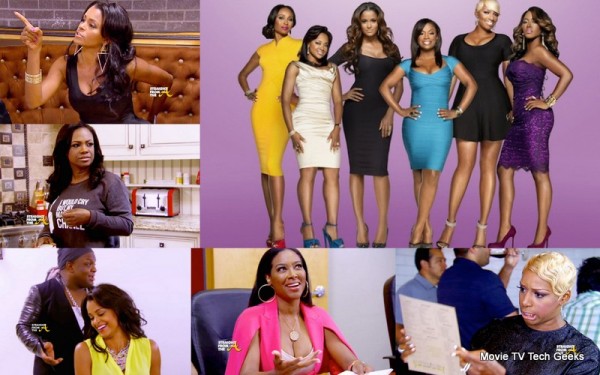 Here we are another week another round of the Real Housewives of Atlanta bougie black women whose claim to fame is a reality TV show. We missed last week because of the Super Bowl (go Patriots), but that didn’t stop the drama one bit. 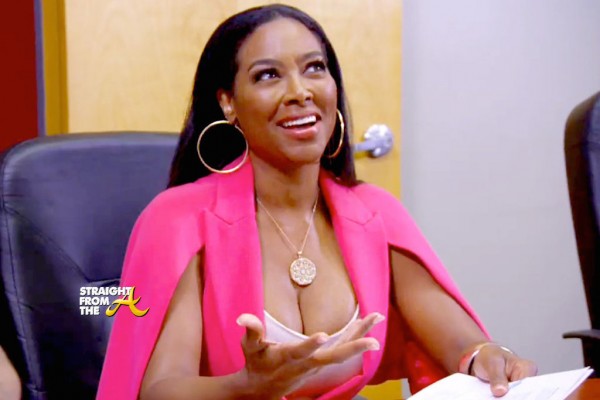 This week, Kenya meets with Roger Bobb because she is ready to back into acting (yea because that’s something you do). This girl is probably the most full of herself out of all these chicks. She brings three scripts that are “loosely based” on her life and the way the characters are written, she throws shade at everyone from NeNe to Porsha and of course, paints herself as the pretty, fabulous, awesome victim. She has her little heart broken, though, when Roger tells that he is not going to be able to be there a lot if they do the show because he is doing two shows in Los Angeles. She does not like the sound of that (it shows all over her face) and says during her confessionals, “I am not Demetria, I need him to be at my beckon call, 24 hours a day seen days a week.” Girl bye. Furthermore, you know you are not that talented and your “good looks” are fading. I can understand wanting to capitalize on it while you can, but looking to have Eddie Murphy as the lead. Pa-leeeese.

She then meets with her manager to tell him how Roger is not delivering. She doesn’t “have time to wait,” because “people wait on me.” Bitch come on. Grow the fuck up and realize you ARE NOT the center of the world. She pretty much gives up on Roger being a part of the project. She and her manger decide to do it all themselves. Yea, because you have such a viable product. I can’t. 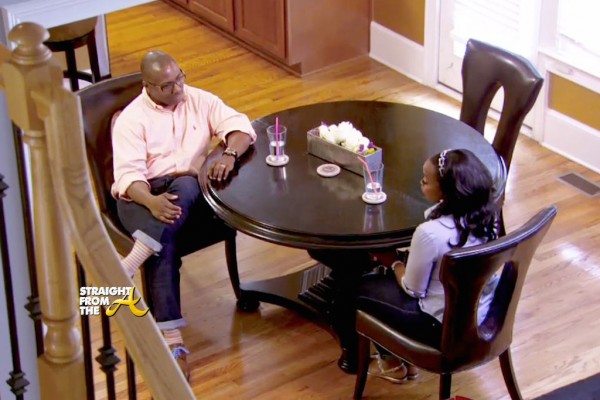 Phaedra visits a shrink, Dr. Gregory, to see how best handle how to best explain to her children that Apollo is going to fail. He tells her that she needs to make sure she takes them to see him and she is not cool with that. Apollo also visits his lawyer who says that if Phaedra tries to keep his boys from him, they will go to trail and fight for him to see his kids. This is a very difficult situation because she doesn’t want her boys to think that going to jail is acceptable. I feel you girl, but you have to make a choice soon.

RELATED NEWS
'Supernatural' 15.19: Did Inherit the Earth give fans a happy ending?

Back at the house, Pastor Regina comes over and Phaedra tells her all that Apollo has been doing like threating to burn the house down. Her mom tells her that she is not going to stay in a house with a potentially crazy man. She says until Apollo redeems himself, she needs to take herself and the kids out of the situation. Pastor Regina pulls her mom card and tells her “get your stuff and let’s go.” 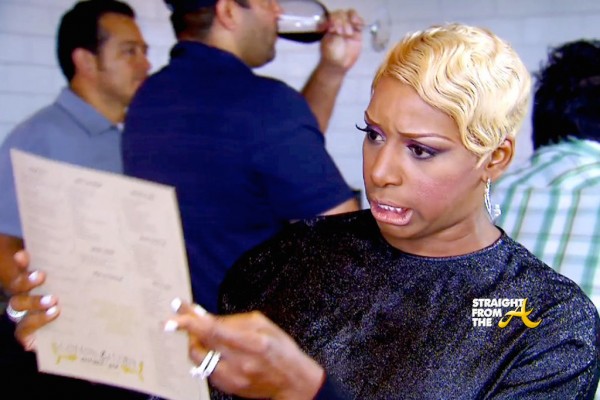 Next up is NeNe or NaNa, hell I you don’t know from day to day with this chick. She meets up with Porsha who wants to talk about her Dish Nation party and how Claudia was invited. Since the two works together on the Ricky Smiley show, of course she was invited. Porsha sends out warning that “she definitely can’t come to Atlanta and come for me, I was born and raised.” 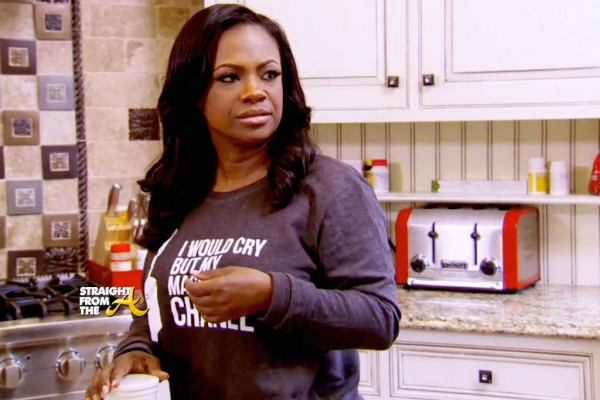 Kandi is hit with the blow that her play “A Mother’s Love” is being shut down due to low ticket sales. She is upset because she feels that had she should handle the logistics and not given her control to a promoter, this would not be happening. Todd tells her that this is a lesson to know how to do better for next time by doing their homework and not move so fast. You can tell he was trying to say the right thing, and wound up putting his foot in that mess when we saw the look on Kandi’s face. He had a point, trying to be the typical man and explain what went wrong when Kandi just didn’t feel like hearing it right then. We’ve all been there! 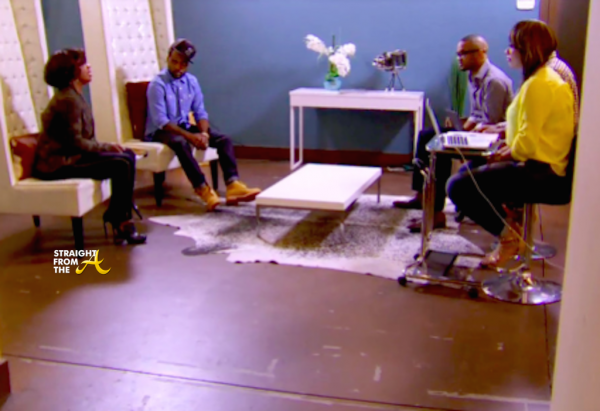 She then meets with her assistants at the Kandi Factory. “The tour is cancelled.” She tells them that the promoter is not financially prepared. They make fun of Todd (who is sitting right there by the way) saying that “maybe it was a scheme that Todd set up for them to come to you with the bull shit.” Hmmmm sounds familiar. Her assistants obviously don’t think that highly of Kandi’s man. I don’t understand why she just sits there and lets them talk about him. That aint cool. I’m wondering what’s going to happen with that since they’re really being disrespectful. We all know that Todd’s mom has passed, and I’m wondering if that will get in this season. I think seeing them gang up on him like that knowing what’s coming down the road makes me feel for him. Especially after all the abuse Mama Joyce has put on him. I’ve not missed her mug one bit the past week. 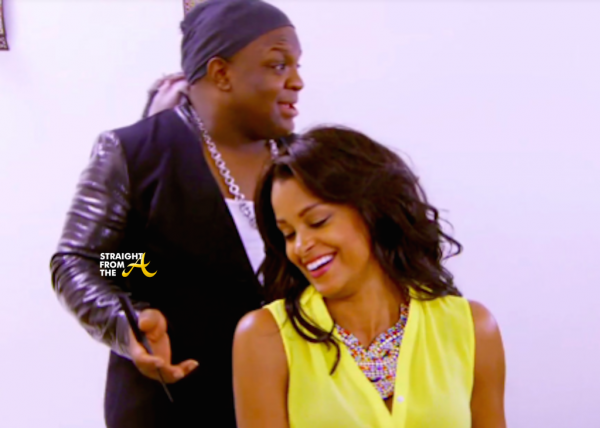 Then there is Claudia who meets with Derek J, the celebrity stylist. She decides that she is going to go to Porsha’s Dish Nation party because they all work for Ricky. I am so team Claudia. She is real and up front. She calls Derek over to help her get the perfect weave (because that’s the thing for women in Atlanta) so she can look her flyest. 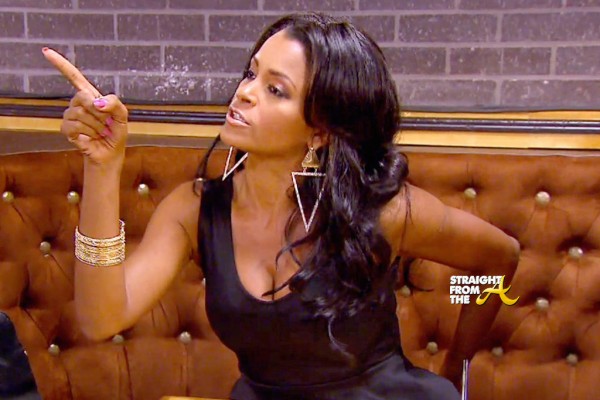 Then we come to the Dish Nation Party. Claudia walks through the door to Porsha’s disgust. She finds it “really tacky” that she would show up. Porsha is another RHOA that needs to grow the fuck up. Claudia takes her seat with some other Ricky Smiley crew members. She knows that she is the elephant in the room. Porsha stands by her booth and Claudia calls her over so the two can chat. The bitch interrupts what Claudia is saying to tell her that she has the gift of discernment and can feel when negativity is about to show up. Um… who talks like that? What, you’re a prophetess now?  Claudia does try to be the bigger person her and Porsha, who is on her “everything is all about me” cloud doesn’t want to hear anything and says the things Claudia said to her in Puerto Rico are unforgivable.  “There’s nothing fake about Porsha Williams.” Where do we even start? Ugh she is just too much.

Each week, the level of these women’s conceit and pettiness amazes me. All I keep thinking is “this can’t be real life.”