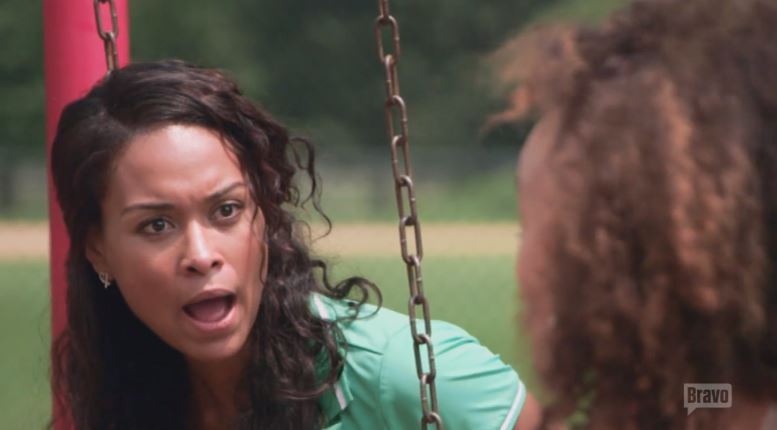 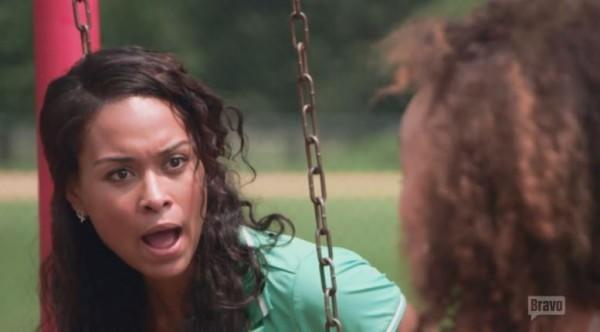 The Real Housewives of Potomac returned after a short hiatus for its fourth episode, “Desperately Seeking Marriage.” This week’s episode showcased a more vulnerable side Charrisse as she reveals the truth about her marriage. Meanwhile, Katie does some renovating while Ashley lands herself in some hot water after she confesses to doing some googling about the other ladies.

Thus far the show has mainly been focused on the conflict that has arisen between the ladies. However, this week we got a glimpse of some of the issues and conflict going on in Charrisse’s personal life. Surprisingly Charrisse decided to come clean to her friend Brynee about her loneliness and unhappiness in her marriage. Brynee tries to offer Charrisse comfort and support as she went on to explain that she is struggling to keep her long-distance relationship with her husband alive.

Charrisse is married to Eddie Jordan, who unfortunately works in New Jersey as the head basketball coach at Rutgers University. Therefore, Charrisse has had to take over pretty much all of the duties surrounding the care of their two kids. Over drinks, Charrisse breaks down while talking about how different their lives are from when they first met. She explains, “Now, we have a lot of things, but I would do anything right now to just go back to the basics.” This is definitely not something I would expect to come out of her mouth as in the previous 3 episodes Charrisse has shown her passion for living the high life amongst other elites in Potomac.

In the past Charrisse has maintained a chillier demeanour as she is constantly criticizing others’ lack of etiquette. In contrast, this week we see a glimpse of her vulnerable side, as she felt the need to open up about her rough personal situation. She even went as far as saying, “[Eddie’s] life is his job, and I’m the mistress…I don’t even know if I’m the mistress, at the mistress gets something. Now I’m just trying to figure it all out because I don’t really know where this road is going for me.”

Although Charrisse is still married to her husband, it seems as though this doesn’t quite mean what it used to in terms of their relationship. Over the past few days, she has posted numerous pictures to her Instagram page, showing her and her two kids hanging out at the NBA All-Star Weekend in Toronto. However, Eddie is noticeably missing from the family affair. 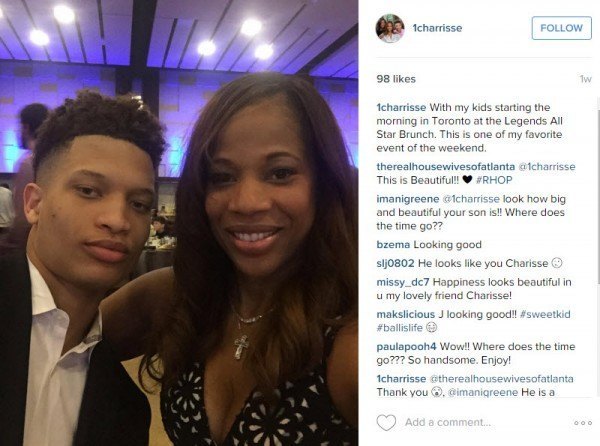 Meanwhile, the other big drama of the night came courtesy of newcomer Ashley Darby. Ashley decides to open up to her thought-to-be new friend and confidante Katie. Ashley tells her that she actually did her research and googled all of the women before she met them. In confessional Ashley justifies her actions saying that she wanted to know some of the other women’s backstories so that she knew, somewhat, what she was in for.

From her Internet investigation, Ashley uncovered several facts about the ladies. For one, she found out that Katie used to date business mogul Russell Simmons (and is still very good friends with him, Katie can’t help but add). Next she goes on to reveal that she found out some extra juicy information about their fellow housewife Robyn. Ashley explains that apparently Robyn’s home, where she lives with her kids and ex-husband, is facing foreclosure as they are having pretty serious financial problems.

Later on, while attending Ashley’s cat-themed 27th birthday party, Katie somehow thought it would be a good idea to spill all of what Ashley told her during their private conversation. Katie proceeds to tell all of the housewives that Robyn is apparently in a serious financial crisis, which is obviously shocking considering how she portrays herself in the elite community.

Needless to say, Robyn catches wind and decides to confront Ashley. Fortunately, the ladies are able to remain cordial for the most part, but Ashley has definitely established herself as the troublemaker amongst the ladies. However, it wasn’t all drama for Ashley, as her husband Michael surprised her with a brand new Porsche later on in the night.

The next day Robyn is seen discussing the whole Ashley googling incident with the other ladies while hanging out at Charrisse’s. Here, Robyn criticizes Ashley and tells the women that she believes that Ashley was trying to cause drama and make a mockery of her unfortunate situation.

The episode also features Katie doing some renovations on her home without telling her long-term boyfriend Andrew about them. This was extra sly as she ended up turning his gym into a “Mrs. Room.” However, I think she was able to make up for it when she packed on the PDA with him at Ashley’s party (which prompted many of the other “proper” ladies to roll their eyes and pass ample judgement).

And that’s it for this week.

You can catch more Real Housewives of Potomac when it airs on Bravo next Sunday, February 21.

Gizelle steps out with a new man while Katie takes some major heat for her PDA-filled night at Ashley’s 27th birthday party.