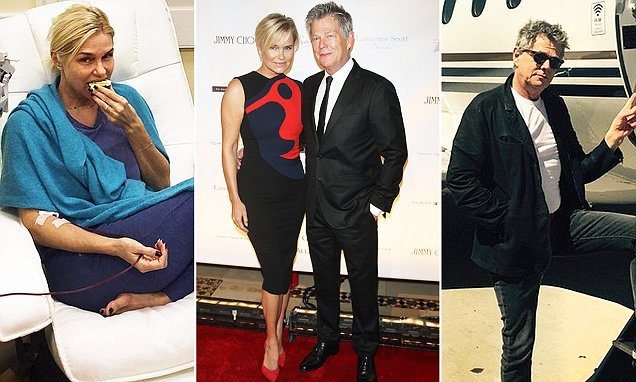 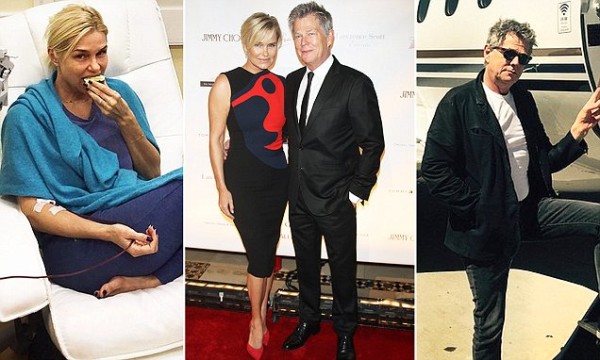 Tonight, season 6 of the Real Housewives of Beverly Hills started up with returning cast members Kylie Richards, Lisa Vanderpump, Yolanda Foster, Eileen Davidson and Lisa Rinna. In addition, newbies Kathryn Edwards and Erika Jayne-Girardi also joined the crew. As always, the episode began with a whole new intro that included new quotes from each of the women. I think Lisa V won this season with her quote, “I have a passion for dogs, but I’m not crazy about bitches.”

From the brief preview of the season, fans can look forward to getting some insight into Kim Richards’ arrest, Yolanda continuing her fight against Lyme disease, and, of course, a whole lot of cat fights between the housewives. Unfortunately, the show is a little bit behind and shows Gigi (Yolanda’s daughter) still in a relationship with singer Joe Jonas. However, this is no longer the case, as Gigi has quickly moved on to Zayn Malik. In addition, Yolanda is still with her husband of four years, David Foster, but the two just recently announced their divorce. Nonetheless, there is plenty to look forward to this season.

The episode opened with Housewives veteran Lisa Vanderpump warming up her pitching arm with LA Dodgers A.J. Ellis. A.J. comes to Lisa’s house to teach her how to throw, as she was asked to throw out the opening pitch at a baseball game supporting the LGBTQ community (which Lisa is highly involved in). At first Lisa’s attempts weren’t all too promising, however after her husband Ken tells her to imagine she is throwing the ball at Brandi’s face, Lisa is able to find her inner athlete.

Meanwhile, Lisa Rinna, who is undoubtedly the funniest and most modest housewife of the pack, is being filmed for an episode of Oprah’s Where Are They Now. Lisa jokes that she hopes to have a few more milestones in her career, as she doesn’t want her stint on the diaper commercial to be her legacy.

Fellow actress Eileen Davidson is still busy this season on the set of The Young and the Restless. Eileen points out that she is now playing the mother in a mother-daughter-boyfriend love triangle, which is a full circle for her, as she played the daughter in the same situation almost 30 years ago. Nonetheless, Eileen once again lacks personality in comparison to her counterparts, just as she did last season.

Shortly after, we see Kyle ordering new merchandise for her successful retail store. Following this, Kyle meets up with Lisa V for lunch at Villa Blanc (Lisa’s restaurant). During this segment, Lisa tells the confessional that she isn’t convinced that Yolanda has Lyme disease. It seems like these housewives are taking a page out of the RHOC playbook, as the same situation is currently being hashed out over on the other side of California.

Meanwhile, Yolanda is continuing to do anything she can to rid of her illness. She explains that she hasn’t been able to function properly since her diagnosis over 3 years ago. For the most part Yolanda is shown without an ounce of makeup on, which is admirable, as I doubt any of the other housewives would agree to do the show if they knew they were going to be bare-faced the majority of the time (although I do have to give it up to Lisa Vanderpump, 55, who takes off her shirt on camera to quickly change at the baseball game). In addition, Yolanda explains that she has been living in David (her then husband)’s condo in the city, as it is closer to her doctors and clinics. Her distance from David seems to foreshadow the marital problems that the couple inevitably had over the following months. Funnily enough, Gigi is further forced to live through her past relationships, as Yolanda is seen bonding with Cody Simpson’s (Gigi’s ex-boyfriend) mom, Angie.

It is definitely tough to see that the fellow housewives are so critical of Yolanda when she is evidently suffering a lot. Yolanda confides to Angie that if it weren’t for her kids, Gigi, Bella, and Anwar, she would have given up a long time ago.

None other than Lisa Rinna, who takes her two daughters out shopping, provides us with the best moment of the show. In confessional, Lisa is going on about how her daughter works at a deli and how she wants to instill a strong work ethic in her children. She then jokes, “I know too many women that have married men with money, who feel terrible because they have never done anything. I mean they have every [designer bag] known to man, they have everything, but does it really feel good…Probably. It probably feels great actually [laughing].”

The episode closes out with Lisa [Rinna]’s birthday dinner. All of the housewives are shocked to see Yolanda there, especially with not a stitch of makeup on. It is actually pretty surprising to hear Lisa [Vanderpump] in the confessional saying that she thought Yolanda should have taken 10 seconds to put a bit of concealer on. Later on, she also comments that if she were that unwell she wouldn’t have even shown up.  The lack of compassion seems to run in the Vanderpump family, as Lisa’s husband Ken tells the dinner guests (after Yolanda leaves early), “I told [Yolanda] she looked better, but I can promise you she didn’t.” Once again, Lisa [Rinna] wins best housewife of the night, as she criticizes how judgmental Ken and Lisa are being, especially when Yolanda opted to come in the vulnerable state she is in.

You can catch next week’s episode on Tuesday, December 8 on Bravo!

Lisa V, Kyle Richards, and their families jet off to Tuscany for a luxurious vacation. While there, Lisa crosses the line when she begins giving Kyle advice about her relationship with her sister, Kim Richards. Eileen and Lisa R visit Yolanda at her condo, where they realize how severe her condition has gotten. In addition, Yolanda encounters a big health scare as she undergoes another treatment for her disease.